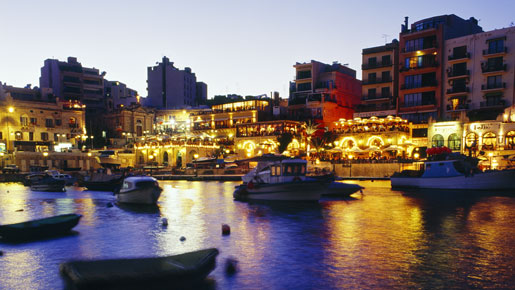 Malta, one of the smallest EU Members States, was the first to liberalise and regulate remote gaming operations. Rather than protect a local public monopoly, or champion some private operator, the Maltese legislator chose to champion and support all online gaming and betting operators which comply with its licensing regime – a regime which is open, accessible and transparent, aimed at granting the best level of protection to consumers while allowing operators to operate within the remits of a healthy, competitive, albeit regulated, environment.

In Malta, the gaming sector falls under the regulatory authority of the Lotteries and Gaming Authority (LGA). The licensing regime requires the operator to conform to a set of technical and operational rules and requirements that ensure that the operation runs smoothly and successfully and that, at the same time, players and Malta’s reputation as a serious financial services and gaming centre, are protected.

The outstanding feature of a Maltese licence is its robustness. This emanates from the fact that a Maltese licence is granted by a European Union Member State, pursuant to a methodical and assiduous licensing process and is supervised by a vigilant LGA. The Maltese legislator and regulator believe that on-line players are best served by proper regulation which protects them from crime, corruption and irresponsible gaming practices.

For this purpose, the regulator has, over the past years, put in place well defined procedures for every aspect of the remote gaming process. These include due diligence vetting prior to the granting of a licence, auditing and certification of the software system and regular supervision of all operations licensed in Malta. These testing and auditing procedures aim to ensure that the software systems adopted, including all Random Number Generators, as well as the game rules are fair.

Gaming and betting operations are subject to two kinds of direct taxation in Malta, namely: the Gaming/Betting Tax and the Corporate Tax on profits. The Gaming Tax is relatively low when compared to that applicable in other Member States and the tax payable is capped at a maximum of €466,000 per annum. With respect to operators operating from a host platform this tax cap applies to the aggregate tax payable by all licensees on the platform and the platform itself, resulting in a lower tax liability for each individual operator.

Malta operates a full imputation system of taxation which has been recently endorsed by the European Commission following Malta’s accession to the European Union. The tax paid by a company is imputed against the tax due by the shareholder upon a distribution of dividends by said company. Companies resident in Malta are subject to corporate tax at the rate of 35 percent. Upon a distribution of their profits, companies will be subject to a 35 percent Advanced Corporate Income Tax (ACIT), which is then credited against the corporate income tax, resulting in a tax liability of 35 percent of Malta tax paid. Post January 2007, shareholders are entitled to a refund of up to 6/7ths of the Malta ACIT tax paid. The refund system is granted by Malta on equal terms to all companies distributing their revenues as dividends to their shareholders, both resident and non-resident and independently from their legal form or status, the business activity exercised and the source (Maltese or non-Maltese) of the income derived by such companies. No further Malta tax is due on the tax refund in the hands of foreign shareholders.

However, a reputable licence and tax advantage are not the only reasons why a multitude of remote gaming operators are flocking to Malta’s shores. Over the past years, Malta has worked hard to improve its telecommunications infrastructure and to bring its internet connectivity capacity up to scratch.

English is the business language in Malta and it is fluently spoken by the absolute majority of the blue-collared workforce. Malta boasts a high standard of education with more than six percent of the population achieving graduate and post-graduate qualifications. The high concentration of remote gaming operators on the island has led to the development of a skilled workforce trained in odds compilation, game risk management and call centre support as well as many professional services firms specialising in the provision of corporate services and the delivery of remote gaming advice. The LGA itself has introduced training courses for people wishing to work in this industry.

About four years ago Malta embarked upon a project – becoming the European hub of remote gaming, a project which it seriously intends to see through to its full fruition. It has, for this purpose, developed the necessary tools and has learnt how to wield them. Indeed, the number of first-tier operators currently licensed in Malta, as well as the numerous start-up operations which are choosing Malta as their base speaks for itself.