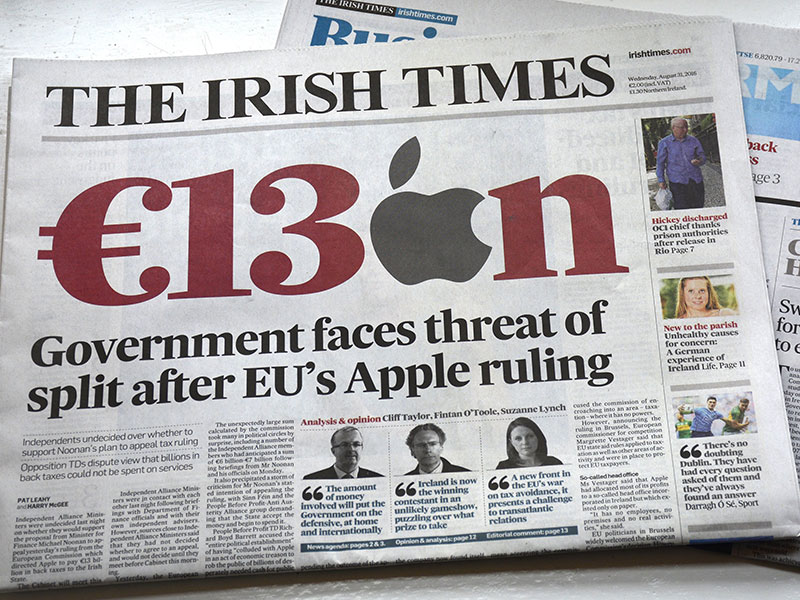 Apple is reported to be launching a legal challenge against the European Commission after a tax deal the company struck with Ireland was deemed to be illegal state aid. Apple was subsequently ordered to repay €13bn ($13.6bn) in unpaid taxes.

As reported by Reuters, senior executives at Apple have claimed the European Union’s regulators deliberately ignored the advice of tax and corporate law experts, specifically aiming for a ruling that would maximise the penalty levelled at the tech giant. Speaking to Reuters, Apple’s Chief Financial Officer, Luca Maestri, and General Counsel Bruce Sewell said the company is not an outlier in its accounting methods, and the European Commission is using it as a “convenient target”.

Enforcing the Commission’s demand would be impossible for the Irish Government, as it would mean violating past tax laws

Sewell also said enforcing the Commission’s demand would be impossible for the Irish Government, as it would mean violating past tax laws and setting different standards for resident and non-resident companies.

Apple is also expected to argue that holding companies – even if they hold no employees – are not necessarily inactive. This was another point of contention for the Commission, which argued that Apple Sales International and Apple Operations Europe were subsidiaries that only existed on paper.

The Irish Government is also appealing the decision, seeking to defend tax policies that in the past have won it the residency of several large, international businesses.

On August 30 2016, the Commission ruled that Apple’s tax arrangement with the Irish Government constituted illegal state aid, and ordered the repayment of €13bn in unpaid taxes. Apple quickly hit back, with an open letter from CEO Tim Cook accusing the Commission of re-writing the company’s history in Europe. The ruling also elicited anger from the US Government, which accused the European Commission of unfairly targeting US companies.

The outcome of the ruling will be a test of the Europe’s reach when it comes to enforcing corporate tax.