The global economy is still in intensive care and it’s having a profound effect on every global organisation, says Russell King, Advisor to Celerant Consulting UK. So how can management provide the best leadership across continents, cultures and attitudes? 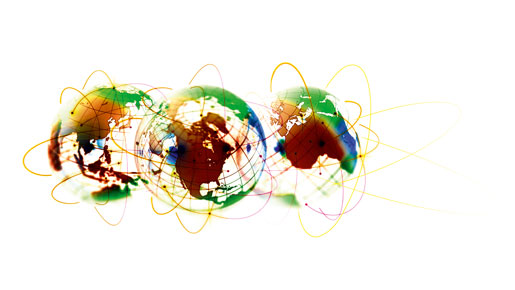 Our world is changing fast. Everyone knows this where technology is concerned, but itís happening across every sector. In 2004 for example, about 85 percent of the Top 40 global mining companies by market cap were from the developed world. By 2010 this had dropped to just over 50 percent, with the rest coming out of the developing world. So the competitors youíre going to face tomorrow are probably companies youíve never even heard of today.

Itís important, however, not to have a knee-jerk reaction to changes in your external environment. Donít mistake speed for velocity. Velocity has direction and speed doesnít. If your only concern is to react, you can soon find yourself speeding along in totally the wrong direction. One has to change and compete, but it has to be thoughtful and considered. Too many management teams simply donít understand this, so they donít spend enough time puzzling through the issues, discussing them enough so that they can pull out all the insider wisdom.

So what does it take to manage HPGOs in a rapidly changing and competitive world? Over the years, I have found that what I call the 5Cs are simple, practical and effective tenets for any leader who wants to bring about change. The first is Clarity. Making sure that everyone in the organisation is absolutely clear what it is youíre trying to do. Clarity of purpose is the single greatest thing that is correlated with business performance. When times are tough people want the captain to be strapped to the wheel steering the ship, not down in the cabin looking for the map.

Leaders need to create clarity and suck up uncertainty, but I often think that these days because managers want to be more open, they sometimes share their uncertainties with people. That ís not the role of a true leader. Their role is to reduce uncertainty and create absolute clarity of purpose. You need a clear view of the future that is carefully considered and evaluated and granular enough to inform choice as to how to allocate scarce resources to secure sustainable competitive advantage. In short, be a meerkat, not an ostrich.

The second C is related to the first and I call it Commitment. I recently worked with a very senior team in a major multinational and when I challenged them about their strategy as printed in their annual report, I was amazed that two people said they didnít agree with it because they thought it was unachievable. Commitment means ensuring that the entire leadership team is aligned – and everyone down the line is too.

The third element is Consistency. Are all your systems and processes aligned to your long-term vision? You canít give people mixed messages. All systems and processes must be aligned and then linked from top to bottom to provide accurate and timely data so that performance can be properly managed.

The fourth C is for Capability. Have you got the organisation, the systems, the money and the talent to do what you want to do? You have to ensure that your organisation is agile and diverse, with the right systems and processes to back that up.

The final element is Constancy. Itís a fact that most managers are really bad at keeping on doing the same thing. So saying and doing the same thing day after day is very important. It’s no good saying something three times, you’ve got to say it 300 times; in every meeting, in every internal communication. Too often senior managers say, ìWeíve told everyone to do that, now itís time to move on to the next initiativeî. You need a relentless focus.

Diversity of ideas and opinions

There’s one other crucial element for success – Diversity. I could have included it in capability, but because itís so important I like to treat it separately. Diversity is a topical subject, but because it tends to focus on gender, it often obscures other issues. Diversity is much more than gender.

I had a seminal experience of this when I worked at Anglo American. I was the first non-South African ever to sit on the Executive Committee. However, I was male and I was white. So when Anglo recruited a very high calibre female as its CEO it was a real shock to the old guard. She was the first non-mining, non-South African, non-male CEO and she brought a totally different, refreshing and challenging view of the future to the boardroom.

For example, most miners had come to accept that mining was a dangerous business and accidents would happen, often with fatal consequences. The new CEO didnít. She refused to accept that people dying was an inevitable consequence of mining ≠ even to the extent of shutting down mines that couldnít operate safely.

So diversity isnít just gender or ethnicity, itís also diversity of experience and opinion. You need people with different experiences, different backgrounds and different opinions. I believe that the more diverse the leadership team, the better and more effective it is likely to be. When ICI recruited somebody from Philip Morris to head its paints business he transformed the company from a producer to a consumer marketeer and moved the  business from barely profitable to the most profitable part of ICI.

Now, this has one pretty big caveat. The leader of a diverse team has to be much more skilled than one where everyone looks and thinks alike. Itís much tougher managing diversity than it is managing homogenous teams. If you want a quiet life as a leader, just manage people who are like you. They will look like you, think like you and do the same things as you. Thatís easy and youíll all get on well together, but you wonít be in good shape for the future.

Embracing diversity in its broadest sense may not be easy or comfortable, but unless we do embrace it we stand little chance of becoming a HPGO. It may not be hugely efficient at first, it may even be unpopular and painful, but failing to embrace diversity is sowing the seeds for medium-term underperformance and potentially, longer-term failure.

So my insights into successfully managing a HPGO are: Donít confuse speed with velocity; think and manage with clarity,  commitment, consistency, capability and constancy; and embrace diversity in its widest form. It makes really good business sense, but to quote J Edwards Deming, the guru of Total Quality Management: ìYou donít have to do this, survival isnít compulsory.