Additive manufacturing is not confined to plastic products. Metal parts produced by 3D printing will redefine a host of industries, from aviation to medical science 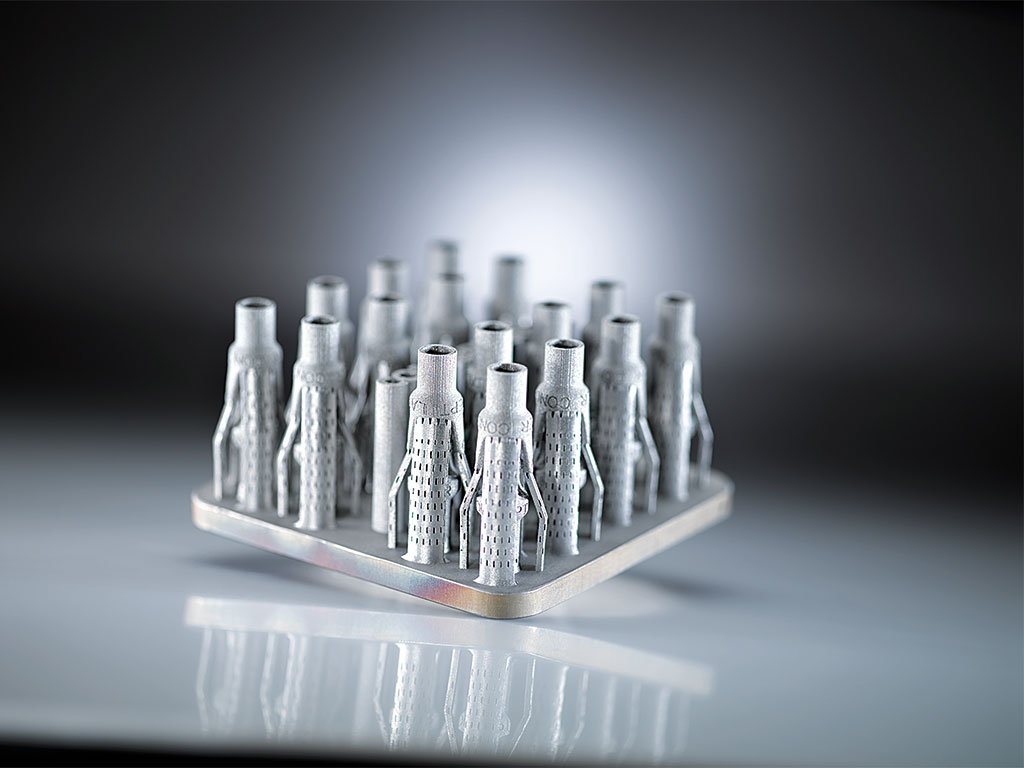 From early in my career, I have been fascinated by metal as a construction material, not least due to my training as a precision mechanic with Siemens; while studying mechanical engineering, the topic of metal processing particularly intrigued me. So, in 1996, I decided that what was possible with plastic sintering technology should be applicable to metal powder as well – the layer-wise construction of an end product using a laser. This idea ultimately led to the development of a manually operated test setup – the world’s first attempt at a 3D metal printer, so to speak.

Tensions in the part and incompletely molten metal powders were the major challenges I initially faced. However, after some hard work, we were able to overcome these challenges by developing stochastic exposure and using a solid-state laser, which my wife had been working with as a removal laser in mould construction during her diploma thesis. Based on this expertise, my wife, Kerstin Herzog, and I founded Concept Laser in Lichtenfels in 2000. We started with a very small team of four, and presented the world’s first industrial 3D metal printer at the Euromold trade fair in Frankfurt in 2001. Initially, the market was rather sceptical, because this method of manufacturing pure metal parts had been virtually unknown until then. Nonetheless, the whole team firmly believed in the technology and, after the pioneering years, success eventually came when some users grasped the strategic opportunities additive manufacturing (AM) was opening up. Alongside this, the machine technology, step by step, lived up to the ambitious expectations we had for it.

Industrial 3D metal printers do not fit on a desk; they have to assemble large geometries, and must do so at high speed with a very high level of precision

In hindsight, this was an industrial success, maybe even a paradigm shift, in the world of manufacturing that one very rarely has the chance to observe during a lifetime. Since then, the company has been growing continuously. Turnover, orders received and staff numbers have soared every year. Today, Concept Laser has about 65 patents and about 120 patents pending. Some 650 installed machines make Concept Laser one of the major driving forces of powder bed-based laser metal melting.

For me as a businessman, it is an immense challenge to control this growth, with an 88 percent increase in sales in the first half of 2016 alone, and a general increase of 30-50 percent within the last few years. As a technology leader, we want to use R&D to provide real impetus in the market, and this is why we reinvest as much capital as possible. The workforce grows by 30 percent a year, on average. Assignments and processes must therefore be repeatedly scrutinised and reorganised. As the leader of a family company, I am keen to see organic growth with real courage and a sense of proportion, because we have a great responsibility to bear – to our employees and to our customers.

Welcome to the future
In 2013, US President Barack Obama said: “3D printing has the potential to revolutionise the way we make almost everything.” This comment highlights the huge potential of AM, and suggests exploiting this potential can have powerful effects for new products, new applications and new functional solutions. Today, the aerospace industry, automotive industry, dental and medical technology, and lots of other sectors are focusing strategically on 3D metal printing as the manufacturing strategy of the future.

AM has evolved to become a visible symbol of the Fourth Industrial Revolution. It enables new business models and, in particular, new product ideas. This will have a lasting impact on how we view manufacturing in the future. Efficiency, time to market, freedom of geometry, bionic designs, lightweight construction, and functional integration are just a few of the buzzwords that intrigue designers and decision makers. The benefits in terms of conserving resources are also striking – there is less waste material coupled with a lower material input, as well as a low level of expenditure on energy during production. All in all, AM is a green technology. According to an assessment by Airbus, with a weight reduction of one tonne for each plane and a global market of around 32,600 new aircraft by 2035, there is the potential to achieve a saving of 46 million tonnes of kerosene and around 119 million tonnes of CO2.

Changing mindset
Previously, purchasers placed a conventional part on the table and asked what it would cost if it were melted by laser. Such an approach, however, failed to properly exploit the benefits of the process. Today, designers adopt a more systematic approach. Performance parameters are defined, and solutions that are suitable for the process are developed from them. Effectively, the component can be designed to suit AM. This does not just produce a surprising visual result: bionically designed lightweight parts can be, on average, up to 20-30 percent lighter than milled or cast parts. In some cases, the potential weight reduction is as much as 60-80 percent. It is important to record part requirements in terms of thermal and mechanical properties, and then develop them with a design that is specifically tailored to the process. Specifically, this means that not only can the parts do more, they are also lighter and have a different geometry. Ultimately, every gram of weight saved then means an increase in the profitability of the process.

AM courses are now being set up at universities. Young mechanical engineers will constitute the 3D generation of the future. This is the reason I set up the Concept Academy, which is intended to provide young people with an in-depth insight into our technology. The range of offers extends from student internships, taster days, dual study courses, and practical semesters through to final theses. It will be a generation unable to imagine a world without 3D printing, in the same way as life without the internet or a smartphone is inconceivable now.

Automatic additives
In the last five years, the machine technology for the laser melting of metals has been able to set new standards. Industrial 3D metal printers do not fit on a desk; they have to assemble large geometries, and must do so at high speed with a very high level of quality and precision. Materials such as titanium, aluminium, precious metals and high-performance alloys in powder form are used here. With multi-laser technology or large build envelopes, it is possible to build up 3D parts quickly and efficiently. This has taken the process from the niche area of prototyping and small-batch production to industrial batch sizes and series production in the 3D printing era.

The opportunities for new companies are great. Parts created by 3D printing are manufactured additively or with a mixed type of construction. Hybrid production combines the additive process for complex structures with traditional machining methods for producing simple geometries. Printing centres are currently expanding their production facilities, and there is already the prospect of the ‘smart factory’, in which the processes can be carried out automatically, in sequence, and with hardly any manual input.

At Concept Laser, we have developed new machine architecture, and the concept of ‘the AM factory of tomorrow’ on which it is based. Our new, modular machine technology, which can be expanded as much as you want, enables the decoupling of pre-production, production and post-production, so the various operations can be carried out simultaneously and physically separate from one another, which saves time and costs.

But the need for increased automation has also been consistently implemented. Processes that were previously done manually (for example changing the powder) will now be performed automatically, by means of chip-controlled, movable modules using a tunnel concept within the machines. By creating appropriate interfaces, conventional manufacturing methods can also be linked in, to name just one of the many features of our new machine concept. This is a logical step towards the smart factory of the future.