Over the years, counterfeiting has become a problem for the Swiss watch industry, but organisations such as the Federation of the Swiss Watch Industry are fighting back 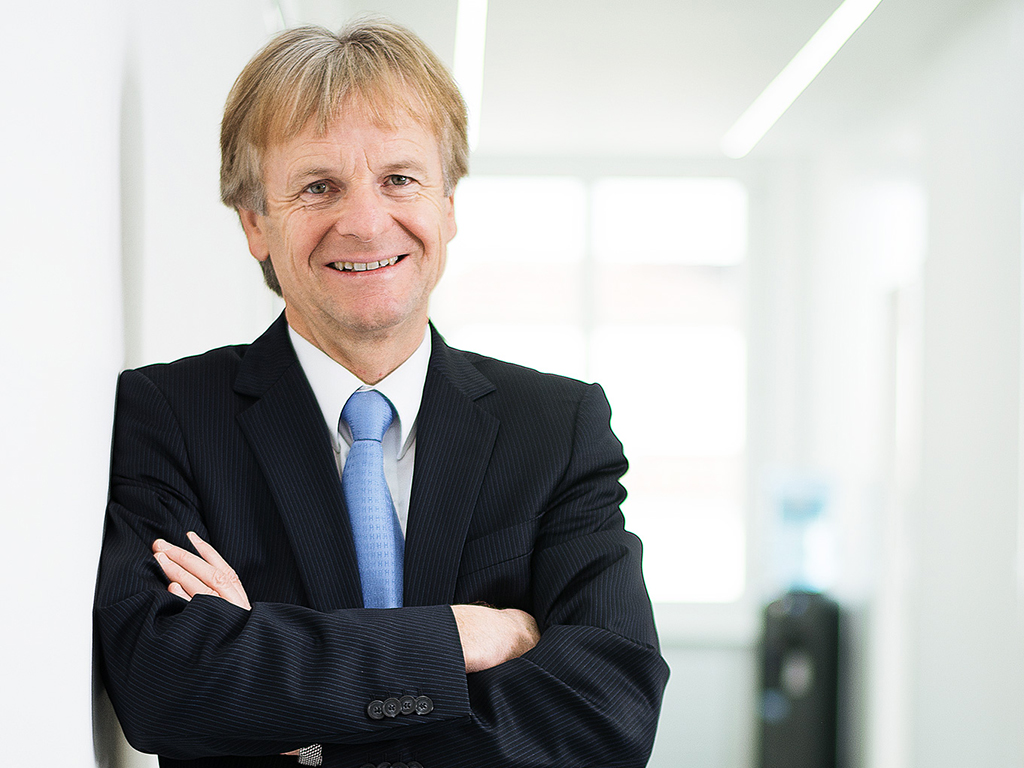 Jean-Daniel Pasche, Chairman of the Federation of the Swiss Watch Industry. The organisation holds global training seminars to make authorities more aware of counterfeiting practices, as well as monitoring the internet for circulation of counterfeit products
Management

As the third largest export industry, watchmaking has made constant progress even if it has experienced periods of crises, sometimes extreme, as was the case in the late 70s. The branch has grown strongly in the past forty years. Export sales have risen six-fold. The year 2014 saw further progress and branch exports were worth the equivalent of 22 billion francs, roughly two percent higher than in 2013. Admittedly, this growth is low but it occurred from an already high level as 2014 was the best year in the history of Swiss watchmaking. One of the strengths of the Swiss watch industry is its presence on all five continents. That enables the brands to spread their risks in the light of the economic trends on the different markets.

In 2014 [the FH] halted about 350,000 auctions of counterfeit Swiss watches offered for sale on the different hubs

For more than ten years now Asia has been the leading outlet for Swiss watches ahead of Europe, America, Africa and the Pacific region. The principal destinations for our products include Hong Kong, the United States, China, Japan, Italy, Germany, Singapore and France.

While the situation is looking more difficult in Europe and in countries such as China and Hong Kong, Swiss watch exports have made strong progress towards the Middle East and countries like Japan and South Korea. The trend of exports to the United States remains favourable and steady.

The Swiss watch industry has built its reputation on technical (precision, reliability, shock-resistance) and aesthetic (elegance, design originality) qualities and also on tradition and innovation. This is a world of extremes in which tradition and innovation are allied. This reference to ‘fine craftsmanship’ is founded on the perception that Switzerland benefits from ancestral expertise and a solidly established reputation for timepieces. These developments have not taken place overnight. They are the outcome of a permanent and coherent commitment on the part of the Swiss enterprises and brands.

The branch is founded on a number of prestigious, well-established and diversified brands. The brand is the most important reference for the consumer. It is a guarantee in its own right. Alongside the brand, the Swiss-made label is also a kind of collective guarantee. Consumers are attracted by this label and expect these watches to be manufactured in Switzerland. Moreover it is encouraging to note that Swiss watch industry enterprises have, in recent years, invested massively in new buildings, extensions and refurbishments in Switzerland. These are evidence of confidence in Switzerland as an industrial site and also of confidence in the future.

The Swiss-made label is regulated by an ordinance of the Swiss government dating back to 1971 and subsequently revised on several occasions. This ordinance stipulates that a Swiss watch must satisfy three criteria. It must contain a Swiss movement and have been assembled and inspected in Switzerland. Incidentally, there is no minimum criterion for the Swiss value content of the watch.

Nevertheless ‘Swiss-made’ remains a controversial subject in the branch. Over the years many voices have been raised to criticise the present definition. That definition in fact allows substantial room for the integration of foreign value components which give consumers the impression that they have been misled. Some people have no hesitation in expressing open criticism of our branch on this point.

Watchmaking circles have decided to react. They have asked the Swiss government to strengthen the protection of the Swiss made concept. The Government has launched the ‘Swissness’ project. This is a review of the trademark law which introduces in particular the requirement of a minimum Swiss value content of 60 percent for industrial products including watches calculated on the cost price including R&D costs, but excluding the cost of materials that are not available in Switzerland.

The Swiss Parliament adopted this project in June 2013 and the Government is currently preparing the implementing ordinances including a review of the ordinance of 1971. Over and above the introduction of the 60 percent content rate, the intention is to require technical development of the watch to take place in Switzerland. The consumer will then be able to rest assured that his Swiss watch has generally been designed and manufactured in our country. The new law is due to enter into force in 2017. It will allow the Swiss watch industry to fight more effectively both in Switzerland and all over the world against the many abuses to which this Swiss-made label has fallen victim.

At the same time, our branch is being confronted with another serious problem. That of counterfeiting.

Counterfeiting continues unabated and is a global phenomenon. Practically every tourist site is affected by this scourge. Moreover there is no longer even any need to travel since the counterfeit products can be ordered at the click of a mouse from your own home. We are of course well aware that a great majority of these copies are manufactured in Asia, especially in China, from where they are distributed all over the world.

Counterfeiting damages the reputation of the brands, so affecting their sales in the long run. To the extent that copies are becoming increasingly sophisticated making them harder to identify, legitimate brands are also losing direct sales. Believing that they are purchasing a genuine watch, for example on the internet, consumers in fact receive a counterfeit product. Counterfeit products also cause issues of public health since the counterfeiters do not respect the rules on allergies and do not use appropriate materials.

Through the Federation of the Swiss Watch Industry (FH), this industry is playing a particularly active role in the fight against counterfeiting.

It performs expert appraisals and analyses of copies so as to retain suitable evidence while at the same time identifying counterfeit product flows to define its action programmes.

It is taking part in public awareness creation campaigns both in Switzerland and abroad. These are designed to dissuade consumers from purchasing counterfeit products.

Awareness creation also involves training seminars which are organised all over the world to help the local authorities in their fight, especially the police and the customs authorities. A few recent examples include China, Thailand, Dubai, Portugal, Belgium, Cambodia, Serbia and the Czech Republic. The purpose of these seminars is to support the local authorities and establish very useful contacts.

The ultimate step which imposes a very real penalty on the counterfeiters consists in the destruction of their copies. On average, we destroy some one million copies each year. In 2014 just under 90,000 copies of Swiss watches were seized in Dubai, 20,000 in Greece and 90,000 in Morocco, together with hundreds of thousands in Asia.

The Swiss watch industry ranks number one worldwide and will do everything in its power to retain this leadership through constant efforts to innovate and maintain quality while also protecting its historic heritage, its brands and the Swiss-made label.