Following Richard Brasher's resignation at Tesco UK, many have questioned the man in charge of UK operations skills 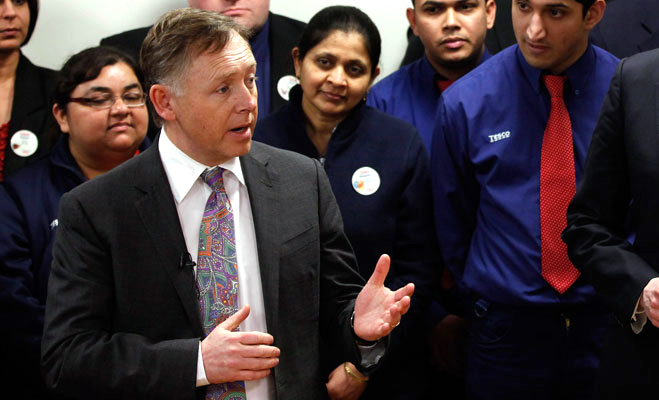 In a shock announcement earlier this month it became known that Richard Brasher would step down as chief executive officer of the UK retailer Tesco.

His role will be taken over by the chief executive officer of the whole Tesco group, Phillip Clarke.

The announcement followed after Tesco UK experienced a highly disappointing Christmas season. In January Clarke found himself in the unenviable position of being the first chief executive officer of Tesco in 20 years to announce a profit warning.

In addition, rumours are also doing the rounds that Brasher and Clarke did not get along very well.

Brasher was the man behind Tesco’s “Big Price Drop” campaign last year – which apparently failed to have the desired outcome. Tesco refused to comment on the issue.
Brasher only became ROI and CEO of Tesco UK in March 2011. Before that he was the company’s director of commercial and marketing operations. Previously he was also in charge of financial reporting at Coca-Cola Hellenic Bottling Company SA.

He became the Director of Commercial and Trading operations at Tesco UK in September 2003. In March 2006 he was appointed as Marketing Director of UK Operations. He joined Tesco in 1983 after a stint at RHM.

Clarke responded by saying, “I have decided to assume responsibility as the CEO of our UK business at this very important time. This greater focus will allow me to oversee the improvements that are so important for customers”.

Clarke denied that he and Brasher had a row and he was adamant that the announcement of Brasher’s departure “categorically does not signal another warning”.

He tried to play down the significance of the announcement by saying that there have been challenges in the UK market for some time and that he wanted to become more active in the day-to-day management of the supermarket chain. Brasher, he added, also recognised that a team cannot have two captains. He paid tribute to the role Brasher had played during his brief sojourn as CEO of Tesco UK.

According to Mark Kleinman of Sky News, who originally broke the news of Brasher’s departure, this proved that everything was ‘not well at Tesco’ – despite the company having dominated the UK retail sector for more than 15 years.

The company’s profit warning in January also sent shock waves through the UK retail industry since it was generally expected that Christmas retail sales would be significantly better than last year.

Earlier in March Brasher announced that Tesco plans to create an additional 20,000 jobs in the UK within the next two years.