Falck invests in the future of renewable energy

The first wave of renewable technologies are now well established. The next innovations will make better use of what’s already being produced 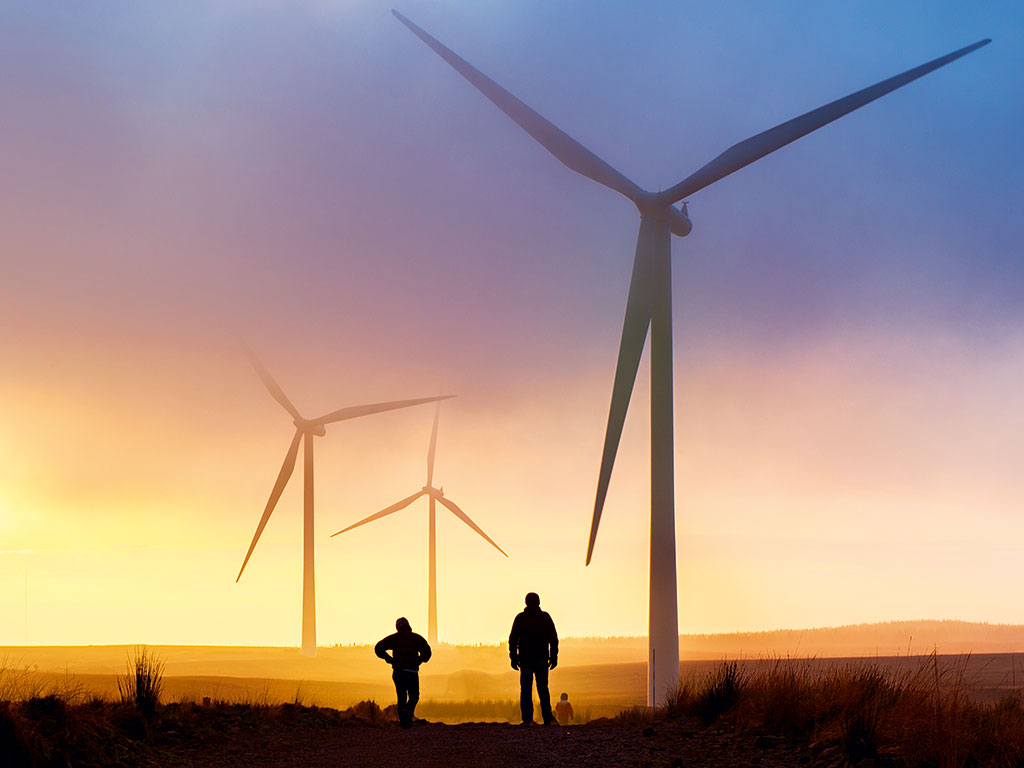 The energy landscape is shifting as a result of collapsing oil prices, the relative poverty of public policy agencies and the current economic environment
Management

I wouldn’t like to say that European energy data has in any way been tampered with, but it may be useful to point out that far and away the single most important source of ‘alternative’ energy within the EU continues to be the burning of wood.

In the official data, it hides under the trendier name of ‘solid bio-combustibles’ but, whether it is in the form of chips, pellets or logs for a fireplace, we still obtain most of it by cutting down trees. Burning combustibles – a very old technology indeed – still accounts for an astonishing 47 percent of Europe’s alternative energy. Since another 16 percent comes from ‘old school’ hydroelectric energy produced by conventional dams, I’d say there is still a lot of work to do. Truly alternative energies like wind farms and other kinds of solar generation have, at least in their present forms, a short past and a long future, and not just because of the very obvious environmental advantages, especially in these times of concern about global warming.

The collapse of oil prices and the relative poverty of public policy agencies in the current economic environment have slowed the deployment of these technologies, but both geopolitics and science have made a bright future inevitable. On the geopolitical side, instability and conflict in many oil-producing countries have made the energy independence that solar technologies allow – and we should remember that wind, too, is ultimately solar energy – very precious indeed.

Science, meanwhile, is well on the way to overcoming some of the last drawbacks of counting on the sun as our source of energy – the fact that it shines for only part of the day, and the fact that the yield is strongly influenced by atmospheric conditions. Wind still blows at night, but that is a time of day when many consumers may not need the energy it provides. Both of these problems appear to have a solution in sight, coming from recent and important advances in the field of storage technologies, which will allow us to have the alternative energy that we need precisely when we need it.

Gradual expansion
More farsighted operators have begun using the low prices available in this phase of widespread economic distress as an opportunity to rebalance their investment portfolios to benefit from the epochal change still underway in energy sourcing. I was particularly struck by the recent announcement by the Rockefeller family – well known both for its very great wealth and for the skill with which it is managed – that it will withdraw completely from hydrocarbons and move its investments to renewable technologies. The decision is all the more striking when you remember that the Rockefeller fortune is from oil money, arising from the founding of Standard Oil (today known as Exxon) by the first John D Rockefeller in the 19th century.

It would, however, be a mistake to consider that the solution to our energy supply problems comes exclusively from scientists and technologists. We have, for instance, seen what amounts to overbuilding of wind farms and other solar installations in recent years. Not that there are too many of them, but rather that, in many cases, enthusiasm and government subsidies have spurred a desire to get them out the door that outstripped the ability of their operators to run them efficiently in economic terms.

The pioneering phase has come to a brusque halt. Finding ways to operate these plants more efficiently and, let’s be frank, in a more business-like fashion, will be a major theme in coming years. At Falck, we are beginning to find that our knowhow in this field is becoming a valuable product in itself, one that may eventually even challenge the value of the electricity we generate as a contribution to our annual accounts.

Another important field for expansion – though it does not excite newspaper headline writers in quite the same way as the expression ‘new technologies’ – is that of achieving greater efficiency in using the energy we already have. Praiseworthy innovations like low-power lighting are worthwhile, but they only scratch the surface of the problem. Low-tech solutions like double-glazed windows and the simple installation of effective thermal insulation, for instance, can give huge returns in terms of energy efficiency.

Value from waste
This theme leads naturally to another, one in which my company is increasingly active – generation of power from consumer and industrial waste. We’ve recently built a wonderful plant in southern Italy, the first of its kind in Europe, that integrates two different energy sources, solar and biomass, to take waste and turn it into electricity in an extremely efficient way.

The system integrates a plant producing 1MWe (megawatt electric) of solar thermodynamic power, with another which generates around 14MWe of electricity, optimising the operation of both. We have, of course, patented every possible aspect of this new and very interesting technology, so please ask us about it if you want to know how to turn garbage into gold. Of course, it may be difficult for some people to enthuse about innovative uses for trash, but I assure you this is pretty exciting stuff. If you look at what’s been done, it becomes clear, now that all the pieces work, that we’re increasingly able to assemble the single parts into entirely new, and very useful, applications.

Finally, starting from this last point and by way of drawing to a close, I’d like to touch on one more area of development that we think will become increasingly important for our sector in coming years – ‘off-grid’ use. As we’ve seen above, most renewable activity so far has focused on generating power to pour into existing distribution grids. This is a useful – and in our case, profitable – thing to do, but it fails to exploit one of the most interesting characteristics of new renewable energy technologies.

Since these are fuel-less, after construction they don’t require major logistic support. That means they can be set down anywhere there is sufficient wind or sun to allow them to operate – even, for instance, on a sun-blasted seaside many miles away from anywhere. This implies (and I’m only choosing one simple example here) that we could directly link one of our solar technologies to a desalinisation plant where the sea borders a desolate desert and produce vast quantities of sweet, drinkable water where it has never been available before, turning what amounts to wasteland today into valuable real estate for both residential and agricultural development in the future.

Obviously, a related technology could also be used on a distant icecap, impossibly far from anywhere, to power a large research station or even an undersea mine, since there is now a lot of talk about possible resources in the Arctic. Renewable energy is an exciting field, and this is an exciting time to be active in it.