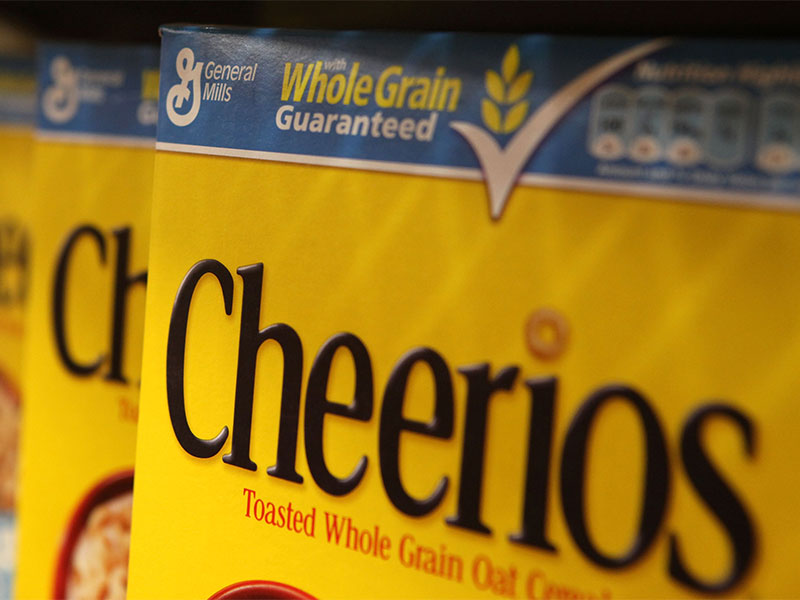 General Mills has been attempting to modernise for some time. The company recently made Cheerios gluten-free
Management

May 3 saw US food company General Mills promote COO Jeffrey Harmening to the role of CEO, replacing Ken Powell who has held the top job for almost a decade. Harmening will assume the post on June 1. The company, which owns several huge brands (including Betty Crocker and Haagen-Dazs), has recently struggled to remain profitable in the wake of changing consumer demands. Harmening, a 23-year veteran of General Mills, now has a tough job in getting things back on track.

“Jeff knows how to build talented teams and has extensive experience, both in the US and globally”, said Independent Lead Director Kelly Clark. “He is not afraid to challenge the status quo and he is a tenacious and resilient leader.”

Harmening will have to live up to this dynamic reputation in order to reform General Mills. Consumers in the US and Europe have recently begun to seek fresher food and smaller brands as a wave of healthy eating habits shakes up the market. With Harmening’s appointment, the company joins several other big US food manufacturers, including Coca-Cola and Hershey’s, in reshuffling management to respond to the trend.

The appointment is not the company’s first bid to adapt. In 2015, General Mills made Cheerios, its flagship cereal brand, gluten-free and removed artificial flavourings from its Yoplait line of yoghurts. It also acquired health-oriented labels, such as natural pasta brand Annie’s, and geared its venture capital arm, 301, towards investments in small food start-ups, which have been disrupting and fragmenting the market for years.

The most pressing question for Harmening concerns how best to reform the company’s yoghurt divisions. In July, General Mills announced plans to renovate this branch, where progress has been slow. The shift in consumer demand has led to fewer sales of ‘regular’ and ‘light’ varieties and greater interest in Greek, organic and beverage styles. Despite efforts to respond, General Mills last month reported a 20 percent fall in yoghurt sales across its departments, which dragged down its overall performance.

Harmening will now have to decide whether a more dramatic strategy is needed, such as a shift away from investment in small start-ups and a move towards bigger acquisitions. Rival yoghurt manufacturer Danone recently chose the latter route, acquiring WhiteWave, the owner of Alpro and Silk, for $12.5bn in April. Still, with this big fish now snapped up, Harmening’s options to reform are getting narrower.