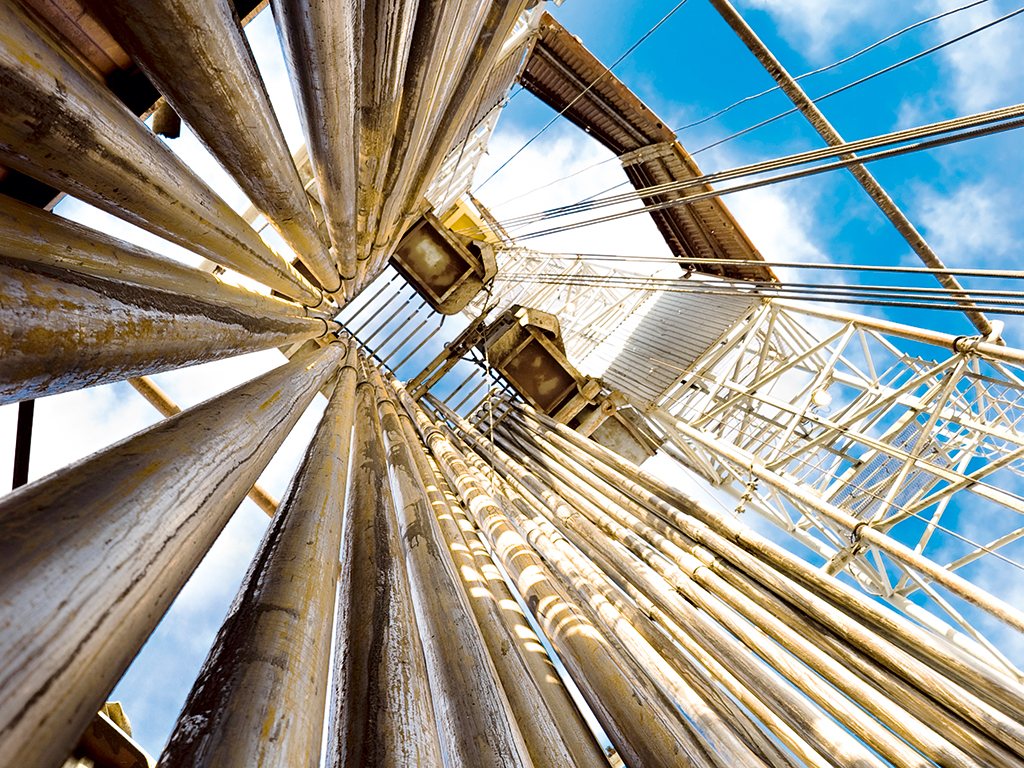 The world is producing vast amounts of oil, amounts which are not in demand, and this surplus supply has been at the forefront of crashing prices. The US market took charge in the past few years and added a further million barrels per day to their production for each of the past three years consecutively. However, the tumbling prices have forced US shale producers to take a step backwards and reduce drilling schedules, at a time when US oil production has reached near-record levels, with output of nine million barrels per day.

Negative impact
It is no secret the Gulf Cooperation Council (GCC) is feeling the pinch. The World Bank reported oil and gas revenue losses collectively in 2013 represented over half of the Gulf’s economies and 75 percent of total export earnings. If this significant drop does not rebound, GCC governments will face over $300bn losses in oil revenues in 2015. However, it was recently decided in Vienna that OPEC will not reduce its production and will cap total daily production at 30 million barrels. When oil was trading at $100 per barrel, OPEC was reportedly earning $3bn a day. Shale production has undoubtedly sliced into OPEC’s market share and so the cartel has shifted pressure to shale producers to reduce their daily production and stabilise the pricing.

This manoeuvre could be taken as a hostile move towards non-OPEC producing countries. However, OPEC’s General Secretary, Abdullah El-Badri, said at a panel discussion at the World Economic Forum: “It’s not directed at the US or tight oil. It’s not directed to Russia. It is a pure economic decision by our ministers and we supported it.” He later added: “If we cut [supply] we will have to cut again. Because this non-OPEC supply will keep producing. They will replace us.” This business strategy was not received positively; the IMF warned smaller oil and gas exporters such as Iran, Algeria, Iraq and Libya will fall on hard times with the price fall. Iran’s future strongly depends on whether a nuclear deal is reached and oil sanctions are lifted. If so, the economy will flourish. But this progression in politics will not be received enthusiastically by neighbouring cartel members.

We have witnessed mixed reactions from the Gulf states and deep consideration will be given to spending habits in 2015 for the entire region. Oman and Bahrain will feel the most pressure, and Bahrain has even been reported to have turned to its allies for budgetary assistance. Oman, a non-OPEC member, publicly criticised OPEC at an oil conference in Kuwait. Mohamed al-Rumhi, Minister for Oil and Gas, said: “I fail to comprehend how market share became more important than revenue.” OPEC globally controls 80 percent of the world’s oil supply. The UAE has always used countermeasures to lessen its dependency on oil sales, and again is rethinking strategies to seek out other sources of revenue, including a tax on remittances. The UAE is fortunate in that it is the third-largest recipient of foreign direct investment in the West Asia region. In 2013 alone it attracted $12bn. However, it should be noted a portion of this investment was directly into oil and gas opportunities. Saudi Arabia, with cash-rich reserves of over $700bn, can afford to ride the wave, but, despite this cushion, its government is considering increasing energy and fuel prices to reduce the impact.

Beneficiary boost
Not all countries are affected negatively. Tunisia based its forecasts on a reduced oil price of $95 per barrel. Reduced oil prices will result in less spending on energy subsidies and lower costs of production, including transportation of food. Low income earners in Tunisia could see positive income gains of up to three percent. The Lebanese government is certainly not distressed at the lower oil prices, as their national electric tariffs have remained unchanged since 1996, and costs are only fractionally covered, with the government having to fork out the difference. The overall economy will leap proactively; even the trade deficit will fall. In Jordan, the government can even identify the precise amount it looks to gain: around $300m, which was the difference budgeted in an effort to assist households. This assistance was designed to kick in once oil prices fell below $100 per barrel. Egypt has been experiencing critical demand surpassing its capability to produce. Cheaper oil prices give the government alternative markets to explore to meet the rising demand. In all these scenarios, it is the citizens who will stand to gain, as they will be less dependent on remittances sent from their loved ones working in the Gulf countries.

The aviation industry cannot hide its excitement either. Airline shares have seen a substantial rise in the first quarter of 2015. Share prices rose a shocking 91 percent, doubling in value in the first quarter of 2014. In 2013, $48bn was spent collectively by airlines on fuel; it is a primary operating expense. Unfortunately, the savings have not filtered down to passengers, as ticket prices remain at an all-time high with most leading international carriers.

Emirates Airline is a big winner in the current situation; the company is on course to become one of the first international carriers to pass $1bn in profits (anticipated by May 2015). Tim Clark, CEO of Emirates, stated in his 2015 Gulf Business Power Letter: “With oil prices dropping – for the first time in years – the global economy has been given a fighting chance to get back on a reasonable footing.” Notably, he added: “In 2015, the airline industry is set to reap the benefits of declining oil prices. The industry will also see unprecedented profits.”

Motorists worldwide are reaping the benefits too. In the UK, a petrol price war is looming between supermarkets. Tesco took the bold step of reducing prices and others soon followed suit. This has given motorists some much-needed financial respite in Europe, and access to more disposable income to better their daily lives. Stanley Smulders, Senior Vice President at Mitsui OSK Lines, said the falling oil prices are “very good news” for the shipping industry and that “we will enjoy it as long as it lasts”. But how long will it all last? There is no certainty; we cannot predict markets but we can agree the drop has been long overdue, and that it is only fair to shift the balance in favour of the consumer and those industries that suffer the most when oil prices are high.