If there’s one thing Gucci’s good at, it’s fighting back

Gucci has undergone a shakeup this year, after its CEO and Creative Director departed amid falling sales and weak reviews. But flux defines the world of fashion and change is exactly what was needed 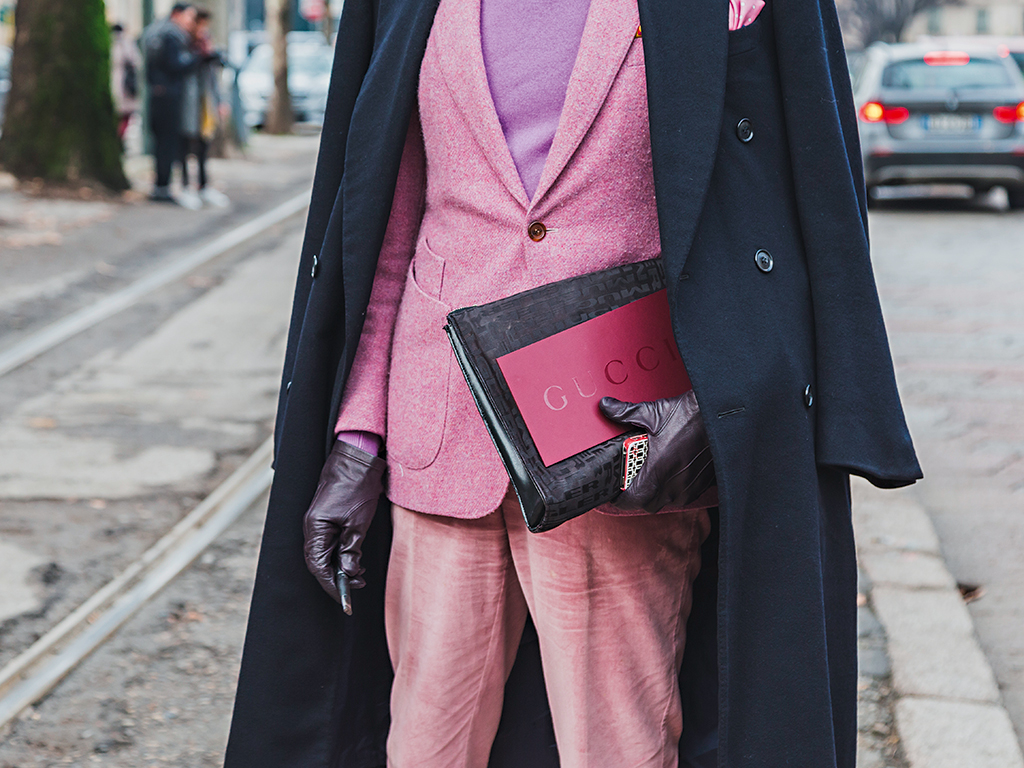 Gucci has a remarkable ability to bounce back from turbulent sales, changing its management regularly over the years. Creative directors such as Tom Ford have propelled the brand into new and innovative territory
Management

High-end suitcases, leather shoes and oversized handbags, topped off with a splash of that double-G logo counterfeiters can’t seem to get enough of; the name Gucci conjures some pretty clear images. But today the logo-heavy merchandise that helped the Italian luxury brand soar to success has been replaced by a subtler and arguably more creative type of fashion. As the industry has moved beyond out-there, look-at-me symbols, brands such as Gucci and Versace have started to feel the effects.

In January, the luxury industry saw its biggest shakeup in a decade, with Gucci CEO Patrizio di Marco and Creative Director Frida Giannini both stepping down. The pair had witnessed five quarters of next-to-nothing growth, with sales tumbling €851m (1.9 percent) in the third quarter of 2014 and 2.4 percent in the quarter before that. Giannini had suffered poor reviews of her recent collections and found herself dismissed a month earlier than planned, as her autumn collection was scrapped and completely replaced.

Troubled times
Sceptics have been quick to speculate that Gucci could be headed for its demise. But the brand’s life thus far, like the wider fashion industry, has been defined by flux and change, success and failure. If that’s anything to go by, the current slump and its resulting shake-up could create a much-needed opportunity for a new vision, a stronger sense of creativity and a fresh perspective that could see the brand revived in a new form; something its latest collection – Urban Romanticism, showcased in January – has already laid the groundwork for.

From the word go, Gucci found itself defined by ups and downs. It wasn’t until the 1960s and 1970s that the brand – founded in 1921 by a porter – took off as a luxury label and experienced its first high. An image overhaul saw its printed scarves and leather apparel become signature must-haves in the high-end market, with the now-iconic double-G printed fabric making its first appearance in 1969. Profits soared, propped up by an appetite for big and bold logos throughout the 70s and 80s – a trend that propelled the brand towards a level of success matched only by the likes of Chanel, Armani and Versace.

However, in the late 1980s the brand started to decline again, with popularity shrinking and profits suffering as cheap accessories, embellished with the signature logo, began replacing bigger sales. The damage came to a head in 1993, when the brand suffered $22m in losses. As in the early rise to prominence, however, this low point created an opportunity – this time for a creative and cutting-edge designer to take the reins and steer the brand in another new direction, in line with the changing tides. That individual was Tom Ford.

Highs and lows
The new, forward-thinking creative director turned the brand around from 1994, shifting Gucci’s focus to iconic pieces – including its signature crocodile loafers – and giving a retro nod to the swinging 70s. The image change and a substantial advertising drive succeeded, even when the Asian financial crisis was packing a punch to rivals. Ford brought in new products, moving shoes, handbags and fragrances from accessories to objects of desire in themselves, and sexed up the brand through racy ads. One photograph was almost banned for depicting a woman revealing a G-shaped design down below, “intended to be the ultimate ironic pun for a sexy brand in a logo-led age”, Gucci claimed. The efforts paid off; the brand’s IPO in 1995 saw shares 16-times oversubscribed, and by 2000 revenues had hit $2.25bn, with a profit margin of 47 percent.

When Ford left in 2004, critics widely argued Gucci had lost its edge. “Getting rid of Tom Ford was a huge mistake”, says retail consultant Dean Aslett. “Under Frida Giannini, the design became a lot more gaudy and logo obsessed.” Giannini still saw some success, injecting a feminine element into the collections and blending new ideas with heritage. But the criticism she received for her later collections demonstrated the reality that luxury brands need frequent change to succeed.

Some critics believe the brand is now beyond rescue, irrevocably damaged by a changed market. “Fashion has moved on and evolved into something a lot more creative with Rick Owens, JW Anderson, Raf Simons and so on”, says Aslett.

A changing industry
It’s true that brands like Gucci face tougher competition than ever before, with smaller labels able to market themselves more effectively since the dawn of the digital age. But it seems wrong to dismiss Gucci as past it. The brand’s history shows that its most successful periods have been driven by initial failure – and that the only way of keeping a luxury brand in constant motion is through overhauling its key creative minds.

Gucci has already set about making promising moves; in October it revealed it would be working more directly with Asian markets to reverse falling sales. Furthermore, a brand elevation strategy, implemented under Di Marco, marks an attempt to reposition the brand by moving away from the logo-centric designs, which accounted for around two thirds of the brand’s revenue in 2014.

There are other indicators the brand still has hope of succeeding; Gucci handbags are still performing strongly, accounting for 32 percent of the company’s retail sales according to WWD, and the brand still represents almost two thirds of parent company Kering’s total annual revenue.

A bold approach
Luca Solca, an analyst at Exane BNP Paribas, is among those optimistic about Gucci’s future. “Gucci will benefit from new ideas and fresh energy. The key to stay relevant in luxury goods is continuing reinvention”, he said. And Gucci has so far proven the supporters right. The new collection, showcased in January, suggests an edgier, more daring and forward-thinking approach – reminiscent of Tom Ford’s drastic changes – with elements of womenswear incorporated into its menswear collection.

The fresh air breathed in by new Creative Director Alessandro Michele has already started stirring up excitement. “If there’s a season to see a Gucci show, this is the season”, notorious fashion consultant Nick Wooster told The New York Times, prior to the brand’s January show, which saw the older runway style revitalised with a new U-shaped catwalk, as if to reflect the new, rule-breaking image. “This is a different Gucci”, Robert Rabensteiner, Fashion Editor of Italian men’s magazine L’Uomo Vogue said. “I loved it.”

“No brand remains popular forever in the fashion business”, says Aslett. “It’s about change.” But it’s exactly that element of change that Gucci has always specialised in. If the likes of Bottega Veneta and Yves Saint Laurent can still succeed – with sales growth of 12 percent and 26 percent respectively in the first nine months of 2014 – there’s no reason Gucci can’t. That’s if it can capitalise on new opportunities and shed its skin, using the current low to build in a way that has defined its history.