Europe has been reliant on Russian oil and gas for too long. If the US ends its export ban, it can help its European allies free themselves 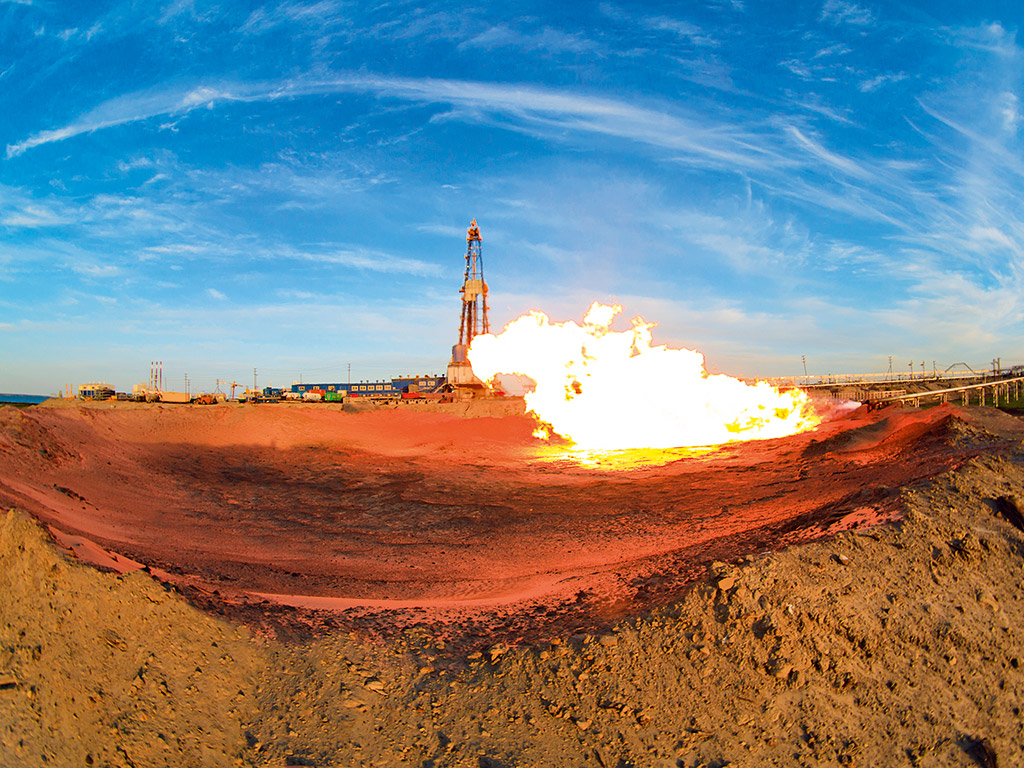 For years Europe has depended on Russia for its crude oil supplies. But with increasing conflict in Ukraine, the continent’s political leaders are keen to move business elsewhere – particularly to the US
Management

For well over a century, oil is what has made the world go round. Wars have been fought over it, fortunes made from it, and areas that had previously been dusty desert towns have been transformed into lavish skyscraper-clad cities off the back of it. Oil’s importance to the global political landscape – despite what environmental activists say – remains as crucial as ever.

The US, the global superpower of the last 50 years, already has plenty of the stuff, and has just uncovered even more with new drilling techniques. However, instead of selling it to the rest of the world, the US continues its crude oil export ban – a policy over 40 years old – to protect consumers from rocketing prices. However, with the recent political instability in Ukraine being stirred by an increasingly mischievous Russia, as well as seemingly endless problems in the oil-rich Middle East, is it time America turned on the oil taps for its energy-hungry allies?

The recent situation in Ukraine has made European leaders realise a divorce from Russian oil and gas is more necessary than previously thought. Russia’s vast reserves of natural gas and oil have given it great influence over its European neighbours.

Weaning themselves off Russian oil and gas could prove difficult for European countries, and it would not be a fast process

According to the European Commission, Russia provided the EU with 34.5 percent of its crude oil in 2010, while 54 percent of all energy consumption came from outside the EU. According to the US Energy Information Administration (EIA), Germany takes 24 percent of Russia’s natural gas exports, and has an 8.7 percent share of Russia’s foreign trade. German firms are also reported to have €16bn worth of investments in Russia.

Background to the US ban
As Germany has ascended to the dominant position in European politics, Russia’s grip over the country has become an EU-wide issue. It is complicated further by Germany’s resistance – in light of the Fukushima disaster – to nuclear energy.

While Germany remains its biggest customer for crude oil, Russia also provides most of western Europe with natural gas. Weaning themselves off Russian oil and gas could prove difficult for European countries, and it would not be a fast process, but there are alternative sources. The US could fill the energy gap were it to lift its crude oil export ban.

The US crude oil export ban stems from the 1973 oil embargo enforced by a number of Arab countries. The price of oil soared as a result, and so US policymakers decided to ban exports to protect US consumers from higher prices. More crude oil would be kept in the US, meaning the country didn’t rely on overseas imports that would fluctuate as a result of political whims. However, according to the US EIA, crude oil imports rose during the 1980s and at the turn of the century, in spite of the ban.

With the advent of shale fracking giving the US energy industry a massive boost, a crude oil export ban seems detrimental to domestic industry and appears to have had little effect on domestic prices. According to the US energy department in January, domestic oil production has hit levels not seen since 1970 and is expected to rise to an average of 800,000 barrels a day by 2016. While the energy needs of people are greater than they were in the 1970s, the US is now the largest producer of petroleum and natural gas hydrocarbons in the world.

Good for everyone (except Russia)
Some have called the US crude oil export ban outdated and harmful to the competitiveness of the country’s producers. Harold Hamm, founder and CEO of leading Bakken oil producer Continental Resources, told the senate in January that oil is being exported as refined fuel, which is giving an advantage to some foreign operators:

“Unlike exports of crude oil, exports of gasoline and other refined products are not restricted. Under current law, our government is subsidising some US refiners – many of which are foreign owned – by giving them the ability to buy American oil at artificially low prices yet sell petroleum products into higher-priced global markets. In fact, with exports approaching four million barrels per day, petroleum products are America’s second leading export, making up nine percent of the US total.”

Hamm believes that the US crude oil export ban should be lifted to help independent producers compete. “Major oil companies are exporting refined petroleum products like gasoline and diesel with no limitations. Why shouldn’t independent producers be allowed to do the same? Are we to be their milk cows forever? This would be equivalent to telling American farms they can’t export their wheat, yet allowing Pillsbury to export all the processed flour they want,” he said.

US policymakers have also called for the crude oil export ban to be lifted, while permits for exporting natural gas should be granted with far greater speed. John Boehner, the Republican Speaker of the House of Representatives, told reporters in March that helping US allies to become independent of Russian oil would also boost the domestic job market. “We should not force our allies to remain dependent on Putin for their energy needs. Ending this de facto ban and expediting approval of natural gas is one clear step the US can take to stand by our allies and stand up to Russian aggression, while creating American jobs at the same time.”

Norway or nuclear?
Closer to home, Norway’s vast amounts of oil and natural gas could help the EU keep the lights on. This may be becoming a trend already, with Norway’s state-owned producer Statoil selling more gas to European countries than Gazprom in 2012.

Germany’s decision to rule out any new nuclear power stations seems misguided in light of concerns over energy security. Of course no one wants to see an event like Fukushima in mainland Europe, but modern power stations are far more secure than the old and battered one that caused such devastation in Japan in 2011.

If the US and Europe are to continue criticising Russia over its foreign policy strategy, both need to make changes to the way they manage energy. European leaders are in a tight fix over whether to stand up to Russian threats, but the situation could be made much easier if the US was to offer its own oil and gas.