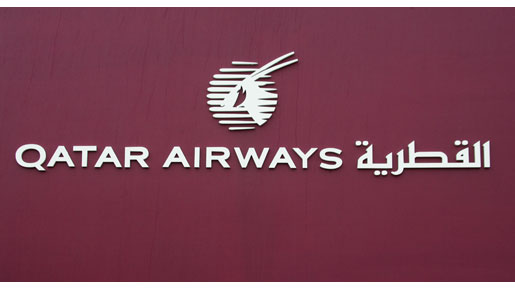 The recently-introduced Doha-Geneva route has been upgraded with an additional flight taking capacity up to five services a week. Qatar AirwaysQatar Airways’ New York (Newark) service, operated via Geneva, also sees its capacity increase to five flights a week.

Launched this summer, the Doha-Geneva-New York route has proved extremely popular with business travellers from Qatar, neighbouring GCC countries and feeder markets across the Indian subcontinent.

Effective from November 27, the airline will launch four flights a week non-stop from Doha to the Swedish capital Stockholm, making the airline the first from the Gulf region to serve Scandinavia.

Aircraft on the Moscow and Berlin routes will be upgraded from the Airbus A300, which are gradually being phased out of Qatar Airways’ fleet, to the state-of-the-art two-class Airbus A330s offering slightly more seating capacity.

The changes on the Moscow route, operated daily, become effective from January 12, while the four-a-week Berlin flights will switch to the A330s in mid-February. The A330s provide passengers in every seat with their own individual interactive audio and video inflight entertainment system enabling them to have total control of their programming – watching and listening at the time of their choice.

Qatar AirwaysQatar Airways is also planning to launch its second 2007 winter route on December 12, with daily non-stop flights to Ahmedabad in the western Indian state of Gujarat, taking the airline’s capacity to India up to 51 flights a week across eight cities.

“We are committed to delivering the best possible levels of service to our passengers through our wonderful inflight product, additional frequency and new routes,” said Al Baker.

“2007 has been a fantastic year for Qatar AirwaysQatar Airways and we look forward to consolidating our position as an airline of strength and successfully meet the demands of passengers who today are looking for more flights and more choice.

“Our new Geneva and New York services have proved extremely popular in just four months since their launch and demand has necessitated us to increase capacity to these destinations this winter.”

Qatar AirwaysQatar Airways currently operates a modern fleet of 58 all-Airbus aircraft to 79 destinations across Europe, Middle East, Africa, Far East, Indian subcontinent and North America. The highlight of this year’s expansion has been the launch of flights to New York (Newark) and Washington DC – the airline’s first move into the North American market.

With a growing international network, more travellers have an opportunity to use Qatar AirwaysQatar Airways’ Premium Terminal at Doha International Airport, exclusively for departing First and Business Class passengers.

The Premium Terminal features facilities including a spa, jacuzzi, exclusive duty free shopping, business centre and fine dining restaurants. Built in just nine months, the US$90 million terminal is the world’s first commercial passenger building dedicated to First and Business Class passengers and offers departing and transit passengers an excellent opportunity to relax and unwind prior to their flight.