Thanks to Satcom1’s aeronautical satellite communication solutions, the technology available on business aircraft today rivals that of any well-equipped office in a big city, except it’s at 30,000ft 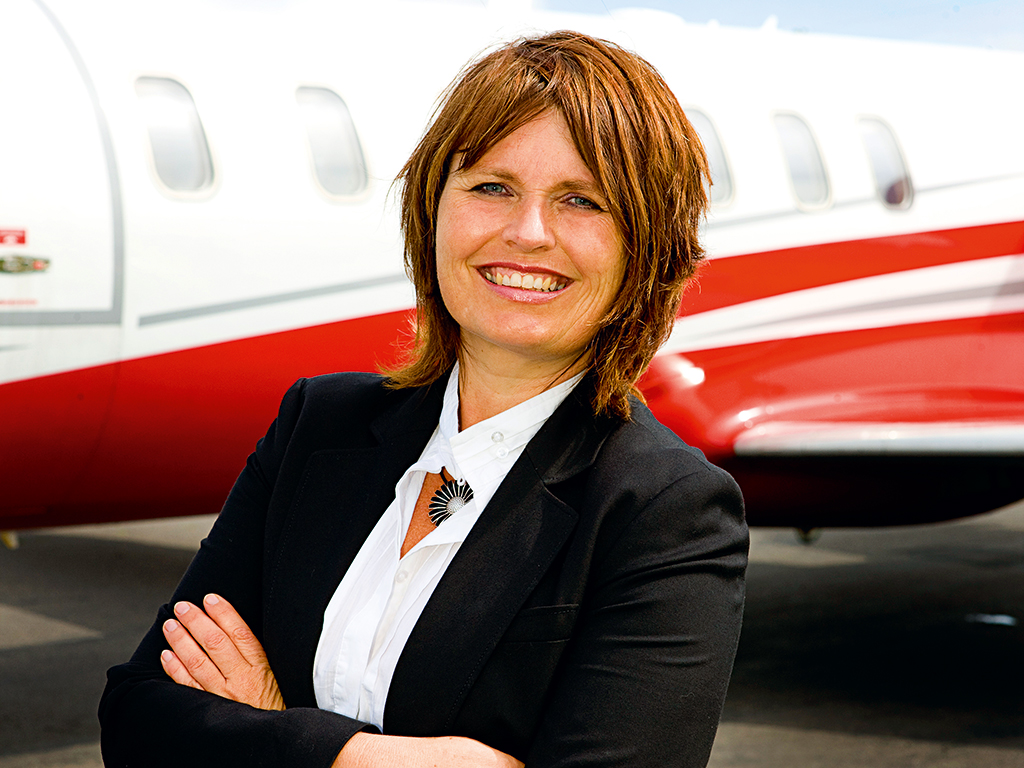 When it comes to business travel, there is really only one way to go: executive jets. No other mode of transportation offers the flexibility and the resources that a well-equipped business aircraft can offer; everything is customised to individual requirements, from accommodating schedules to the internet speed onboard. To be able to make travel time more efficient and productive is a valuable tool for top-rate executives.

But it has not always been this way. Over the past decade the aviation industry has changed a lot and grown at breakneck speed. Karina Larsen, CEO of Satcom1, an aeronautical satellite communications solutions provider, says that even though observers expected the private aviation industry to shrink in the wake of 9/11, it in fact expanded.

“Actually what happened is that a lot of private individuals and businesses realised they need to have business jets as a matter of risk management,” she explains. Satcom1 went live in 2003, just as the industry was booming and there was a real gap in the market for adequate communications provisions for business jets.

“The first satcom system was introduced in 2002 introducing internet and email on board the aircraft, and that was really a defining moment in aviation. A lot of new aircraft purchases were borne out of this development, but there was also a major impact in what type of communication companies could do in the aircraft.” According to Larsen, the private aviation market is showing no signs of slowing. “Between 2012 and 2022 it is estimated that anywhere from 6,500 to 10,000 new business jets will be purchased,” she says. And that number doesn’t include the retro-fit market, where buyers acquire older models and re-fit them with new technology.

Improving the private aviation industry
Larsen has also observed another change in the industry. Traditionally, pilots dictated the specifications of any new business jet, but that is not always the case anymore. “Pilots were the primary decision-makers,” explains the CEO and engineer, “he or she would lay out the cockpit to match their requirement to operate the craft, and they also focused on capacity and route limitations. These were the core issues when delivering an aircraft in the early 2000s, but now, while the pilot still makes some decisions, there is a lot more talk about what communication is available at the back.”

This is a fundamental shift in the way aircraft are commercialised and manufactured; it also presents a lot of opportunity for Satcom1. “There is a need to provide business jet owners and users with the ability to be fresh after a flight, or to work for 10 hours without interruptions, or to be fully available to communicate with during a flight, have a video conference in the sky with your staff, this is where we need to differentiate ourselves from the competition.”

Larsen describes the shifting industry as a “highway in the sky” that is “kind of overloaded right now”, but technology that is in the pipeline will optimise the capacity on this highway. “The new technology they are implementing on computer data, the aircraft can fly closer to each other, communication towers will have a better idea of incoming and outgoing flights and that will mean on take-off and landing they actually reduce the time between aircrafts. It will improve operations.” All of these developments are dependent on technology similar to what Satcom1 delivers.

Ingenuity and innovation
Larsen is an engineer by trade, who has worked in both the telecoms and aeronautical industries, before combining the two at Satcom1. In the late 90s she met the founder of a large satellite hardware manufacturer, who was about to introduce the first voice capable modem in an aeroplane, she joined the company and learned the ropes of the budding industry. “At the time you needed to configure the satcom on the aeroplane, you even had to calibrate the antenna by making a 360 degree turn with the aircraft, which obviously requires a lot of space,” she remembers. “So there was a lot of learning.”

Command from the clouds Working closely with the engineering and IT departments, Larsen launched the second-generation internet and email capable modems, before leaving for a different position. But her interest in aeronautical satellite communications solutions never faded, and in 2003 Larsen joined forces with two partners – one has since departed – to launch Satcom1.

Because of Larsen’s technical background, Satcom1 has always been a very innovative company. Responding to demand from clients, it is about to launch satellite communications for helicopters.

From 2014 the company will be providing its services to all sorts of helicopters, “from private crafts that require onboard televisions, to service helicopters that pick up refugees in remote locations”, explains Larsen. “The challenge has always been to manage the rotor wing, so we had to redesign the network in a way that it compensates for the fast interruptions. It involves a lot of satellite and hardware improvements and we will be ready to launch in 2014.” She relishes the challenge, and this permeates everything that Satcom1 does.

Satcom1 provides complete satellite communication services for aircraft, from system selection and design to airtime service activation and detailed billing. “We, the founders of Satcom1, felt and still feel today that we are the glue that connects the various parts of the industry together. We saw back then that customers buying brand new aircraft who also got satellite communication systems installed, found it didn’t work on delivery, and a few months later it still didn’t work; the people who installed the line said it should work, the people who sold the hardware insisted it should work, and the person who did the wiring said it should work, but no one took responsibility for the final product. For me an aircraft is a huge investment and I wanted to take that responsibility. I wanted to join all the dots of this industry.”

From A to B
From the perspective of private individuals and companies, Larsen believes that investing in adequate solutions for business jets now is about risk management and efficiency.

“Companies don’t want CEOs and CFOs on the same aircraft, for example; they are thinking differently in terms of risk. They are also looking for more efficiency in getting from A to B,” she explains. “Time matters. Before 2007 it was maybe okay to take a long route to get somewhere, but during the crisis you had to be focused or you had to generate new markets, so time started to matter even more.”

Meanwhile, the private aviation market continues to grow, especially in emerging markets, and Satcom1 is expanding its aero satellite communication business in new regions. “We want to grow in Asia and continue our growth in the Middle East. The BRIC markets also account for satellite communication,” says Larsen. “Brazil is big in aviation as Embraer is located there. India is growing but it is still lacking infrastructure. There is the money, but there is nowhere to land the jets. China is very interested and wants to be well-equipped, but is still short in infrastructure as well. And Russia is definitely growing fast right now, and it does have an infrastructure.”

There are certainly plenty of opportunities emerging in the aeronautics industry, as Larsen is keen to emphasise, and Satcom1, through ingenuity and innovation, is poised to continue on its upward trajectory.