Video communication can lead to greater creativity and faster decision making – you just need to know how to work with it, says Nick Earle, senior vice president of services, Cisco Europe 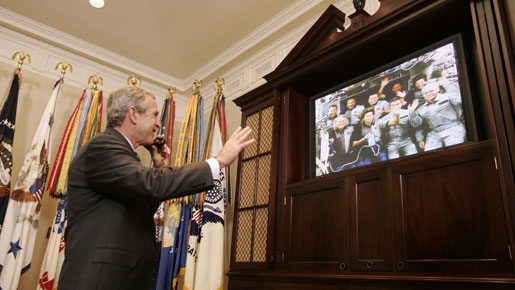 Is your business ready for a video revolution? Faster, more powerful networks mean online video has come a long way from the days of clunky video conferencing or expensive business TV.

According to research by business psychologists Pearn Kandola, commissioned by Cisco, using video in online meetings has the ability to bring people closer together and help to build rapport easier and quicker.

This means that it can potentially replace a lot of face-to-face meetings – a real boon in today’s challenging economic climate, and a great plus point for businesses seeking to operate in a more environmentally friendly way.

By replacing nearly all our internal face-to-face meetings with virtual meetings and using our high-definition, high-fidelity video meeting technology telepresence for more and more of our customer meetings, Cisco has cut its travel budget from the $750m peak run-rate over the last year to a $350m run-rate per year currently.
Apart from the financial advantages, this approach has also vastly improved the quality of life of our executives and employees.

Other companies around the world are also reducing operating expenses significantly by relying on video for meetings between locations and geographies. Being able to see the person you are speaking with as if you were face-to-face – even if they are halfway around the globe – is a powerful way of building rapport and understanding.

In fact, Pearn Kandola’s research cites a study by Albert Mehrabian, UCLA Professor Emeritus of Psychology, which found 53 percent of the impression we make on another person derives from our behaviour and body language, 40 percent is based on our personality and credibility and only seven percent derives from the spoken words.

It’s clear that video technology can help us to communicate more effectively. But the researchers also observed that video can heighten anxiety and self-consciousness. So how do you ensure your team makes the most of this new medium?

Split personalities
Pearn Kandola highlighted how video can have a positive effect on different, but common personality types.
The leader/dominator is typically the person who leads the meeting. Video helps to engage all the participants in the meeting, making the leader less likely to dominate the discussions.

The energiser/distracter is characterised by sporadic bursts of engaged interaction with the meeting, interspersed with long periods of distraction. You can usually spot the energiser/distracter in ‘disengaged mode’ checking email on his or her BlackBerry. Video provides a more stimulating environment for this personality type, leading to higher levels of engagement.

The thinker/shrinker is the quiet genius of the group who gives deep thought to issues. With video, thinker/shrinkers are able to provide visual cues about their level of engagement – so periods of quiet thought are not misinterpreted as disengagement.

The friendly/talkalot can bring lots of energy to the meeting, but can also talk over others or cause the agenda to drift. The ability to see colleagues across the virtual boardroom table makes it easier to spot when there is a natural pause in conversation, reducing the need for the talkalot to fill silences.

Spanning cultural and age gaps
In multinational organisations, you can also use video to improve collaboration in teams spanning different countries and cultures.

Pearn Kandola’s research in this area shows such teams have the potential to out-perform single-culture counterparts because they can apply a wider range of perspectives to a problem.

However, the diversity of communication styles can hamper team-building in the initial stages – with video offering a great way to speed up the process.

For example, video can help accelerate relationship building with ‘high context’ cultures such as those found in China, Japan and the Middle East, where relationships are based on integrity and social interactions.

Countries such as Germany, Sweden and Denmark are characterised by their ‘low power distance’ culture, meaning that colleagues generally relate to each other as equals, regardless of formal positions. When people from low-power-distance cultures interact with people from a culture where hierarchy is much more rigid, such as the Middle East, video can provide non-verbal signs of respect to lessen the effects of these differences.
Pearn Kandola’s research shows video can improve productivity across all age groups. Older workers are just as open to using video communication as younger workers from the ‘YouTube’ generation, if they are given the right training and time to become familiar with its usage.

The research helped us to understand that it’s not just about learning how to operate the technology that employees need, although Cisco chairman and CEO, John Chambers, did stipulate to our telepresence R&D team to make sure Cisco telepresence was ‘CEO-proof’.

Factors that contribute to successful use of video technology also relate to individual mindsets, how teams are managed through their leaders and how the organisation can create a supportive culture.

Individuals who approach virtual meetings with a positive attitude, leaders who understand and support the different personalities and cultures in their teams, and organisations that provide the resources and training to make the use of video the norm are essential.

Adopting such an approach will enable your business to rapidly cut costs and improve productivity – delivering gains which, like video itself, are plain to see.