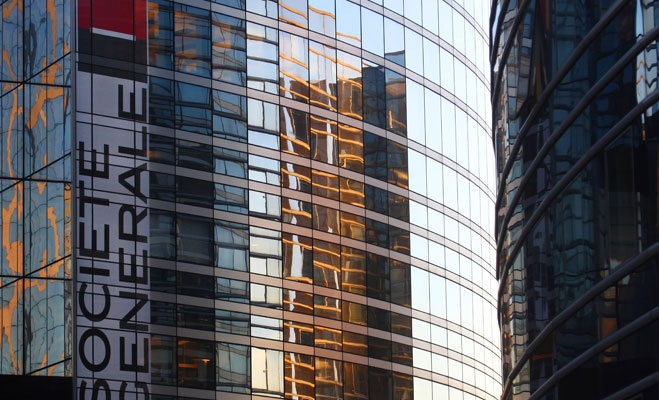 The bank has had to undertake some major restructuring plans, in both staff and investments, due to the fallout from the European sovereign debt crisis. Like many other European banks, SocGen is in the process of making cuts and reviewing investments to ensure security and profitability.

According to Business Insider, Société Générale originally planned to cut 500 jobs over the course of 2011 but the actual number rose to approximately 2,000, equating to a loss of approximately 13 percent of the bank’s total workforce. Staff cuts may continue as the bank announced that it was planning for around 880 of its staff to leave voluntarily while around 700 more based in centres outside of France may also lose their jobs.

Olivier Godechot, a CNRS sociologist who specialises in finance noted that “Société Générale’s job cuts are a symbol” of the broader malaise in the French banking world.

The bank is also reducing the scale of its investments across a number of areas, including aircraft and real estate. According to the New York Times, this is representative of what is happening with many European financial institutions in the wake of the eurozone crisis, stating that, “Like other European lenders, Société Générale has begun reducing its dollar-financed businesses, after American money-market investors began over the summer to cut their exposure to European banks amid fears over the euro.” SocGen are likely to sell American property loans worth a total of around $100m to the Blackstone Group in the near future.

One of the most significant factors that led to SocGen downsizing was the sovereign debt crisis in Europe. The bank was hit particularly hard by having to write off much of its Greek debt. Like other major French banks such as BNP Paribas and Crédit Agricole, SocGen saw its share price fall as a result. The downsizing efforts are aimed to rebuild capital after being left with a capital deficit of around €2m.

Recently, Société Générale and other major French banks have been deleveraging or selling assets off quickly, in order to reduce their total debt. Kepler Capital Markets’ Pierre Flabbee explains what is happening with SocGen and other French banks, “The deleveraging is a response linked more to their liquidity stress.”

In addition, finance headhunting company founder Gaël de Roquefeuil commented on what the current situation represents for the future, “French banks are giving up businesses where they were leaders worldwide.”