Daniel Ek, CEO and founder of a downloadable P2P-based music-streaming-on-demand application, has a userbase of over one million. For someone who started their first company at 14, it's no surprise how quickly Spotify has revamped our consumption of music 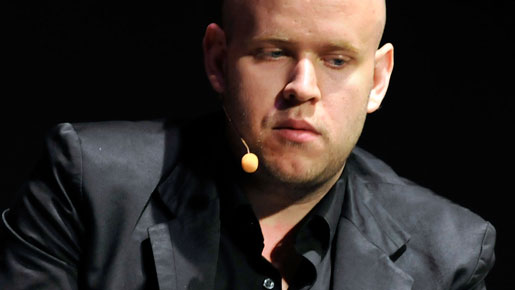 Spotify is a discovery-based legal music service, providing on-demand streaming. Users can browse its catalogue and play music in two ways: (1) free and ad-supported, or (2) £9.99/month and ad-free. It’s unrivalled.

Ek started his first company at the age of 14 in 1997. Previous to Spotify, he was the initial CTO of Stardoll, a tween fashion and entertainment community, and the CEO of µTorrent, the world’s most popular BitTorrent client. He also founded Advertigo, an advertising company since acquired by TradeDoubler. For a man of only 25, this is some CV.

Spotify is the revamp the music industry has been crying out for. Whether or not free music should be available is still a crux question, but the continual growth of piracy and illegal downloads means it’s too late to eradicate its availability. Daniel Ek’s open-access model is a new paradigm whereby instead of purchasing music to listen to at any time, any place, the music is simply there. The service is essentially in the cloud.

Only £5,000 has been spent on marketing since Spotify launched in the UK, making it one of the most effective and costworthy launches since Google. But how well is Spotify doing financially? “We have invested about €8m of our own money so far, but we’ve also taken in venture capital from Northzone Ventures and Creandum.” Ek continues: “We don’t have any plans to raise money – I don’t expect us to be needing any money at all, actually. We expect, with the money we have, to be profitable this year, that’s our hope, though it’s impossible to say, especially in these market conditions.” His aim is to entice users away from the illegal environment, a captive market as it were, to a legal, profit-making environment with new methods and packaging.

In an era full of innovators such as Radiohead, releasing the pay-what-you-want In Rainbows, and Last.fm, an internet radio and music community website, it’s no surprise that Spotify has taken off in such a huge way. Ek is open about the fact that the inspiration for Spotify “came from The Pirate Bay”, the now-legal BitTorrent indexing service.

Ek discovered American punk music through filesharing sites such as Mp3.com and Napster at the turn of the century; he was excited at the boundless music at his disposal. Fascinated by the concept of looking at what fans of his favourite bands listened to, he would embark upon a discovery process and download everything from their music libraries. His mindset is of-the-times and his passion and forward-thinking ethos has been the ultimate ball-bearer of Spotify’s success.

The 25-year-old said that the idea of Spotify initially came to him in 2002. The idea of diversity, accessibility and reinventing the wheel was something he felt the industry had to embrace. The founders of now-rivals Kazaa warned Ek against the idea, feeling instead that the industry was not ready for such a drastically new invention. Spotify has not come to being without its hurdles; the licences took some two years to fully come through.

Ek targeted independent music labels as well as the majors. He had no familiarity with the formalities of music publishing and simply learnt it as he went along. The lack of experience was something he treated with pragmatism; it was refreshing to form a start-up from the outside in, and question how everything worked as it fell into place. He aimed high – Ek wanted Spotify’s music to be free of DRM restrictions and to work on a number of operating systems. He didn’t want to forego anything, and sought to develop Spotify as a ‘great user-experience’ And in a constantly changing industry, there were changes within the PRS while Spotify was being set up, making the process even more complex. The results have been worth the wait.

Spotify’s advertising model shows a lot about the way Daniel Ek is driven. Vehicles such as iTunes are not as easily set up for the Spotify strategy, due to the fact that consumption of music is far more unit-by-unit but here, it makes perfect sense. He strives to make no compromises on the user experience.

Ek’s psyche is made of pluralism; he doesn’t see Spotify as cannibalising existing CD and download sales, instead recognising the fact that different artists ought to focus on different revenue platforms, such as merchandising and ticket sales. And this is ever true, especially in this era of accessibility.

The Swedish CEO has gone some way to proving that ‘free’ as a model indeed does work: “In general, I don’t think music should be free. It doesn’t matter how people pay; they can pay through advertisements, ISPs, brands and more.” And astonishingly, ad-revenue seems to be going strong even in these times of credit clampdown. According to Ek, “We launched probably at the worst possible time in 70 years for advertising, so it’s taking some time for the market to know how to react, especially to new players; we were prepared for that.”

In spite of this uncertainty, there is one thing that Daniel Ek knows for certain – Spotify is offering a unique service: “I feel that today there’s still an underlying problem in simply playing whatever content you want, when and as many times as you want it, and that’s the problem Spotify’s looking to solve. I honestly believe that we don’t have a main competitor as no one’s delivering music to users in quite the way we are.”