Last year marked the fortieth anniversary of the Equal Pay Act but we are still nowhere near a level playing field between the two sexes. Can greater support for female entrepreneurs reinvigorate the economy? 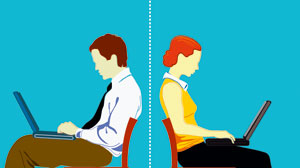 Cranfield University has reported that one in four of the UK’s FTSE 100 companies had no women on their board of directors – and only five had female CEO’s. The issue of women in the workplace has long been debated, yet the spectre of quotas for women in the boardrooms of listed companies moved a step closer late last year, with the European Commission launching a new five-year strategy for gender equality, placing this issue high on the agenda for 2011.

The strategy is based around five key priorities: getting more women into the job market; equality in senior positions; promoting female entrepreneurship; equal pay (women earn around 18 percent less than men across the EU on average); and tackling gender-based violence. At the same time, female entrepreneurs are consistently making their mark within the business community and commerce. So what does make a great female entrepreneur? What is different from her male counterparts? What does success look like? What do they need to do in the future to secure success?

To discuss just that, I was recently invited to a roundtable in London hosted by Veuve Clicquot. The champagne label is well positioned to discuss women in business and has been celebrating female entrepreneurship for the last 38 years through its annual ‘Veuve Clicquot Business Woman of the Year’ award, which I was honoured to win last year.

Established in 1972, the accolade was set up to commemorate Barbe-Nicole Ponsardin: the woman who inherited the company which now bears her name, Clicquot. Even though she lived in the early 1800s, Mme Ponsardin embodied many of the entrepreneurial qualities that we see in successful individuals today. She is seen as a trailblazer of her time; having taken over the stewardship of her husband’s vineyards aged just 27 and by the time of her death, she had created an internationally known and respected brand.

It is exactly these qualities displayed by Mme Clicquot that encapsulates the award and why I was delighted to be involved. Each year the award sets out to tell the story of women who have made their name in business, with the hope of role modelling, encouraging and motivating others into setting up alone or growing their burgeoning businesses.

With this in mind, the roundtable panel, which included a number of leading business men and women, discussed the key elements that make a successful female entrepreneur today, explored what was to blame for the lack of female business leaders and established what could be done to stimulate a change.

As we enter a new year, and the coalition government continues to implement various cost-cutting measures, we are left in little doubt that the economy is in need of help and job creation is going to be down to the private sector. According to research conducted by Russell Reynolds, the executive search company, female progress is likely to be hampered by a risk-averse culture during the economic recession.

However, similar reports have shown how companies with the most women on their senior team show superior growth in equity, operational results and share price. So could better support for female business women and entrepreneurs help reinvigorate the UK’s economy? Support and mentoring was outlined during the roundtable as a definite means of helping aspiring business women become the next generation of successful entrepreneurs.

One of the most significant findings of the session regarded the natural qualities that may define a business man or woman. It is becoming common, particularly within the world of politics, for the characteristics more traditionally associated with women to become more prominent in male politicians. Self-deprecating and family values were intentionally promoted heavily throughout Barack Obama and David Cameron’s election campaigns, allowing the average voter sat at home to relate more to their leaders and feel represented in some way. Whilst Gordon Brown seemed ‘stuffy’ and cold, Cameron was at ease with the public, charming and a family man.

This technique of adopting gender characteristics is something that can be applied to the work place too. Men tend to be better at networking and proactive in the use of publicity/self-promotion, not to mention a more competitive nature. This is not to say women need to become more masculine in their approach to business, but rather take stand-out qualities from men and use them to their advantage. Today’s women still need to utilise their natural abilities of multi-tasking and communication, as well as their nurturing approach to business and staff.

Women are natural fixers and cultivators and it is these exact elements that should be employed in business. This has certainly been my approach to JoJo Maman Bébé, by treating my business as a child. I gave birth to it, developed and invested in it for the long term – something that I believe is a key differentiator for female entrepreneurs today.
Unfortunately a key component of female talent drop-out is a lack of female role models in business. This was supported by the McKinsey study ‘Women Matter’ (2008). The research team found that 64 percent of women in the US see the absence of female role models as a barrier to their career development. This is also something the UK Government is considering, with Lord Davies, the former business minister investigating male dominance of the corporate world. His report has already signalled the possible creation of an academy to train and mentor female executives, as well as the creation of a group of 35 to 40 experienced executives to help women gain the skills needed to hold boardroom posts.

Lord Davies’ report will certainly be greatly anticipated and I truly hope that 2011 will bring positive change for female entrepreneurs. Exam results in schools and universities across the UK demonstrate there are no shortages of intelligent and gifted women all with the potential to become great business leaders and entrepreneurs and it is events such as the Veuve Clicquot Business Woman of the Year award that showcase the best of female business and entrepreneurship. This, alongside a greater focus on mentoring, I believe will inspire a future generation of strong female business leaders and perhaps even help us out of our economic ties of today.