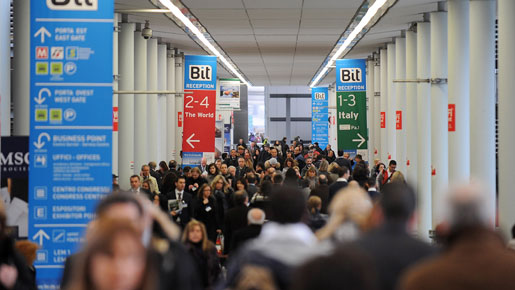 “What was most interesting about our discussions was how issues which we sometimes believe to be purely local, national, concerns are clearly evident in other countries as well,” said Nicolas Le Brun. “Things like developing the most effective infrastructure, lack of public investment in the meetings industry, the need for greater recognition from public authorities – most notably the European Union – the need for consistent and accurate statistics and something very close to EFAPCO’s heart: the development of internationally accepted professional standards.

“We gathered very similar feedback from our discussions a week later, at the CEE BTF Business Tourism Fair held in Warsaw’s Palace of Culture.”

That event, the Central Eastern European Business Tourism Fair – celebrating its 10th anniversary – was complemented by two other shows the “Adrenalina Adventure and Incentive Fair and an International Economic Forum.” Added Le Brun.

EFAPCO reshaped its 2008 Congress programme, to embrace something like 15 hot topics within five keynote sessions:

Session One examined the strategies that could shape the future development of the meetings industry across Europe and most crucially current activities within the realms of business tourism. The importance of meetings in global communications was revealed by Carlos Vogeler, Chairman of the UNWTO Affiliate Members Council.

A similar session at EFAPCO’s second congress in Athens proved a major turning point in its relations with the EU when Jean Bergevin, Head of Unit of Market E2 Services – Directorate General for the International Market and Services – European Commission, offered dialogue with the Federation about its role and significance in making Europe’s conference industry increasingly and consistently professional.

Delegates got an update on progress made in the past year and how the Commission’s perspective has evolved. During the same session, another meeting industry Speaker gave updates on the growing competition European PCOs face in the global marketplace – and how they can tackle these challenges.

Session Two focused on the PCO’s role in partnership opportunities. Operating in isolation is no longer an option in this increasingly competitive sector of the business tourism industry. Strong working relationships with clients and all links in the supply chain serving meetings and events are vital.

Tuula Lindberg, Director of the Finland Convention Bureau guided delegates on working successfully with European convention bureaus. And Marc Dans, President of the Association of Belgian Incoming Tour Operators, illustrated ways in which PCOs and DMCs can work together to maximum benefit.

Session Three got to grips with ‘professionalising the profession’. Professor Andy Friedman, Director of PARN, the Professional Associations Research Network, examined the role of professionalism in raising the industry’s profile. Hungary’s EFAPCO Board Member , Gusztav Hencsey, analysed how PCOs and professional bodies can work together.

The need for standardisation in PCO services in Europe was illuminated by Dr Zygmunt Niechoda, International Relations Division Director with the Polish Committee for Modernisation.

A French perspective on this complex issue was presented by Catherine Sihey-Renard, Standardisation Project Manager with the normalisation association ASMOR.

Session Five was dedicated to Building the Future. The integration of the European PCO as a source of professional know-how, cutting-edge information and business exchange opportunities was exposed; meanwhile Tom Hulton, IMEX Director of International Relations, explained how a leading trade show like IMEX can support PCOs’ activities across a full spectrum of their activities.