Stuart Gulliver, chief executive of HSBC, recently had his £2.1m bonus cut in half following public outcry. Did he deserve his bonus? 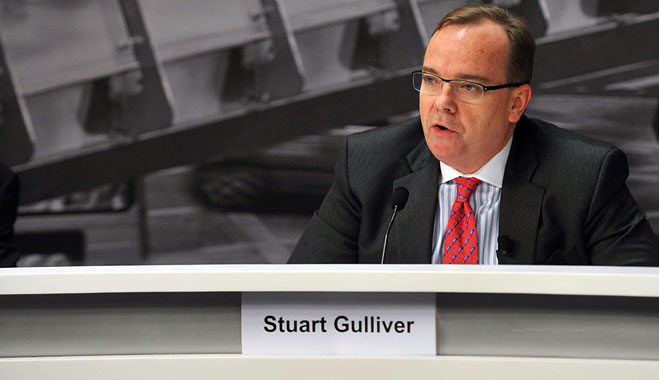 Based on the HSBC numbers, Gulliver could have received a bonus of up to £3.75m, but didn’t make his targets. Strictly speaking, Gulliver took a rather large bonus pay cut of over £2m, due to the bank’s poor performance in 2011. However, HSBC decided to reduce his bonus by another £1.3m after the public and some politicians began to complain about the size of his pay package. In addition to the outright bonus, Gulliver also received long-term incentives totalling over £4m.

It is entirely fair to award performance-based bonuses for individual executives. If Gulliver had met all the targets he was responsible for, then he would have been entitled to his bonus. The sticking point, though, is how he and HSBC wish to be viewed by the British public. Even if Gulliver earned his bonus, the bank is currently considering cutting as many as 30,000 employee positions over the next few years, which could make the company’s decision to issue any bonuses at all seem tone-deaf to current economic trends in Britain.

HSBC is also facing accusations of violated ethics over the way it has earned its profits in recent months. The bank was hit with a £10m fine last year because of an investment bond scheme that targeted elderly Britons. Gulliver denounced the scheme as “disgraceful” and agreed to the reduced bonus as a result.

The bigger issue for HSBC and many other British based banks is deciding if they should continue issuing bonuses at all, at least for the foreseeable future. Many banks, including HSBC, are facing lower profits than usual or posting record losses. Though executives may be meeting some of their financial targets, the entire culture of performance related pay that is awarded regardless of the company’s bottom line may be coming to an end. HSBC should be revamping its pay structure, in general, to be more dependent on how the bank as a whole is doing and whether cost-cutting measures involve the loss of employee’s jobs.

It has been suggested that Gulliver should, perhaps, also be taking more personal responsibility for the ethical violations of his bank. As the chief executive and ultimately, the person who should receive the credit for a good year or the blame for a bad one. HSBC had a bad year in 2011, particularly after the company admitted to deceiving some of its customers in order to sell bonds. No one should have to tell Gulliver to refuse his bonus; his own conscience should move him to reject any form of performance-based reward.