ECB president Mario Draghi has announced further details of the bank’s asset purchase programme; set to begin in the fourth quarter of this year 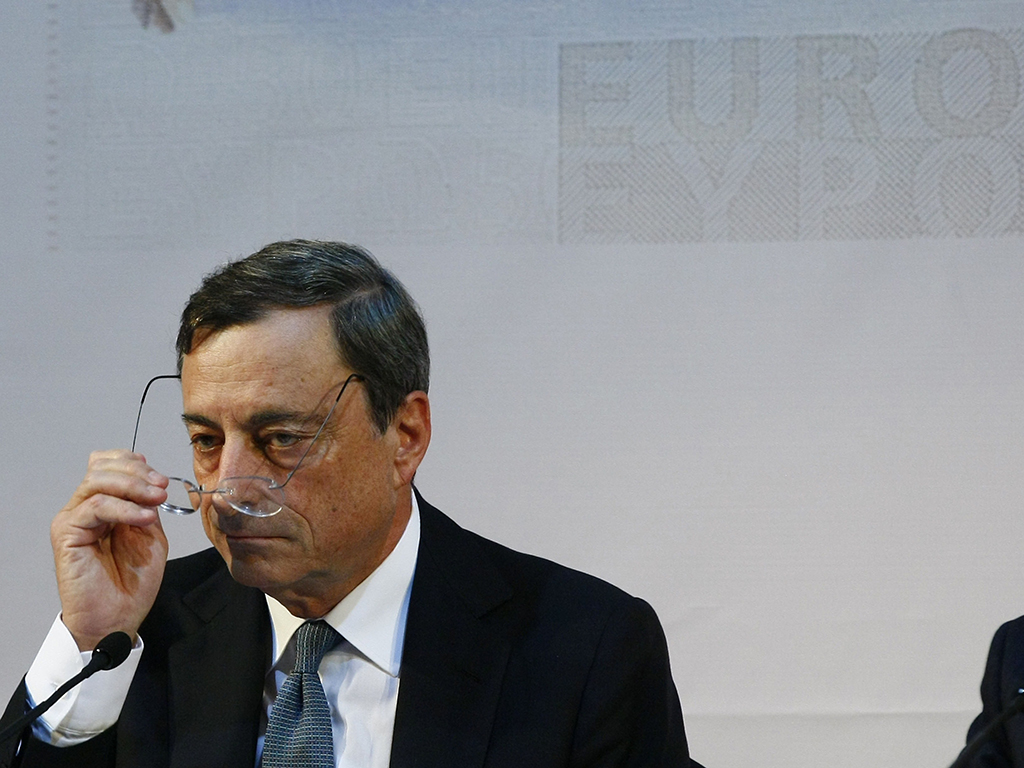 Yesterday, President of the ECB, Mario Draghi, gave more information about the bank's asset purchase programme, due to start later this year. The institution hopes the purchases will add essential liquidity to its flagging financial system
Finance

Keeping its benchmark interest rate unchanged at 0.05 percent, the ECB unveiled further details of its asset purchase programme at a meeting on October 2. Set to begin in the fourth quarter of this year and extend over a two-year period, the ECB hopes that the purchases will add a much-needed measure of liquidity to its flagging financial system and arrest fears of looming deflation in the euro area.

“The new measures will support specific market segments that play a key role in the financing of the economy. They will thereby further enhance the functioning of the monetary policy transmission mechanism, facilitate credit provision to the broad economy and generate positive spillovers to other markets,” said the ECB’s president Mario Draghi in a press statement. “Taking into account the overall subdued outlook for inflation, the weakening in the euro area’s growth momentum over the recent past and the continued subdued monetary and credit dynamics, our asset purchases should ease the monetary policy stance more broadly.”

On the day of the ECB meeting, an estimated 4,000 protestors gathered in Naples to criticise the ineffectiveness of the cuts

Draghi failed to mention exactly how much the bank will spend on assets, though stressed that the ECB was committed to reviving the region’s stagnant economy and, in particular, boosting below-par inflation. The ECB head also said that a “moderate outlook for a moderate recovery in the euro area remains in place, but the main factors and assumptions shaping this assessment need to be monitored closely.”

The euro area’s real GDP remains unchanged between the first and second quarter of this year, despite four quarters of moderate expansion before that; a predicament that has riled the region’s austerity-stricken population. On the day of the ECB meeting, an estimated 4,000 protestors gathered in Naples to criticise the ineffectiveness of the cuts and carried banners reading: “Misery, poverty, unemployment, speculation, free us from the ECB.”

The ECB President went on to acknowledge some of the problems facing the euro area, and exercised caution in making statements about the region’s chances of a sustained recovery. “The risks surrounding the economic outlook for the euro area remain on the downside,” he said. “In particular, the recent weakening in the euro area’s growth momentum, alongside heightened geopolitical risks, could dampen confidence and, in particular, private investment. In addition, insufficient progress in structural reforms in euro area countries constitutes a key downward risk to the economic outlook.”

The ECB’s new stimulus package is scheduled to begin as the Fed’s bond-buying programme draws to a close, herein highlighting the differences between the US and European recovery. Joining Japan and China in swapping currency value for export competitiveness, Europe’s monetary measures promise to strengthen the dollar further still and, at least in the short-term, limit the country’s ability to trade goods and services.