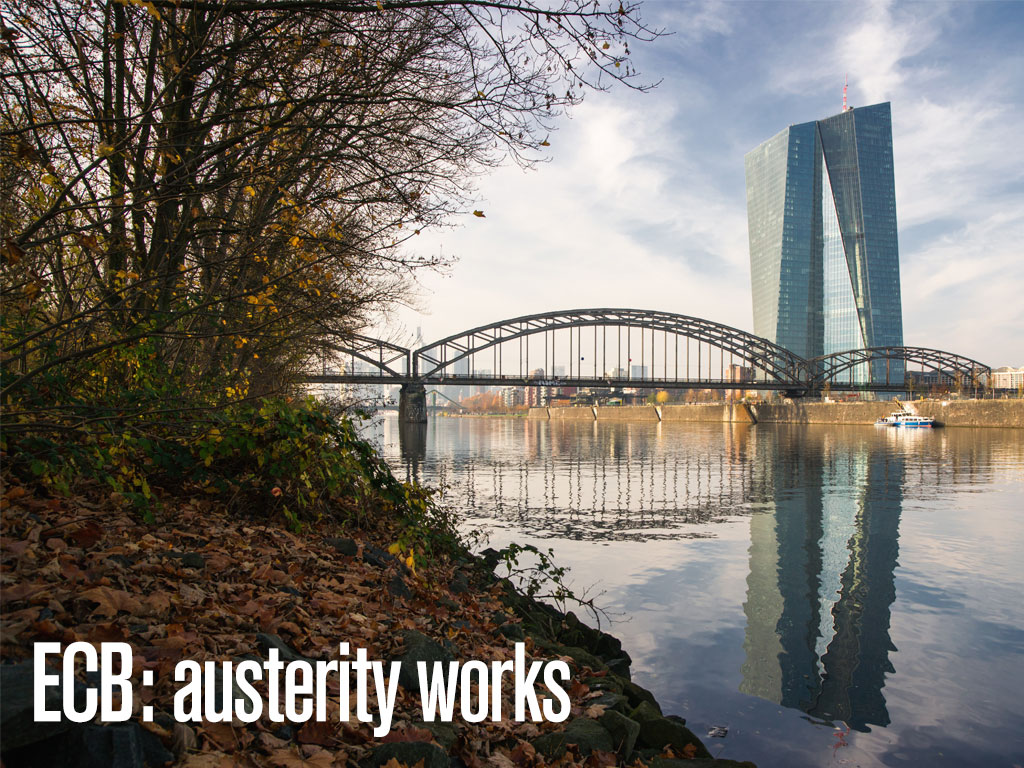 A new paper from the ECB, which has urged and overseen the implantation of austerity measures in many of Europe’s debt beleaguered countries, attempts to show that austerity measures work. For many critics of fiscal consolidation, following a Keynesian logic, it is axiomatic that cuts in government spending hurt GDP performance.

For at least the past five years the term ‘austerity’ has been on the lips of most major politicians, policy makers and economists across Europe. From Britain to Greece, governments have carried out fiscal consolidation. For many, spanning from centre-left to the right, these rounds of spending cuts have been vital to economic recovery, while for left wing and populist parties, opposition to austerity has become the most important political fight of the day.

The paper from the ECB concedes that in the short-term this is true, however it argues that this is only in the short-term. “Fiscal consolidation,” the paper claims, “initially has an adverse effect on the debt ratio, which is reversed within a few years.”

Likewise, in a rebuttal to parties across Europe advocating for fiscal stimulus, the ECB casts doubt on the measures providing much in the way of benefits. Government spending is supposed to provide a fiscal multiplier – an increase of national GDP stemming from and larger than additional money injected into the economy by the state. However, according to the paper, the impact of this multiplier is inhibited if the country has poor government finances, making such policies self-defeating.