Standardised EU measures have been implemented on the import and export of beef from Brazil. Meat movement is now subject to stricter criteria 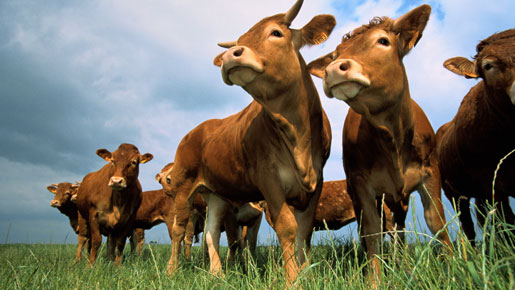 Under the measures, beef from Brazil – the world’s top exporter – may be shipped to the EU from January 31 only from an approved and restricted list of holdings which are fully in line with EU import requirements and meet strict criteria, the EU executive said.

“The animals on those approved holdings must have been kept in one of the EU approved territories for at least 90 days and must remain on the listed holding for at least 40 days prior to slaughter,” the Commission said in a statement.

Experts from the EU travelled to Brazil in November to investigate complaints by European farmers and members of the European Parliament about standards on ranches.

The inspections found “serious and repeated deficiencies in Brazil’s animal health and traceability systems,” the Commission said in a statement.

“Despite a series of warnings from the Commission after previous inspections, the Brazilian authorities failed to take the appropriate measures to correct these problems and to fully meet EU requirements,” it said.

“Therefore, the Commission feels it is necessary to increase the restrictions on Brazilian beef imports in order to maintain a high level of protection for animal health in the EU, while avoiding the alternative of an outright ban.”

Padraig Walshe, president of the Irish Farmers’ Association, said the EU move was a significant step but that only an outright ban would fully safeguard the European Union from the risk of Foot and Mouth Disease from Brazilian beef.

Brazil’s agriculture minister, Reinhold Stephanes, said the restriction does not have sanitary status.

In a statement, the government said it is examining the measure’s implications and, “besides presenting its considerations to the European Union, it will study the best way to treat the subject within the World Trade Organisation.”

“The Brazilian government considers the measure unnecessary, disproportional and unjustified in the light of the problems identified in our traceability system and the absence of human and animal health risks,” it said.

Brazilian beef exporters said the new EU requirements do not differ from local rules already in place but would only determine additional controls and auditing.

“We are used to this. Every year there’s a new embargo on Brazilian (meat), and our exports grow every year. The more strict they get, the more we export,” said Marcus Vinicius Pratini de Moraes, president of the Brazilian Beef Exporters Association and a former agriculture minister.

“It’s not a victory to the Irish industry because Ireland wanted a total ban from Brazil.”