Van Rompuy to stand down 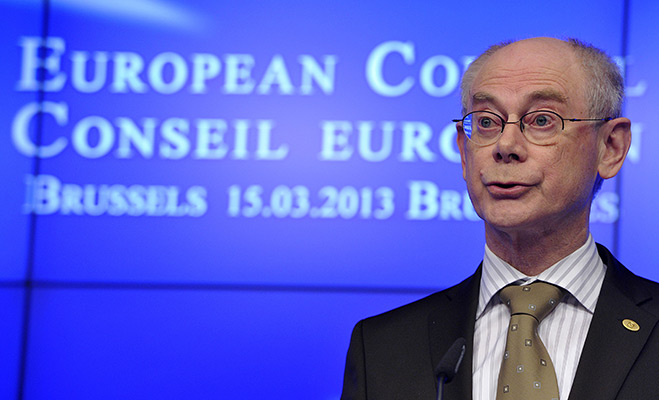 The former Belgian prime minister was elected as the first full-time President of the European Council under the Lisbon Treaty in 2009 and was re-elected by European Union state members for another two-year mandate in 2012. The position only allows for two running terms, forcing Van Rompuy to bow out of the role next year.

It appears however that he will be retiring from politics altogether, as he told Dutch-language public broadcaster VRT on March 17: “At the end of 2014, it’s the end of my political career.”

He added: “Members of my family will be on the [political] lists. Those who want to vote for a Van Rompuy will have all the opportunities to do so.” The Van Rompuy family is well instated in Belgium’s political landscape. Herman’s brother Eric Van Rompuy and son Peter are both members of the regional Flemish Parliament from the Christian Democratic Party.

The 65-year-old has previously described his presidential role as being: “Neither a spectator, nor a dictator, but a facilitator.” This has drawn criticism from his fellow MEPs, saying that Europe is suffering from a leadership vacuum with Van Rompuy acting more like a personal secretary to the 27 member states.

In a speech last week to the European Council at the Brussels Forum, Van Rompuy said the council was committed to “preparing for the future”, highlighting long-term goals of restoring and maintaining financial stability, working on competitiveness, ensuring sound public finances and fighting unemployment, especially for the young.