The Republic of China’s rise to the top of the economic power list is becoming a key trend of our time. How does China’s growing influence on the European economy truly impinge on Europe and its businesses? 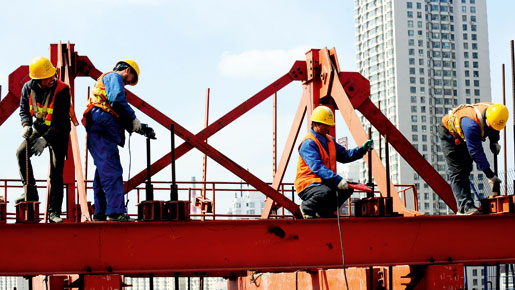 China, currently the second largest global economy with an average growth rate of 10 percent for the past 30 years, is incontestably the fastest growing financial market. According to the latest data, it is expected to surpass the US as the largest economy by 2020, if the existing trend continues.

With more than six decades of rapid development since the establishment of new China in 1949, its GDP totalled $5.9trn in 2010. Following years of virtual segregation and absorption into its own, domestic economic development, China has resurfaced as a powerful force on the world stage since the 1980s, originally through its fast mounting trade relations with progressively more countries. Budding political, diplomatic and cultural influence, joined with speedily growing foreign investment and development programmes added to its staggering economic boom. Reflecting this increase in China’s status, bilateral relations with China are becoming ever more important for almost every country in the world, not just for the US and its Asian neighbours but increasingly for Europe.

When the Chinese government together with the China Council for the Promotion of International Trade initiated the “go out policy” in 1999 to advance Chinese investments abroad nobody knew how immense its impact would be on the global economy. Since China’s reform it has moved from the sidelines to the heart of the world economy and has of late made it its duty to focus on European company buyouts. China’s state owned enterprises, which account for an estimated 90 percent of the nation’s oversees investments, are particularly daunting to Europeans as they are among the globe’s biggest companies for numerous industries (including mining, oil and gas, chemicals and auto).

Its growing implication in the world’s financial markets is also evident from the fact that China is home to the top four of the globe’s ten largest banks. As a result of its swift economic development and the creation of enormous export surplus, China holds stock of around $2.3trn.

China’s shopping escapade in Europe
The idea of China being on a shopping spree in Europe can be daunting to many Europeans who know there is no existing national security system momentarily to test and scrutinise a potential takeover. As this is in place in the US it often makes it harder for Chinese companies to attempt buyouts there and increases Europe’s chances of becoming the target of a buyout.

China’s Ministry of Commerce indicated that Europe is more attractive than the US for Chinese companies looking to invest. Last year oversees direct investment in Europe was not as high as investments within Asia and Latin America but was certainly ahead of North America. China’s interest in capital- concentrated manufacturing procedures has become obvious through its focus in investments within countries such as Germany, Sweden and the UK, which are recognised as world leaders in this area.

For a number of Chinese companies buyouts are not just about acquisitions. They are setting up research and development facilities in Europe because they want to be based in industrial clusters where they have access to greatly skilled labour, research institutes and superior training amenities. According to a recent survey by Dealogic, a leading UK consultancy firm, Chinese companies’ investment in European businesses increased to an astonishing $43.9bn between 2008 and 2010 compared to the investment of $853m from 2003 to 2005.

Economists are foreseeing that Beijing’s recently approved five-year plan for the ascertainment of international sales networks and brand names will mean an unstoppable flow of European buyouts by Chinese companies over the next five to ten years. Currently, Chinese companies hold control of 118 European businesses even if only the high profile takeovers make headline news, according to the survey.

The European buyouts
The biggest value in investment of a European company by a Chinese corporation was seen in the mining sector when aluminium producer Aluminium Corporation of China, or Chinalco, increased its nine percent stake in UK-Australian mining group Rio Tinto to 18 percent for $19.5bn in cash. The annual figures for the mining sector showed this year that the combined income of the globe’s top 40 companies increased by almost 33 percent to $435bn, and their combined net profits were up 124 percent over their 2009 results to $110bn. The figures also indicated that performance reflected strong China demand, which drove up both mining production and prices. China’s clearest confirmation of its ambition in the auto industry came when in August 2010 the Zhejiang Geely Holding group agreed to pay $1.8bn to Ford Motor for its Volvo subsidiary. The purchase of Volvo, one of Europe’s most recognised and storied brands, indicates how China has emerged not only for the largest auto market by amount of vehicles sold in the past couple of years but also as a nation with determination to capture market share in Europe and around the world.

In the most recent deal, Lenovo, the world’s fourth biggest PC vendor by shipments after HP, Acer and Dell, bought German computer company Medion in an effort to reinforce its position in the European market place. Valued at around €629.4m the takeover was Lenovo’s biggest acquisition since the 2005 takeover of IBM’s PC unit and is said to provide the Chinese company a European distribution network and a solidly established brand. According to Lenovo, the acquisition is paramount to its ambitions as it will help raise its German market share to 14 percent and will give the Chinese company an estimated 7.5 percent share in the Western European PC market.

Meanwhile, after buying €6bn worth of Spanish debt, it illustrated its obligation fur- ther to the Spanish market when China’s HNA Group, the parent group of Hainan Airlines, in May purchased a 20 percent stake in Spanish hotel group NH Hotels for €431.6m, or €7 per share. The Spanish group which owns around 400 hotels throughout Europe and posted €1.23bn revenue in 2010 could serve as the ideal partner to HNA’s airlines and tourism business units in Europe.

The EC said the deal, which saw China National Bluestar pay €2bn for the silicon business of Elkem, did not hinder competition in the silicon market.

EC Commissioner Joaquin Almunia said in a statement: “The Commission examined this merger carefully for possible coordination by the Chinese state of market behaviour of Chinese State-owned companies in the same sector as we also do for mergers involving European state-owned undertakings. However, even assuming all Chinese State-owned firms in the sector acted as one, European consumers would still enjoy sufficient competition from other players serving the market.”

Despite the Commissions’ conclusion that a sufficient amount of companies from European countries including Spain and Germany – in addition to the US – will be able to serve European consumers, sources feel this is yet another industry in which China is rapidly spreading its wings within Europe.

China’s technology ascent
China is catching up in the technological field fast and because of this the loss of European influence is being felt to a greater extent in technology concentrated industries. China sees its workforce gradually becoming more skilful and its scientific learning evolution is fast moving in the right direction. An estimated four million pupils graduate yearly in China of which around 600,000 are engineering students. Although the standard is not yet comparable to the quality produced by engineers coming out of the US and some European engineering and technology universities, China is steadily moving up in recognition.

A recent engineering and technology universities league table compiled by Thomson Reuters highlighted that the engineering world is still heavily dominated by the US with a total of seven Californian institutions making the top 50. However the table also indicates the growing global challenge to US and European dominance in this area. The table for engineering and technology features more Asian institutions than any other of Thomson Reuters’ subject rankings, reflecting the region’s high levels of investment.

The leading Asian institution in the table is the National University of Singapore in sixteenth position, with China ranking in twentieth place. Although the University of Cambridge, the Swiss Federal Institute of Technology in Zurich, Switzerland, the University of Oxford and the Imperial College London all rank in the top ten globally there are no other European universities in the top 20. There are overall four Chinese engineering and technology universities in the top 50 table compared to only two French and two German, all ranking below China.

It is this steadily improving quality that leads major companies to reposition elements of their research and development division to China to secure their own access to China’s reasonably priced pool of talent. China’s enormous push and support for the establishment of research and development facilities is hugely assisting in its speedy move en route for the centre of global innovation network. The country’s growing amount of government investment and encouraging innovation in its companies is gradually starting to show and although countries such as Germany, the UK and France among other European countries are still considered pioneers in engineering and technology, it will not take long until China will catch up with Europe.

China’s rise as a challenge for Europe
The question remains, how does China’s ever- increasing power status impact on Europe and its markets? China’s rise is generating pressure for socioeconomic adjustments in Europe as it is fundamentally transforming the European economy. The Chinese industry utilises over 100 million workers who will potentially be integrated into various industries over the next few years, especially as the majority now possess equal proficiency as that seen within workforces across OECD countries. This advantage, coupled with mounting exports, is putting European companies in a growing number of sectors under gigantic cost pressure.

China has further demonstrated its commitment to investments in some of the struggling European economies. Europe is China’s biggest export market and possesses a significant source of skill and expertise which is useful to China. With the purchase of European bonds China helps to shore up its vital markets, safeguard Chinese-Euro denominated assets and stops the Euro from slipping which would make China’s exports more expensive.

While the Europeans are struggling to come up with a long-term solution to the Greek debt crisis it seems China may become vital to the continued survival of the euro.

China has already purchased an estimated €440bn in EFSF bonds believed to include Portuguese and Greek in addition to Spanish bonds. Although the Chinese financing of the troubled European countries means it can diversify its massive reserves out of the dollar it is obvious it will not remain an inert, passive observer for long. In mid July the central bank of China expressed its concern that not enough has been done to resolve the European debt crisis and said Europe should act quickly to avoid the crisis spreading further to other European nations.

Economists believe Europe will have to defy its waning authority above the global agenda as a result of the political ascendancy of China. Europe, with a yearly 0.2 percent demographic growth only, is experiencing a continuous demographics decline and diminishing populations. Almost all European nations will have to think of revised responses to the blow of demographic change especially in areas of budgetary and fiscal policy as the population diminishes and a smaller quantity of taxpayers become responsible for commitments within the public sector.

An added recurring feature is China’s systematic military build up, which is considered to be one of the fastest growing defence expenditures globally. Even though China’s military modernisation attempts have no direct negative impact on European interests it is an added factor indicating its rise in power. For Europe the economic challenges associated with the growing ascend of China mainly results from the strain on its own economies and societies. Europe will have to become more competitive and possibly more forceful to match the dynamics of China’s economic transformation.