Fragile and unbalanced in 2012

After putting one of the worst financial years behind us it would be nice to say that 2012 looks like being an easier ride; unfortunately, that is not going to be the case, as Nouriel Roubini explains 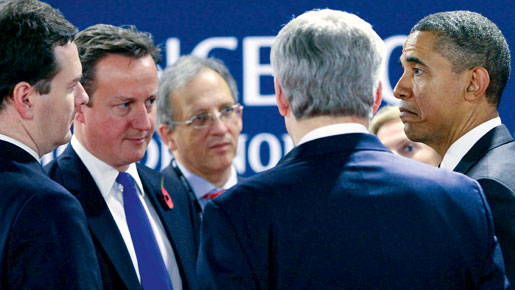 The outlook for the global economy in 2012 is clear, but it isn’t pretty: recession in Europe, anaemic growth at best in the US, and a sharp slowdown in China and in most emerging-market economies. Asian economies are exposed to China. Latin America is exposed to lower commodity prices (as both China and the advanced economies slow). Central and Eastern Europe are exposed to the eurozone. And turmoil in the Middle East is causing serious economic risks – both there and elsewhere – as geopolitical risk remains high and thus high oil prices will constrain global growth.

At this point, a eurozone recession is certain. While its depth and length cannot be predicted, a continued credit crunch, sovereign-debt problems, lack of competitiveness, and fiscal austerity imply a serious downturn. The US – growing at a snail’s pace since 2010 – faces considerable downside risks from the eurozone crisis. It must also contend with significant fiscal drag, ongoing deleveraging in the household sector (amid weak job creation, stagnant incomes, and persistent downward pressure on real estate and financial wealth), rising inequality, and political gridlock.

Elsewhere among the major advanced economies, the United Kingdom is double dipping, as front-loaded fiscal consolidation and eurozone exposure undermine growth. In Japan, the post-earthquake recovery will fizzle out as weak governments fail to implement structural reforms.

Meanwhile, flaws in China’s growth model are becoming obvious. Falling property prices are starting a chain reaction that will have a negative effect on developers, investment, and government revenue. The construction boom is starting to stall, just as net exports have become a drag on growth, owing to weakening US and especially eurozone demand.

Having sought to cool the property market by reining in runaway prices, Chinese leaders will be hard put to restart growth.

They are not alone. On the policy side, the US, Europe, and Japan, too, have been postponing the serious economic, fiscal, and financial reforms that are needed to restore sustainable and balanced growth.

From currency to trade wars
Private and public sector deleveraging in the advanced economies has barely begun, with balance sheets of households, banks and financial institutions, and local and central governments still strained. Only the high-grade corporate sector has improved. But, with so many persistent tail risks and global uncertainties weighing on final demand, and with excess capacity remaining high, owing to past over-investment in real estate in many countries and China’s surge in manufacturing investment in recent years, these companies’ capital spending and hiring have remained muted.

Rising inequality – owing partly to job-slashing corporate restructuring – is reducing aggregate demand further, because households, poorer individuals, and labour-income earners have a higher marginal propensity to spend than corporations, richer households, and capital-income earners. Moreover, as inequality fuels popular protest around the world, social and political instability could pose an additional risk to economic performance in many countries.

At the same time, key current-account imbalances – between the US and China (and other emerging-market economies), and within the eurozone between the core and the periphery – remain large. Orderly adjustment requires lower domestic demand in over-spending countries with large current-account deficits and lower trade surpluses in over-saving countries via nominal and real currency appreciation. To maintain growth, over-spending countries need nominal and real depreciation to improve trade balances, while surplus countries need to boost domestic demand, especially consumption.

But this adjustment of relative prices via currency movements is stalled, because surplus countries are resisting exchange-rate appreciation in favour of imposing recessionary deflation on deficit countries. The ensuing currency battles are being fought on several fronts: foreign-exchange intervention, quantitative easing, and capital controls on inflows. And, with global growth weakening further in 2012, those battles could escalate into trade wars.

Multiple economies; mixed solutions
Finally, policymakers are running out of options. Currency devaluation is a zero-sum game, because not all countries can depreciate and improve net exports at the same time. Monetary policy will be eased as inflation becomes a non-issue in advanced economies (and a lesser issue in emerging markets). But monetary policy is increasingly ineffective in advanced economies, where the problems stem from insolvency – and thus creditworthiness – rather than liquidity.

Meanwhile, fiscal policy is constrained by the rise of deficits and debts, bond vigilantes, and new fiscal rules across Europe. Backstopping and bailing out financial institutions is politically unpopular, while near-insolvent governments don’t have the money to do so. And, politically, the promise of the G-20 has given way to the reality of the G-0: weak governments find it increasingly difficult to implement international policy coordination, as the worldviews, goals, and interests of advanced economies and emerging markets come into conflict.

As a result, dealing with stock imbalances – the large debts of households, financial institutions, and governments – by papering over solvency problems with financing and liquidity may eventually give way to painful and possibly disorderly restructurings. Likewise, addressing weak competitiveness and current-account imbalances requires currency adjustments that may eventually lead some members to exit the eurozone.
Restoring robust growth is difficult enough without the ever-present spectre of deleveraging and a severe shortage of policy ammunition. But that is the challenge that a fragile and unbalanced global economy faces in 2012. To paraphrase Bette Davis in All About Eve, “Fasten your seatbelts, it’s going to be a bumpy year!”