MNCs face increasing pressure to ensure they pay the correct taxes, particularly when governments attempt to fill their coffers whilst businesses face other pressures 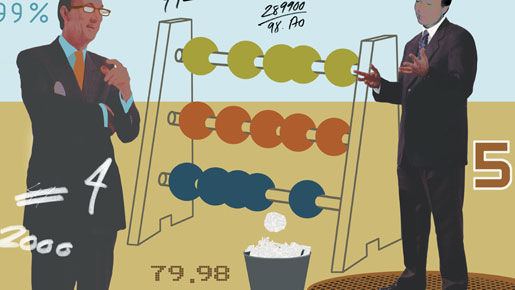 A recent survey of MNC’s showed over 70 percent of international trade was between related parties and over 75 percent of MNC’s were experiencing or expected a challenge from tax authorities within the next two years.

Previously, the challenge may have been muted and dependent on the size of operations locally. However, as more and more tax authorities adopt or change their transfer pricing rules to accommodate the OECD guidelines on transfer pricing, the challenge is now geared to whether MNC’s use transfer pricing unfairly to mitigate tax exposures. Stories appear in the press and on line business portals that suggest that MNC’s engage in “evil” tax avoidance schemes through the use of transfer pricing to shift profit to low tax based jurisdictions. These articles often misrepresent the true position and give the wrongful impression that MNC’s have no commercial rationale for their position, or are silent that the position may have been blessed by appropriate tax authorities through an advanced pricing agreement negotiated between the taxpayer and the tax authorities.

Later this article will indicate the potential threats to MNC’s through changes to the OECD guidelines and adoption into local law and changes to existing, or the introduction of new, penalty regimes. But first it is appropriate to describe what transfer pricing is.

Transfer pricing
Transfer pricing is a means by which related entities within an MNC transact business with each other and follow appropriate accounting principles that require that expenses be recorded where the corresponding revenue are generated – the complication being that within an MNC certain functions attributable to a sale may not be performed in the jurisdiction in which the sale is made. Similarly, certain risks and the intellectual property that assist in generating the sale may be in different geographic locations. Each part of the MNC participating in the ultimate sale should receive an appropriate reward for its “efforts” in crystallising that sale. This in a nutshell is what transfer pricing is about – recognising and rewarding the efforts of connected parties related to: The sale of tangible property, services provided; financing and the use of intellectual property.

To apply a common approach designed to assist both MNC’s and tax authorities determine a suitable reward the OECD introduced the concept of an arm’s length value, essentially something that applies to transactions between unconnected parties. Unfortunately, it is never that simple and the OECD guidelines contain a number of ways of determining the arm’s length value in different scenarios and suggest a variety of methods ranging from the simple cost plus method to the profit split method, this latter method being used primarily only if the other methods do not produce an appropriate result.

Arriving at an arm’s length value can be very subjective and this is where a threat lies for many MNC’s. Tax authorities adopt the guidelines in different ways and do not always accept each method, instead picking those they consider appropriate and issuing their own requirements. There is therefore a lack of a consistent approach despite the existence of the guidelines. The requirements in one tax jurisdiction may also change as tax authorities see other jurisdictions achieve success in increasing their tax take or as the OECD refine their guidelines. A recent example of a tax authority changing its transfer pricing regulations is Italy.

The significant implications relate to:
–  Assessing the type of entity to determine correctly the type of documentation that         should be prepared.
–  Advising the Revenue of the existence of such documentation each year when filing the annual tax return.
– Maintaining country specific documentation.
– Specific flow charts describing operational transactions flows.
– Providing copies of all agreements.

Cross border audits
A further development of particular concern to MNC’s is the concept of real time audits by personnel of the IRS and HMRC to ensure that the same approach is applied in both jurisdictions. The success of these real time audits is being watched by other tax authorities who are keen to adopt similar procedures.

OECD guidelines changes
Changes have been proposed to the existing guidelines which could have a major impact for MNC’s. Last November the OECD met to discuss responses to their consultative document on intellectual property issued earlier in 2010 and to consider areas such as:
– Should the existing guidance be replaced?
– Should there be a framework for determining whether an intangible exists?
– Would these intangibles be “routine” or “non-routine” and how should compensation be determined?
– Do marketing intangibles really exist?
– How should ownership of IP be determined if substantial R&D has been undertaken by a related party? At what stage does R&D produce an intangible? How should such activities be rewarded?
– Are cost contribution agreements appropriate?
– Should relevance be placed on standards developed for accounts and financial purposes and what impact might regulatory approval and restrictions have on the transfer pricing of intangibles?

All three proposals will be considered throughout 2011 and will, ultimately, lead to revised guidelines and legislation by local tax authorities increasing pressure on MNCs.  MNCs will have to pay more attention to the changes in transfer pricing regulations if they are to manage their tax exposures, mitigate the risk of penalties and avoid lengthy disputes with tax authorities determined to increase their tax take.

The views expressed in this article are solely those of the author and not necessarily those of True Partners Consulting. For more information visit www.tpctax.com