For companies seeking a North American hub for their global delivery model - Nova Scotia, Canada, offers an economical and resourceful alternative to the US and is just a short flight away, as Jane Bordenave finds out 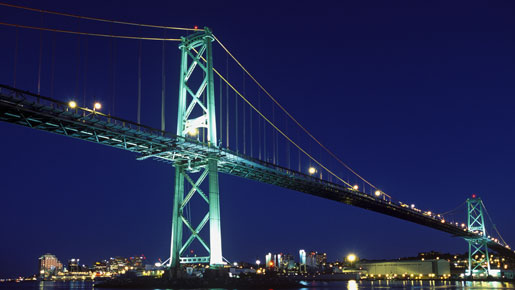 Established by the provincial government in 2001 to be the lead business development agency for the province, Nova Scotia Business Inc. (NSBI) is far from being your normal government agency. “The idea was to take a business minded approach to growing the local economy,” explains CEO, Stephen Lund. “Our board members and staff have extensive private-sector experience, which helps us to build relationships with potential partners.”

With 25 years experience in the private sector, Mr. Lund brings a wealth of knowledge to the table, and over the nine years that the business development agency has been running, it has produced some impressive results. Nova Scotia is now home to a diverse range of industries. “We have elevated the profile of Halifax, Nova Scotia, to the point that it is now home to a number of world leading companies in each of the sectors we are targeting for growth,” says Mr. Lund. Some of the largest aerospace and defence companies in the world, such as Lockheed Martin, General Dynamics and L-3 are located here, as well as a number of IT companies including BlackBerry® maker, Research In Motion.

Another growing sector for the province is financial services. “Canada as a country has a strong banking sector – one of the strongest in the world today,” asserts Mr. Lund. “Nova Scotia companies have benefited from this. We are home to global hedge fund administrators, reinsurance and insurance firms – many of which are new to the city in the past five years.” Companies like Citco Fund Services, Butterfield Fulcrum, Meridian Fund Services, Marsh and Admiral Insurance have all been attracted to Halifax in recent years by the availability of talent and competitive business costs.

The green energy sector has recently become a priority sector for Nova Scotia Business Inc. In March 2010, the province announced that Korean manufacturer Daewoo Shipbuilding and Marine Engineering (DSME) will manufacture wind turbine towers and blades in Nova Scotia. “Green industries, including renewable energy, are of increasing importance for the future economy. We want to cultivate these industries,” says Mr. Lund. “We’re encouraging investment and collaboration between traditional industries, new businesses that have invested in Nova Scotia and upcoming industries.”

So how does Nova Scotia Business Inc. make the province so attractive to new businesses? As Mr. Lund sees it, its about knowing what you’re selling and knowing how to sell it. He explains there are three main reasons companies choose Nova Scotia: People, Cost and Life. “What we mean by people,” explains Mr. Lund, “is that there is a low staff turnover rate in Nova Scotia, and the available workforce is both well qualified and trainable. In fact –the province is known as Canada’s University Capital because we are home to 11 universities. Quality people are important to any business, and you can find them here.”

In terms of cost, the capital required to locate and maintain a presence in the area is lower than it is in many other locations with similar resources, such as London and New York. Life covers all the other smaller things that add up to making Nova Scotia a desirable location for businesses. “Here we’re talking about things such as our high quality of life, proximity to key markets like the US and London, easy access to international and domestic flights from Halifax, short daily commute times, and a great working environment,” he says. Nova Scotia Business Inc. doesn’t just abandon businesses once they have established themselves, either. “We’re here to support them and work closely with them to grow and be successful.”

For Mr. Lund, selling Nova Scotia as a business location comes easy because he truly believes the province stands out from other jurisdictions – a sentiment that has been reinforced many times over to him by the companies that have set-up in the province. “We offer companies a viable and attractive alternative location for them to do business,” says Mr. Lund, “and we think that we can offer those looking to expand from Europe into North America the kind of working atmosphere that can rival even New York.”