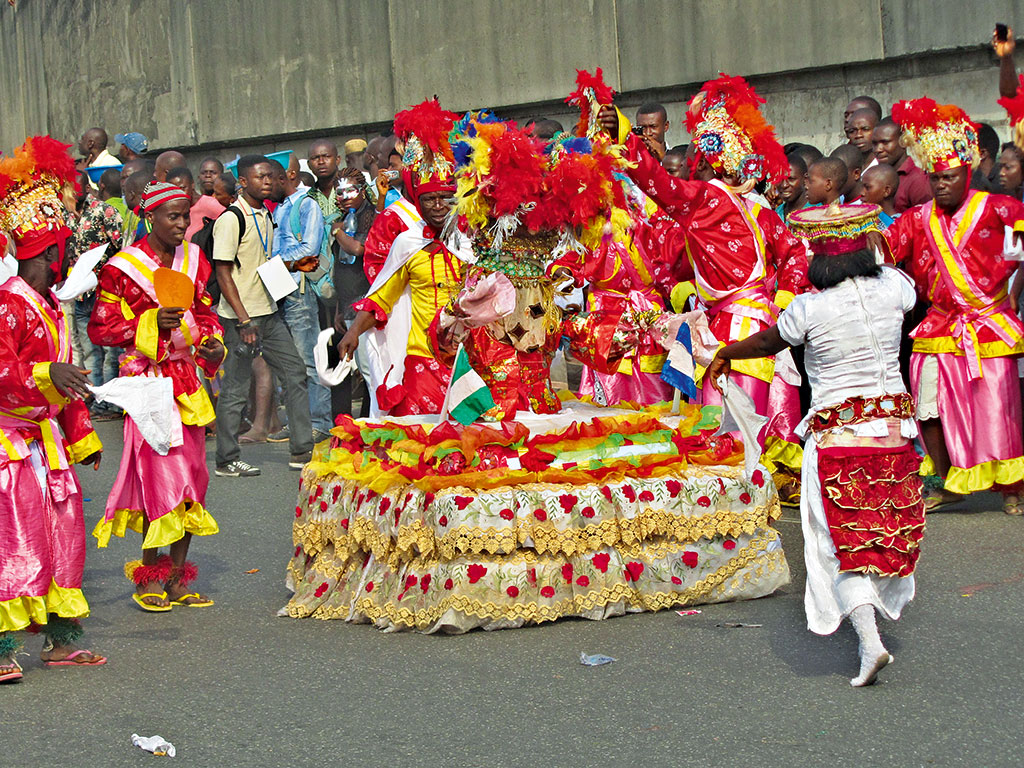 The cultural diversity and collective heritage of the local people is firmly rooted at the core of tourism in Nigeria’s Rivers State. This heritage, as opulent as it is diverse, is a fine agglomeration of the customs and cultural practices of the various ethnicities making up Rivers State.

To a considerable degree, this accounts for the natural enthusiasm for festivals, jamborees, guided tours and other similar physical engagements as the principal preferences of tourism in Nigeria, channelled through the cultures and customs of the people. Cultural tourism, then, appears to be key in the narrative of the area, since the lives and existences of its people revolve around the heritages of their varied civilisations. From a neo-modernist perspective, Carniriv represents a fitting rallying point.

Cultural tourism, then, appears to be key in the narrative of the area, since the lives and existences of its people revolve around the heritage of their varied civilisations

‘Carniriv: The Port Harcourt Carnival’ is a carnival franchise owned by the government of Rivers State in Nigeria. Aptly referred to as the land of a thousand masquerades, it is at the epicentre of the state’s array of tourism resources and represents an expressive band of ethnic variations.

Frentic revelry
Rivers State is one of seven states in the Niger Delta region of Nigeria, with 23 local government councils, 17 different languages and over 300 applicable dialects. Carniriv, Africa’s largest carnival, mirrors this rich diversity with cultural parades and exhibitions, which involve over 10,000 dancers, masquerades, puppeteers and warriors on to the streets of the capital city, Port Harcourt. It is one whole week of pulsating and frenetic revelry. The carnival is by all accounts a true celebration of the various ancient civilisations of the people and with every passing year, it ingresses further into the global reckoning.

Carniriv is the oldest carnival in Nigeria, following its inception in 1988. Most notably, Carniriv ’88 bore a striking resemblance to the biggest contemporary modern festivals of the time, and marked an unprecedented feat in Nigeria too.

Carniriv is widely accepted as Rivers State’s most exportable tourism currency. With the establishment of Rivers State Tourism Development Agency (RSTDA) in 2012, came the objective of placing this carnival firmly on the global tourism map. To achieve this, it became imperative to venture into uncharted waters: namely the global tourism market. In engaging in such a sojourn, the innate marketable potentials nestling unattended in the Carniriv consciousness became key. The overall objective and focus were equally critical. Bringing everything together into a single sellable currency has thus forged a sturdy and desirable brand.

Brand and plan
The Carniriv brand is reinforced with an entirely executable business plan. This plan panders more to a well-ramified private investment mechanism – as opposed to the holistic government-funding model, which currently nourishes the carnival. Private investments, from local and international institutions, offer a unique opportunity to expand the carnival’s reach – while offering a solid return on investment for potential investors.

The business plan was scheduled for a battery of tests for the most part of 2012, ahead of Carniriv 2013. Key test areas were mapped to include the Notting Hill Carnival in London and the Trinidad and Tobago Carnival. While Carniriv’s outing at the 2012 Notting Hill Carnival recorded satisfactory test results, its outing at the 2013 event was far more successful. Courtesy of an ensemble of breathtaking masquerades, with the accompaniment of a colourful float, the Carniriv Troupe (in league with the People’s World Carnival Band) emerged first in its competing category. This was a feat worth celebrating – especially in the knowledge that this was unprecedented for an African troupe.

With keen focus on specific deliverables, re-engineering the brand ahead of a future pregnant with interesting possibilities was particularly necessary. In essence, its basic framework was meticulously dismembered, resequenced and then reconstituted. The outcome of this process was the emergence of several subsidiary brands, such as: Carniriv Colloquium, DOFF (Dance of Fireflies) and the World Peace Concert to name but a few.

While all these are stand-alone events (during the carnival week) they also fundamentally, as individual operable entities, retain the propensity to evolve into reputable brands with the potential to commercially outgrow Carniriv.

To sustain these different entities, RSTDA engineered a three-year advancement plan for the event. In its operational philosophy, this strategic development plan deconstructs the invaluable lessons from the 2012 carnival and allies these with the future layouts and ensuing editions – the primary objective then being to devise a tractable road map for the 2013, 2014 and 2015 editions. Inherently, future co-institutional and international collaborations have also been specifically targeted.

Should outlined targets be achieved, in turn, it is hoped that this will draw the world’s attention to Rivers State as an exciting tourism destination; made popular by the Carniriv brand.

Green legacy
The 2013 edition of Carniriv was tagged the ‘Green World Edition’ in honour of nature’s bountiful offerings to the people of Rivers State. It took place between December 15th and December 21st, 2013, with a simple controlling idea. Rivers State is blessed with a rich aquatic environment of tributaries, confluences, creeks and rivulets, interjecting a morass of green flatlands and lush forests. The civilisations of old have had their existences built-upon and inescapably defined by their environment and bestowed this highly sustainable environment to the modern age.

Sadly, the fast pace of modernisation, coupled with a plethora of anthropocentric practices and interferences, have tested the very limits of this sustainability and ultimately threatened the environment with irreversible damage. In the mire of seeming desolation, Carniriv 2013 offered hope and reassurance, if only a glimmer.

Carniriv 2013 has come and gone and its impressive green theme has left a legacy, which the 2014 event is obliged to enhance and ultimately overcome. The stage is seemingly set for yet another showpiece in December 2014. This term, the prospects of an even bigger event are poignant as Africa’s largest carnival conjures even more attractive dividends for potential investors. While the rest of the world waits, the people of Rivers State say as always: get ready for the experience of a lifetime.