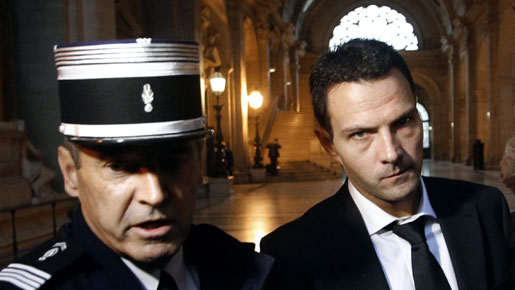 The 33-year-old Kerviel, whom SocGen blamed for a €4.9bn ($6.07bn)
trading loss in 2008, made bets without bosses knowing, former
supervisor Eric Cordelle added.

“Jerome was always able to come
up with reasons, convincing explanations. He lied from start to finish
and every time he said something, it was believable,” Cordelle told the
court in the Palais de Justice.

Although Kerviel has never
denied his unauthorised bets that reached an estimated €50bn, he has
insisted his superiors knew what he was doing. SocGen has argued Keviel
acted alone and egregiously and should be punished.

Kerviel
risks five years in prison and a €375,000 fine if found guilty of
charges of breach of trust, computer abuse and forgery.

Cordelle, who lost his job after the scandal broke in early 2008, was
appointed head of the trading desk where Kerviel worked in 2007.

He admitted to the court he did not really understand the inner
workings of the desk and therefore could not monitor it effectively.

“I didn’t have the resources or the knowledge to do it. I didn’t
necessarily understand the trader lingo,” he said, adding that the
workload was so heavy there was no time to stop over a single anomaly.

Cordelle is appealing against his dismissal by SocGen in an employment
tribunal, he told the court, citing “a lack of resources and training”
at the bank.