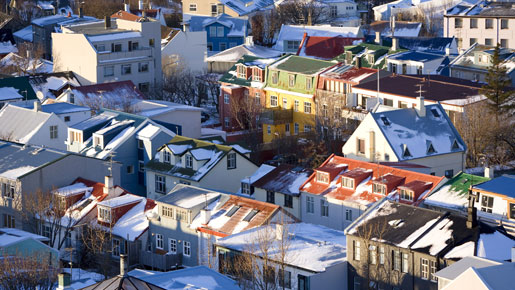 When the Icelandic economy collapsed in 2008 the cost in human terms demonstrated how tightly interlinked this global financial community really is. More Range Rovers, luxury sport utility vehicles built in the UK by a company owned by Indian conglomerate, Tata Motors, were sold in Iceland than anywhere else in the world.

Those vehicles had a pre-2008 value of £35-40,000 and were funded largely with loans taken out in Japanese Yen. When the economy collapsed, the Icelandic Krona sank against the Yen to such an extent that the outstanding debt on each car had the potential to shoot up to an equivalent value of £100,000.

But why would the ordinary Icelandic citizen be dabbling in Japanese Yen? Simple: for the past ten years the government of Japan has been pursuing a zero interest rate policy to fuel the growth it needs to lift its economy out of the deep recession that hit its shores in the late 1980s. People around the world have been offered lower interest rates on loans taken out in Yen than in their own home currencies, and many have used these to fund the purchase of first and second homes, vehicles and other high ticket items.

It wasn’t just individual consumers who were buying in Yen. Foreign exchange dealers and global investors were major holders of the currency. “For the 36 months previous to the global credit crisis, the Yen was used as a funding currency,” says Mark O’Sullivan, Head of Trading at Currency Direct. “You could borrow Yen at nought percent and re-invest it in another currency which earned high rates of interest. It was money for nothing.”

Today, however, the Yen is trading at a two and a half year high against the US dollar and is strong against both the pound sterling and the Euro, as investors expect to see Japan lift its economy out of recession faster than most others. With ten years experience managing economic recovery, and the first new government in over fifty years recently elected into power, the country is certainly one to watch.
Closer to home
The pain of the global financial meltdown has been felt by citizens all over Europe, and particularly those in the eastern zone. When formerly communist countries suddenly had access to credit and a yearning to live the Western life, everybody wanted a television, a car and their own home. With relatively cheap money flooding in from Asia and some European countries, they could have it all. When the credit crisis hit, however, their home currency collapsed and the value of those debts soared.

“This has been a big wake up call for many of the eastern European countries to absorb themselves into the Euro as quickly as possible,” says O’Sullivan. “Some of the Baltic States, such as Latvia, Lithuania and Estonia, fixed their currencies against the Euro, but the reversal in credit put their economies into shock as speculators dumped their currencies and the values of outstanding debts soared.” By contrast, Ireland, described as one of the so-called sick men of Europe, has not had to contend with a run on its currency alongside the effects of the credit squeeze because it has joined the Euro. The problem, of course, is whether Europe has the stomach to digest so many struggling aspirants all at once. There will certainly be difficult and painful decisions ahead, as the most practical but politically unacceptable course of action would be to allow the sickest economies to collapse entirely and reconstruct from what is left.

This is unlikely to happen. The European Central Bank was the first in the crisis to pump liquidity into its banking system, making sure their banks are capitalised to the hilt. Although increasing unemployment in eastern countries will put strains on the system, the ECB understands how tightly interwoven Europe and its peripheral states are. In countries such as Hungary and Bulgaria, the economy is driven by overseas investment and holiday home buying from across Europe. Moreover, for historical and geographic reasons, major Eurozone banks are heavily embedded in the emerging economies. It would be in no one’s interest to allow any of them to sink, but absorption may come at a cost.

Meanwhile, currency values continue to shift like sand on a beach around the world.  For the past twelve months, investors scared out of the market by the liquidity crisis have begun to regain their appetite for risk and move back into equities, gold and other commodities. The US dollar, which had strengthened when they liquidated their holdings and retrenched into dollars in 2008, is now trading at a low for the year. At its peak twelve months ago, many observers noted the irony of the strong dollar in the context of a fundamentally weak underlying economy, but that anomaly, too, may be in for a change.
Safe as Greenbacks
The biggest currency beneficiaries of the global economic crisis, from October 2008 to May 2009, were the US dollar and the Japanese Yen. “The reason the dollar is so heavily traded is that ninety percent of the world’s commodities are priced in dollars,” says O’Sullivan. “You have to be in the dollar to trade globally.”

The Yen, on the other hand, is seen as a safe haven, the currency of the largest economy in the world. Should the new government in Tokyo continue the policy of zero percent interest while other economies begin to raise their rates, however, it will likely lose its position as a currency of preference to some of its neighbouring Asian countries. With economies booming throughout the region, the eyes of the world are turned east looking for the growth that will lift the global economy out of its current deep recession.

But the real story is China. Currently the biggest consumer of commodities on world markets, China has thus far not allowed its Yuan to be traded freely on the global exchange. “They’re now talking about starting to put that currency into circulation over the next five to ten years and allowing people to trade it,” comments O’Sullivan.  “Once that happens, you can see the dollar being replaced as the reserve currency for world trade.” This, unfortunately is a sad but inevitable outcome for the once almighty dollar.