If you think the eurozone is a dangerous place to do business, you clearly haven’t travelled very far, writes Colin Turner 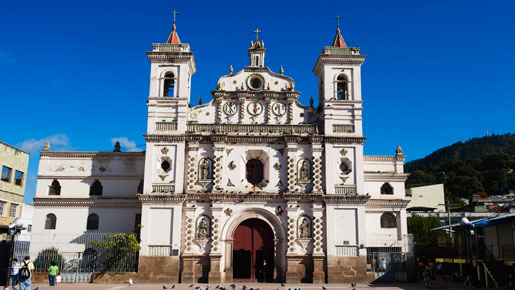 Hearing gunfire during the night alerted me to the fact that Honduras is the most murderous country in the world. With 27 percent unemployment, 50 percent of the population below the poverty line, corruption rife, and two murders a day in a city of 330,000, I questioned again why I had elected to come here to meet those business leaders responsible for generating only seven percent of its annual growth.

The visit would, however, reconfirm to me the positive attitude that exists among entrepreneurs and business owners in what the west terms third-world countries. Meeting some 450 business leaders during my stay, I asked them if they were at all concerned about the eurozone crisis that US papers that day had stated was threatening global economic stability. The response was that whatever happened was beyond their control, so they would not waste a moment of thought on it.

I asked them if they believed that the next 12-month period would prove to be more economically beneficial for them than the previous 12 months. The response was, “yes of course – it is what keeps us going”. I asked them if they blamed the government. The response was that they strived to do the best they could, because there was no other alternative. They focused on what they could do, whatever it involved overcoming, because their business was the only thing that promised to make a difference to their lives.

Don’t believe in stereotypes
One shared how his friend had built up a restaurant group of 35 outlets selling fried chicken. Indeed, I had noticed the ‘Pollo’ signs throughout the city. With 350 people employed he had plans to diversify and employ more. Then the government suddenly raised the electricity bills to an all-time high. Knowing that lobbying and fighting was a waste of time, his friend adopted what many have done in Latin America with positive results. He went on hunger strike. He had been on it for three days by the time of my arrival, committed to saving the jobs of his people, his company and the business community. The fact is that these business communities have significantly more challenges to overcome than others. Yet they have no choice other than to get on and do the best they can without complaint.

Currently the papers report that Iran is one of the most dangerous places to visit. The reality was different during my recent tour. 73 million people of a generally helpful and friendly culture are being pigeon-holed into something to be avoided. Business owners there live with the challenge of not even the slightest hope of government support. Most people I met had two jobs and worked a minimum of 12 hours a day in order to get by. Money was tight and luxury non-existent for most. Without doubt, the reasons for complaining are at a far higher level than in the western world.

We need to get a perspective about our economic woes. Yes they exist. But they are of our own making. And therefore will be of our own resolution. We are lucky to have the opportunity to overcome challenges that will develop our potential. If you don’t agree, then spend a week in a third-world country and be embarrassed about the positive enthusiasm they have for the future. They are poor but they have goals, dreams and focus on what they can do – they have the correct mindset. Does your business?

Mind over matter
Business is a great arena to test our mettle and build courage, resilience and determination. What is important is that you are master of where your business will take you, and not its slave that carries you along to nowhere. Over 100 businesses, for example, are forced to cease trading every single working day in the UK. Nobody starts with that plan in mind, yet seldom does a monitored plan actually exist. And perhaps that is the main point, because to revisit that proven worthy adage: when you fail to actually develop a watertight plan, you must be, by definition, actually planning to fail.

But a secondary point of value is that business is about learning from mistakes. We become the person we are through learning curves: they are the furnaces in which our mettle is tempered into cutting-edge steel. Without them we remain dull iron. Business is the great arena that provides us the opportunity to focus on what we can do. It is not for causing us to apportion blame for why we cannot do what we are capable of achieving, despite the hurdles that lie ahead.

The fact is that blame looks backward, whereas responsibility looks forward. The responsibility to do whatever it takes, such as the owner of the Pollo Group in Honduras, whose actions reduced the electricity rates and saved 350 jobs after 10 days of hunger strike. I am not proposing for one moment we take such action. The point is to get things into perspective and take the step towards our challenges, whatever they are. To not do so is to place our business in jeopardy – a dangerzone of our own making.