An insufferable question: To bail or not to bail?

Benjamin Franklin said: “We must all hang together, or assuredly we shall all hang separately.” These words seem more profound now than ever before 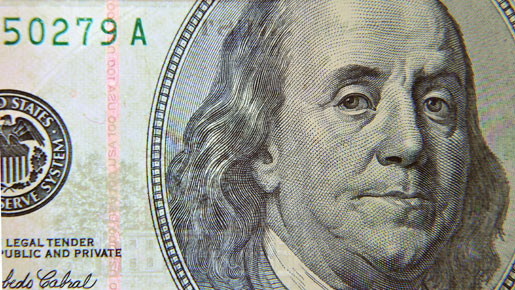 The great experiment of a unified currency without fiscal unity needed a crisis to test how the structure would truly handle countries who gorged on spending and borrowing under the “halo” of a common Euro currency. Now the bills are coming due for the PIIGS, who have large and unsustainable debt-to-GDP loads (north of 100 percent in most cases).

Patchwork rescues of Greece and Ireland only serve to provide temporary liquidity relief until 2013 but what happens after that? Even bigger temporary funding support doesn’t end the real issue, which is the longer term solvency of these countries.

No surprise to us then that spreads in periphery countries continue to widen. Indeed, this type of temporary solution combined with Germany’s mention of future loss sharing by creditors only serves to tee up fears of a run on the bank. After all, why hang around to find out what that means?

Selling begets price drops which begets even more selling, resulting in a vicious spiral. The way to end the debate is to determine whether the Euro union stands (by having all members guarantee sovereign debt) or let the weaker members go (by devaluing them which in essence is akin to default) and attempt to preserve some two tiered system with France and Germany at the centre. Which way will it go? To rescue or not to rescue, that is the question. While either outcome is possible, we believe a rescue of the sovereigns is the more likely outcome.

A student of this past rescue era would find a strong correlation between the type of note holders and counterparties of those who were chosen for rescue versus those left blowing in the wind. More often the case, the more systemically connected entities were rescued to prevent further domino effects. After all, the US government didn’t rescue AIG for AIG’s sole benefit – in doing so it also rescued Goldman Sachs. So, if we got out the white boards and looked at Germany and France’s “NPV” on the rescue versus no rescue decision (after all Germany and France would bear the brunt of either decision), we might discover some interesting facts.

On the “no rescue” whiteboard, we would need to significantly mark down the economic growth of the peripheries. Also, we must mark down German and French GDP as a secondary consequence. Uncertainty and volatility would spike with the failed experiment giving way to a new one. And what of the “new and stronger” German and French Euro? Would it jump higher like a cork under the surface of the ocean cut free from the heavy drag of the periphery anchor? Germany’s export oriented economy in particular would suffer. Ok, not great, but maybe tolerable? But wait, what did we forget to add to the whiteboard?…oh yes…who owns all this debt anyway? Well, while the exact figures are not clear, what is clear is that the German and French Governments and banks own quite a large sum of Euro debt. This sounds all too familiar in high correlations to rescues. Painful bottom line on this “no rescue” whiteboard for sure.

Ok, let’s see what the “rescue” whiteboard looks like? Rescuing the Euro through a guarantee or “E Bond” scheme means it is an “all for one and one for all” system. Germany and France take most of the burden, but the solution effectively “spreads the burden” at a “federal level” akin to the United States. On that score, the overall combined debt-to-GDP would be a tolerable 80 or so percent estimate – below that of the US.

European growth might not be robust, but we would argue the benefits of stable      currency, stable borrowing rates and the removal of massive uncertainty of where the current daisy chain breaks, who owns what debt and who can survive and who can’t winds up at a better “NPV” than the previous whiteboard. Perhaps this is why Germany’s finance minister, Wolfgang Schauble, warned markets in December not to underestimate Berlin’s mettle to protect the Euro.

After a view of our two whiteboards, Germany may have concluded, “We must all hang together, or assuredly we shall all hang separately.”