Ratings agency Fitch has awarded Turkey investment grade status for the first time in 18 years, and other agencies are expected to follow. Is this a new dawn for the Turkish economy, or will wider instabilities hinder its progress? 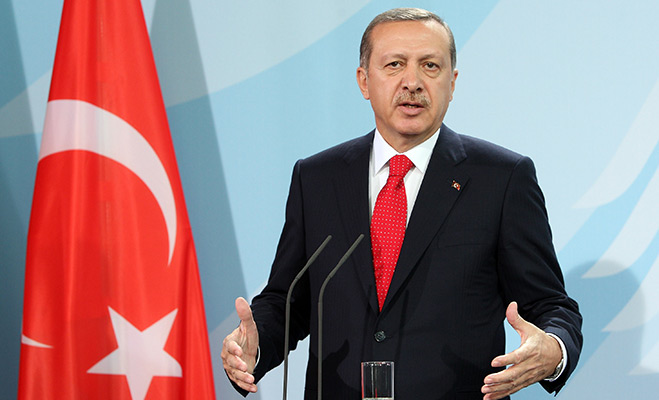 Turkey’s surge towards international economic respectability took a significant step forwards last November, when ratings agency Fitch gave the country its first investment grade credit rating since 1994. The 18-year wait came to an end after a sustained period of economic reforms implemented during the last decade by Prime Minister Tayyip Erdogan. While the announcement was welcomed in the country as recognition for its emergence as a serious global economic player, many observers urged caution as a result of its position within such a politically fragile region.

Changing reforms
When Erdogan came to power in 2002, he inherited a struggling economy suffering from a serious recession as a result of a banking crisis. In partnership with the Finance Minister Ali Barbacan, Erdogan attempted to woo foreign investors by relaxing regulations.

“Fitch does not expect the civil war in Syria to draw Turkey into a full-scale military conflict.”

His reforms have led to dramatic cuts in what the country owed to the IMF, from $23.5bn in 2002 to just $1.7bn in 2012. He has also overseen an average GDP growth rate of 7.3 percent during the past 10 years. The international community’s attitude towards Turkey began to soften in recent years, with ratings agencies like Moody’s and Standard & Poor’s showing encouragement to the potential of the country’s bond markets. However, in May, S&P cut Turkey’s sovereign debt outlook, while as recently as October, Moody’s urged the government to be more cautious with regards to balance of payments.

Impact of upgrade
The signs had continued to hint towards an upgrade of the credit rating, which eventually came in November when London-based agency Fitch raised its long-term foreign currency issuer default rating (IDR) to BBB- from BB+, as well as the long-term local currency IDR from BB+ to BBB. Announcing the decision in a statement, Fitch said: “The upgrade to investment grade reflects a combination of an easing in near-term macro-financial risks as the economy heads for a soft landing, and underlying credit strengths.

“Fitch believes that the Turkish economy is on track to return to a sustainable growth rate, having narrowed the current account deficit and lowered inflation after overheating in 2011. At some point, an external financing shock and a recession are likely. However, the agency believes the country’s strong sovereign, bank and household balance sheets, and economic and exchange rate flexibility provide important buffers against shocks spreading into a wider financial crisis.”

The news was met warmly by the Turkish administration, with Finance Minister Mehmet Simsek telling reporters that it would spur on the economy to reach greater heights. He said: “The credit rating upgrade to investment grade will support our growth forecasts, and will even increase our growth performance.”

The impact of the announcement could propel the Turkish economy towards parity with other emerging markets like Brazil and India. It is widely expected to result in a significant increase in overseas funds coming in from investors eager to capitalise on the opportunities. Now Deputy Prime Minister Babacan, the architect of much of the economic reforms over the past ten years, said in a statement that the decision was overdue and he expected other agencies to follow suit.

He said: “Turkey’s achievement of this credit rating is expected to mark the start of a new era in the access of our public and private sector institutions to international capital markets.” Analysts were equally enthusiastic about the prospects of further inward investment. UBS emerging markets strategist Manik Narain told Reuters: “It’s important to know that credit markets have been trading Turkey like an investment grade credit for some time. But at the end of the day, this will create actual investment inflows and lower borrowing costs even though it was partially priced in.”

Although the recent news has been undoubtedly positive, Turkey has not been completely immune to wider economic difficulties. In December, it was announced that, were it not for the country exporting $11.9bn of gold during the first ten months of 2012 primarily to Iran and the UAE, the economy would be in recession. These exports will have to stop if the country is serious about joining the EU, as member states were banned from dealing in gold, diamonds and oil with Iran in early 2012.

Neil Shearing, Chief Emerging Markets Economist at Capital Economics, told Bloomberg: “It’s unclear as to how long the surge in gold sales will continue, but without it Turkey would have almost certainly slipped into recession.”

Unstable region
Despite the enthusiasm for how the Turkish economy is progressing, there are a number of concerns facing the country. Chief among these would be the political instability of the region, and the troubling events in Syria, the West Bank, Iran and Iraq. Although the concerns in Syria are particularly notable, with refugees from the civil war-stricken country crossing the Turkish border and worries as to whether the conflict will overspill too, Turkey remains relatively secure – especially as Nato agreed last December to deploy Patriot surface-to-air missile batteries near the border in south-eastern Turkey.

Economic observers do not believe that the prospect of conflict with Syria is significant enough to warrant concerns over the economy. Fitch, however, says that if fighting were to break out, they may now revise their recent upgrade: “Fitch does not expect the civil war in Syria to draw Turkey into a full-scale military conflict. If such an event took place and had a significant economic and fiscal impact it could lead to a downgrade.”

With Turkey acting as a buffer between Europe and the Middle East, many have supported the country’s application to join the EU in 2005. However, with crisis engulfing EU economies, some believe there may not be a union to join in the coming years. Either way, Turkey is not expected to obtain EU membership until 2023, which would represent the 100th anniversary of the Turkish Republic.

The importance of recognition from the international financial community to Turkey’s prospects is clear, and something that many feel should have been formalised some time ago. Many investors have treated the country as a genuine emerging economy for years now, but gaining investment grade status from ratings agencies like Fitch is a public endorsement of how the country is being managed. The administration recognises this, with the Economic Minister Zafer Caglayan, saying: “Fitch’s ratings upgrade is the delivery and registration of a merit that’s long overdue. Despite the risks surrounding it, Turkey has a stable and reliable economy.”