At the helm of a company at the forefront of an industry about to expode, we might hear a lot more about this innovative CEO 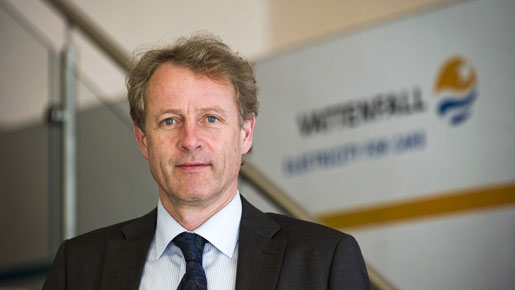 Norwegian Øystein Løseth, 52, is the CEO of Swedish energy company Vattenfall. A Trained civil engineer, Loseth has over 25 years of industry experience behind him and has held executive positions at a number of European companies including Norwegian Statoil, Statkraft, Naturkraft and Nuon. Loseth is the first non-Swedish CEO to be appointed at the Swedish, state-owned company that celebrated its centenary in 2009.

The softly spoken Loseth, with his stereotypically Scandinavian looks, succeeded Lars G. Josefsson’s, who retired in 2010 at the age of 60. Before taking on the role as Vattenfall’s CEO, Løseth first served as the company’s Senior Executive Vice President, and also acted as Deputy CEO for the group for some time, meaning that he’s had the opportunity to mature into his new position naturally. Still, it would take a man with a heart of steel not to feel a pang of anxiety taking over as CEO indefinitely at a company that faces the sour aftermath of a spending spree that has seen it develop into Europe’s fifth largest utility company– a 49 percent share of Dutch energy company Nuon being one of its major investments during 2009.

Putting on a brave front, Loseth issued an upbeat statement shortly after having assumed his new role. “To me, Vattenfall is Europe’s most exciting energy company. Under Lars G Josefsson’s leadership, a government-owned Swedish energy company has developed into one of the largest energy companies in Europe. I am honoured to be taking over from Lars G Josefsson, and I see this as a fantastic opportunity to further build on our strengths – but also to take on the challenges that Vattenfall faces.”

What experience and qualities does Loseth possess to get Vattenfall back on track? By no means a newbie to the world of senior executives, Loseth acted as CEO of Dutch company Nuon Energy, of which, as mentioned above, Vattenfall today owns nearly half. Stepping back further in time, in the late 90s, Loseth worked for the Norwegian company Statkraft, in a position that eventually saw him relocating to the Netherlands and Germany. At the time, the first moves in liberalising the energy market had been set in motion, a process that Loseth has always been actively supporting, often publicly marveling at how slowly the changes have occurred and that they aren’t anywhere near being achieved yet. The reason for this, as is generally known but has been stressed by Loseth in many interviews, is that geopolitics is an all too prominent factor, and particularly so in the gas sector, where individual countries guard their own interests too ardently. To create a more efficient and sustainable market, Loseth believes that cooperation between TSOs is crucial. “To make greater use of wind energy calls for the further development and upgrading of the high-voltage grid. If we are to avoid instability, TSOs must invest. Moreover, they must coordinate their investments. And we, the production companies, must ensure that adequate back-up power is available. Having said that, it is important to remember that creating reserve capacity costs money. Doing so must be commercially interesting for the production companies.” As for the TSOs, Loseth asserts that they must make more of an effort, urging them not to “sit back and wait until the production companies have built more wind farms.”

A man with passionate views and a seemingly genuine interest in changing the market for the better, Vattenfall seem to have found the right man for the job, and his gentle demeanor helps to take the edge off the big bad wolf image that surrounds the energy sector.

With regards to Oystein Loseth’s most immediate challenges within the very company he heads, his main focus is to get Vattenfall back on its feet. Under Loseth’s leadership, the company is tackling a handful of issues to recover from its earlier investments. Firstly, Loseth and his team are set to improve operational efficiency and availability and decrease debt levels. To help matters, Vattenfall sold its 24.9 percent minority stake in German Stadtwerke Kassel to Munich-based Thüga AG in December 210. Further, a cost reduction program will be kicked off in 2011, aiming at reducing the operational costs by €648m – a target that will be met by cost reductions in purchasing and processing improvements in operations and maintenance. An inevitable result of the cuts will be a reduction of headcount, and the process will come into play via natural attrition. In total, the overall investment program from 2011 to 2015 will be limited to €17.8m. To compare, the last five year investment program that ended in 2010 amounted to €21.7m. On a brighter note, Vattenfall reported on October 28 that its net profits almost tripled year-on-year in the third quarter of 2010, although sales decreased by nearly a fifth.

Since his tenure began last spring, Oystein Loseth has had his hands full implementing a new strategic direction put in place to up profit and value creation, while at the same time reduce debt and CO2 exposure as well as taking a leading role in developing environmentally sustainable energy production (Vattenfall’s CO2-exposure is currently above the industry average). Since Loseth considers the Netherlands and the Scandinavian countries to be leading the way in creating a truly pan-European energy market, Vattenfall’s geographic focus is Sweden, Germany and the Netherlands.