Annika Falkengren’s career has been spent at just one company – Swedish bank SEB Group. Her loyalty has seen her become one of the world’s most influential businesswomen 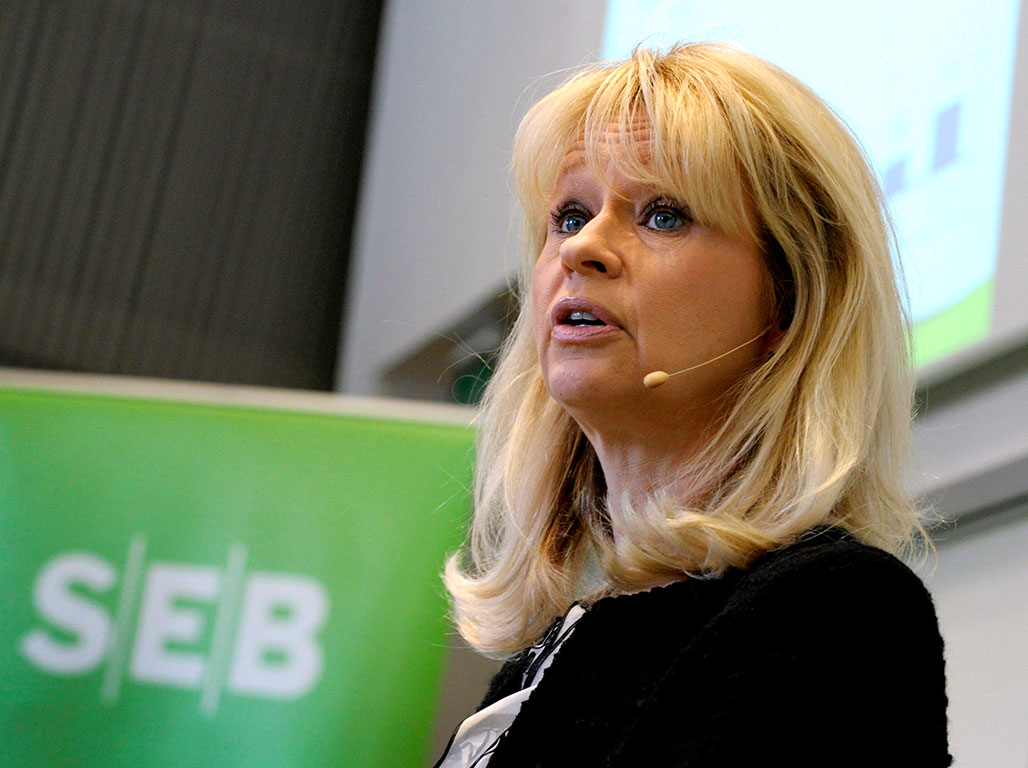 Taking a prudent approach to running a leading international bank was not a particularly prevalent strategy in the years preceding 2008’s banking crisis. In the middle of the last decade, while many of the world’s biggest financial institutions chose to overextend themselves in the chase for greater profits, the recently installed CEO of one of Europe’s biggest banks took an alternative approach.

Annika Falkengren was made CEO and President of Sweden’s Skandinaviska Enskilda Banken (SEB) towards the end of 2005 and immediately took a conservative approach to running the bank. Building capital reserves prepared the bank for the impending financial storm that swept across the industry, and actually allowed it to lend far more than its competitors during the height of the crisis. It represented a vindication for Falkengren, who had been dismissed by critics as being too cautious and not right for the top job at one of Europe’s most prestigious banking groups – a company she had worked at her entire career.

From trainee to the top
Born in 1962, Falkengren studied economics at Stockholm University before applying for SEB’s trainee programme in 1987. Falkengren has talked of how she got started at SEB, and the importance of such a scheme for graduates. She told the company’s website: “My first contact with SEB was as a summer intern at one of our Stockholm branch offices. I liked the work so much that I stayed on for three years! I really enjoyed meeting customers every day and handling their varying needs. And my impressions lasted: having finished university I applied to SEB’s trainee programme.”

Between 1988 and 2000 Falkengren worked within the Trading and Capital Markets division at SEB, before being appointed Head of the Corporate and Institutions division in 2001, where she grew the business to a point where it accounted for nearly half of the group’s entire earnings. After a number of years running the division, Falkengren was appointed group deputy CEO in 2004, before replacing outgoing CEO Lars H Thunell in 2005.

Influence and recognition
Her success has led to a number of awards recognising her achievements. She has consistently been ranked as one of the most influential women in business by Fortune magazine, ranking number eight in 2010. In addition, aside from her position at SEB, she also sits on the supervisory board of leading German car manufacturer Volkswagen.

Falkengren’s rise to the top of her profession did not come about through the careful planning of her career at a young age. She told the Huffington Post in an interview earlier this year: “I think it’s impossible to plan your career and set out that by 40 or 50 you want to be the CEO of the company. It never works that way.

“I have really been dedicated to each and every job I have had in SEB. That matters. In addition, one must never forget that no matter how well you perform you must also have a bit of luck – be the right person in the right place at the right time. In my case, I was heading out global trading operations when my boss happened to leave the bank. I got his job and then after a short period I was promoted onto the Group Executive Team.”

Proudest achievement
Falkengren has been praised – and criticised – for her cautious approach in managing the bank. Shortly after being appointed CEO she decided the best strategy was to build up the bank’s capital reserves so that they didn’t face the type of difficulties many over-extended banks were about to suffer. Despite criticism from some in 2006 for being too prudent, history shows that she was right to stick to her modest and well-informed strategy.

When Lehmann Brothers collapsed in 2008, her prudence was justified, and it is SEB’s ability to lend after this that she is most proud of. She told the Financial Times: “There were two priorities: to strengthen the balance sheet and to only think of the customers. We lent more than SEK150bn ($22.6bn) during the crisis – possibly more than any other European bank. Snatching the umbrella from clients when the rain hits you is wrong.”

The Stockholm-born CEO takes a long-term view of how to run a bank, believing that any decisions made now can often not be judged for around five years. She told the Financial Times in 2011: “In banking, where you work with relationships and balance sheets, you might not know for five years whether or not you made the right decision, so experience is much more valuable than in many other industries.”

Falkengren was appointed CEO just a month after giving birth, but told the Huffington Post that the passion for her career meant she had to find a way to make the balance between her professional and private life work: “I am a long-timer in SEB, so at the time of my appointment I knew the bank well and had a strong and committed team around me. That made it much easier for me to be on top of things, even though I was at home for a few months.”

She added: “If you are really passionate about what you do, my experience is that you always find ways to work things out. To me it has never been either or.”