While Vasella has overseen the production of some extremely effective products, his company has also experienced some of the biggest scandals in the past five years 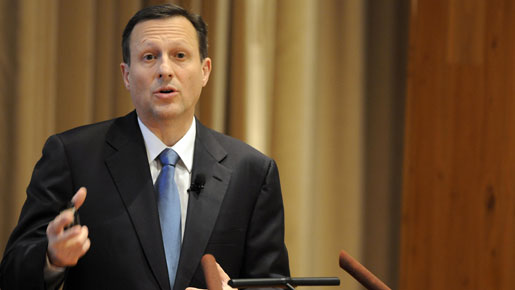 It is not easy to discern what made Dr Daniel Vasella abandon his career as a doctor in favour of the pharmaceutical industry. Some have suggested that he was driven by personal experience of serious ill health during his childhood, others that it was frustration at the slow pace of career progression in medicine, and still others that he preferred the business and development side of medicine to a patient facing role. Whatever his reasons, since leaving medicine in 1988, Vasella has risen from the humble post of a travelling salesman for Sandoz Pharmaceuticals Corporation in New Jersey to the CEO and Chairman of one of the world’s most important pharmaceutical companies – Novartis.

Novartis was formed in 1996 through a merger between Swiss drug companies Sandoz and Ciba-Geigy, overseen by Vasella in his role as CEO of Sandoz. It appears that the name ‘Novartis’ was developed by Vasella himself, bringing together the Latin words “novae” and “artis”, meaning “new skills”; a very apt title, as the way that the company works is very different to others in its field. In 2002, Vasella took the decision to base the business’ R&D firmly in science; while the idea of science being the bedrock of drug development may seem obvious, what this meant in reality was that Vasella would not push through new products to the testing stage unless there was a solid body of evidence that trials would be likely to succeed.

An example of this is when, as recounted by Business Week, he declined to advance an experimental Alzheimer’s drug to testing as too little is known about the disease itself. This policy stems from an acknowledgement that the end beneficiary of the product, and the end purchaser, is the patient, not the company’s shareholders – surely a stance influenced by Vasella’s time spent practicing medicine. It is a decision that has meant that the success of Novartis’ drug trails and thus the number of products reaching the market is much higher than that of its competitors, at 80 percent.

But the company has not been without its troubles. The first major scandal took place in 2006, in India: In 2005, India changed its patent laws, bringing them inline with international law. Novartis was one of the first companies to file a suit under the new law, as one of its most successful drugs, Glivec, used in the treatment of cancer, was being produced in generic form without license, to be sold cheaply to the Indian people. During the trial, campaign organisations such as Oxfam and Medecins Sans Frontieres declared that if Novartis won, then life saving medicines would be put out of reach of the hundreds of thousands of poor living in the country and the wider developing world. As a result of the campaign, demonstrations took place in India and over half a million people worldwide wrote to Vasella personally to voice their protest at the company’s actions. Oxfam declared a moral victory when, after the Indian courts denied Novartis’ motion, the business chose not to appeal. In June 2009, the company suffered additional criticism, refusing to donate flu vaccines free to people in the developing world during the flu pandemic, as competitor GlaxoSmithKline had.

Most recently, a major sexual discrimination case, a class action brought by 5,600 current or former female employees, has caused the firm serious embarrassment in America. This was no ordinary sexual discrimination case: While some familiar allegations remain, such as pregnant staff members being excluded, overlooked for promotion or pay rises, features such a women being coached in how to seduce clients and having their ears licked when on sales visits have made this case all the more unusual. The allegations that have caused the company most damage are those made by Marjorie Salame who told the court that she was sexually assaulted by a long time client. When she reported the incident to her manager, she was threatened with disciplinary action and told to accept responsibility for what had happened. Judgement was reached on May 19, when the court awarded the claimants $250m in punitive damages –two percent of the company’s estimated $9.5m value. This was in addition to the $3.3m already awarded to another 12 women two days previously. When possible compensatory damages are also considered, the total bill for Novartis could top $1bn.

But not all problems have been instigated by Novartis: In 2009, Vasella was personally targeted by militant animals rights activists. The problems began in mid July, with threats such as “Death to Vasella” and “We are watching you” painted on the road outside his house in the village of Risch in Switzerland, as well as on the village church. Two weeks later, his parents’ graves were desecrated and his mothers’ ashes stolen. Novartis employees across Europe were also targeted, with bombs being attached to cars and the company leisure centre in France being burnt down.

Finally, on August 3, Vasella’s holiday home in Austria was set alight, prompting him to sell the property so as to avoid any future danger to the residents in the area. No group ever claimed responsibility for the acts, although Novartis pointed the finger at SHAC because of the message “Drop H.L.S [Huntingdon Life Sciences] now.” It was a particularly difficult issue for the company to address, as it claimed to have dropped Huntingdon Life Sciences years ago.

After an impressive career at Novartis, Daniel Vasella stepped aside as CEO of the company on February 1, 2010, while remaining Chairman. There have been controversies and problems under his watch, but there have also been great successes – not least of which is the creation of Novartis itself. Many believe this will increase the company’s competitiveness and innovation, and with his background in consumer goods successor Joe Jimenez will be a break from tradition. Nevertheless, it is Vasella who made the company what it is today and whose end-user based business philosophy led it to be the second largest pharmaceuticals company in Europe by sales. Jimenez has big shoes to fill, let us hope that he is up to the job.