A corporate leader of tenacity and unrelenting stamina, Harmut Mehdorn’s ruthless manner ensures his impeccable, and at times controversial record 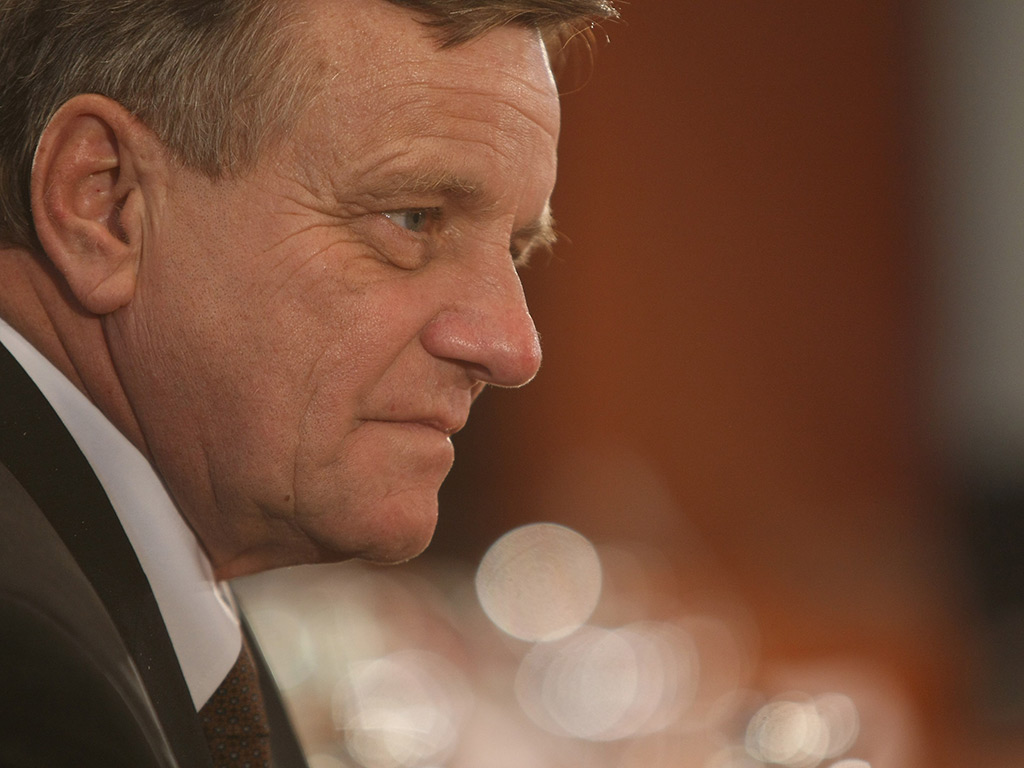 Hartmut Mehdorn’s reputation is one characterised by success, but he’s seen his fair share of scandal on the way. Having fostered an infallible and near unparalleled record as a seasoned corporate restructurer, Mehdorn’s January resignation from Air Berlin comes atop the customary wave of controversy accompanying the ‘terrier’ through much of his working life.

In September 2011, Mehdorn’s record as a determinedly tough reformer granted him the position of CEO at Air Berlin. With growing turmoil enshrouding a number of popular tourist destinations – namely those in North Africa – as well as the many and varied repercussions of the eurozone crisis impacting on profit-making potential, Mehdorn was considered the ideal candidate for strengthening the company’s fortunes.

Having spent 16 months as CEO of the enfeebled German airline, the 70-year-old debt-defying business veteran, stepped down in January of this year, far before his anticipated tenure. Though Mehdorn’s term can be considered a relative success in that the loss-making airline were enabled a somewhat considerable means of recovery, Mehdorn’s own prediction of staying in power “one-and-a-half years or possibly longer” has been inexplicably cut short.

Controlling cost
“Mehdorn fulfilled his main goal: to get costs under control,” states Sebastian Hein of Bankhaus Lampe. Through rigorous and unblinking cuts, Mehdorn was able to, in part, achieve his goal of bringing Germany’s second-most airline back to profit-making potential. He implemented a multiplicity of yield-supportive measures including the cancellation of several routes, as well as reduced operational frequency on a string of 16,000 flights and 2.2 million seats. Not stopping at shrinking flight schedules, a number of aircraft were entirely removed from the fleet, while the remainders were redeployed to routes in high demand. Another move to streamline the business was to confine all long-haul services to two hubs, namely Berlin Tegel and Düsseldorf.

At the time of his taking the position, predecessor Joachim Hunold gushed: “I am delighted that Air Berlin can rely on the rich experience of one of the best-known industrial leaders in Germany. The expertise in aviation and logistics he brings to the supervisory board will be of great benefit to Air Berlin.” Though widespread discontent with Mehdorn’s measures will continue to be heard from near 10,000 employees, it’ll be those still seated on the board who will likely bear the brunt of the opposition as well as reap the rewards.

Although Air Berlin is now in much better shape than before Mehdorn stepped in, it is said that “he didn’t deliver proof that the company can generate profits again,” resulting in the – respectably earned – credit going to Mehdorn’s successor. Mehdorn is to be followed by Air Berlin’s strategy chief, Wolfgang Prock-Schauer, who is likely to be more amiably received by employees as few more cuts are to be necessarily made following Mehdorn’s tough restructuring plans. Though net income for 2012 at €6.8m – as supplemented by newly established investor Etihad – signifies a return to profit, the year is officially recognised as an anomaly in the lead up to Air Berlin’s projected profit-making potential in 2014.

Reasons for Mehdorn’s departure are as yet unclear, though he has now started a tenure  in familiar territory, as CEO of Berlin Brandenburg Airport. It has been speculated that Etihad may have pushed for his resignation on the basis of continued losses. The Gulf airline is likely to have greatly restricted his restructuring plans, as such stretching the tensions between both parties and possibly bearing part responsibility for his eventual resignation.

Surveillance scandal
With a long and illustrious career behind him, the learned mechanical engineer’s past is not as clean cut as his amiable smile and impeccable suit suggest. In the March of 2009, Mehdorn was forcibly made to resign from Germany’s biggest public company, national train operator Deutsche Bahn. Mehdorn’s severing of ties with the company was largely due to controversy following allegations of staff being subjected to covert methods of surveillance. Though Mehdorn insisted that the internal surveillance was for purposes in preventing corruption and impropriety in contracts with suppliers, monitoring activities were conducted on over 173,000 staff through 2002 to 2003.

The repercussions were made apparent in high places as Mehdorn quickly lost the support of Federal Transport Minister Wolfgang Tiefnsee and Chancellor Angela Merkel. “I do believe that Hartmut Mehdorn can remain on as the boss of Deutsche Bahn,” said Tiefensee. “My impression is that parliament and the federal government does not take him seriously and is beginning to understand the criticism.”

The overriding weight of the scandal marred Mehdorn’s contribution to the company, having served since 1999 and having fostered healthy profits throughout his term effectively doubling the group’s turnover. Perhaps most significant of Mehdorn’s contributions was his overseeing of a vast expansion, both in relation to core rail operations business and across logistics and services sectors.

Though Mehdorn is more so recognised for dictating aggressive means of corporate restructuring, he has furthermore displayed a marked degree of foresight in his prediction of the financial crisis: “There’s an icy wind blowing in our faces and we don’t know if it will grow into a hurricane.” As such, the icy wind did turn into something of a hurricane, one which affected Deutsche Bahn adversely, sending its figures plummeting seven percent in the first quarter of 2009.

In the aftermath of the global credit crunch, he was openly criticised for the deferral of the plan to float a 24 percent stake in DB Mobility Logistics. In the same period, the group faced a number of significant industrial relations disputes, bearing heavily on Mehdorn’s wider public perception as an often reckless and inconsiderate leader.

The question remains: which Mehdorn will turn up at Brandenburg Airport – the successful veteran, or the controversial businessman?