L’Oréal’s front man has loyally served the company for over 33 years. Having studied the industry for over three decades, his hopes for the future lie in travel retail investment 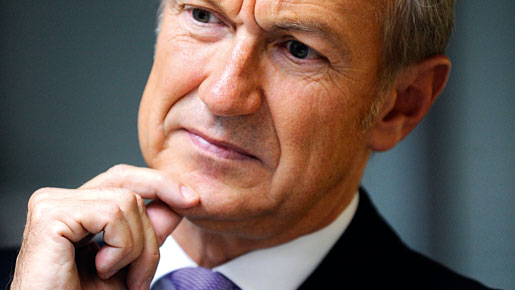 Jean-Paul Agon has been at the house of L’Oréal for so long that he is virtually a part of the furniture. Having spent the entire course of his career at the company, the head of the French beauty giant has left his mark in most of the company’s global divisions. Staying within the rewarding confines of L’Oréal has certainly paid off, as Agon was appointed CEO in 2006 and was nominated chairman in 2011.

Apart from speaking several languages fluently and being one of France’s most successful top executives, who is Jean-Paul Agon? According to L’Oréal, he is a character of quite some calibre. “A man of action, he instils in the group the energy, rigour and vision needed to successfully tackle the challenges of the third millennium; a man of conviction, he channels that same passion into promoting L’Oréal’s ethical values, making the company a model of corporate citizenship.”

PR talk it might be, but it is true that Agon takes corporate citizenship seriously, recognising that a humane front can result in increased sales. Taking the issue of social responsibility to an extreme, Agon raised a few eyebrows in August 2011 when he, along with L’Oréal heiress Liliane Bettencourt, signed a petition pleading with Nicolas Sarkozy to allow the company to pay more tax in a bid to ease the financial burden of France.

Airbrush controversy
But it appears L’Oréal is not as honourable and squeaky clean as many would like to think. Manipulating images in order to snare women desperate to find the elixir of eternal beauty is one sin that has tainted the company’s reputation. Its advertising campaigns are constantly being monitored, and a number of them have even been banned on the grounds that they are designed to mislead customers.

A campaign for a certain Lancôme foundation with illuminating properties sparked a particularly heated debate in 2011, as the face of the campaign, Julia Roberts, appeared far too luminous and line-free to be true. “Now, Aura is our science”, read one line of the self-congratulatory copy. The campaign, in which supermodel Christy Turlington also featured, was banned by the UK-based organisation, the Advertising Standard Authority (ASA).

Racial issues have also plagued the company, albeit not since Agon was appointed CEO. In 1997, the company hit the headlines following an alleged incident in which a black sales associate was fired despite meeting targets and generally performing well. Pointing at a blonde bombshell, the sales manager at the centre of the controversy is said to have exclaimed: “Get me one that looks like that.”

The silver-haired industry stalwart might currently be one of France’s most powerful and affluent men. But Agon very much started at the bottom of the company pecking order when he stepped in as a humble sales representative in 1978. The new recruit’s talent for commercial thinking was spotted early, and to capitalise on his strength, L’Oréal let him carry out marketing tasks within a year of his joining the company.

From West to East and back again
Progressing quickly from thereon, Agon’s next role saw him leaving the home-turf of Paris in favour of Greece, where he was named general manager of the region at the tender age of 25. Five years on, the ambitious professional returned to France to become the general manager of L’Oréal Paris. In this role, he helped launch key product groups, such as the Studio Line range, arguably one of the most recognisable hair care names in the world.

L’Oréal’s portfolio of brands is decidedly sprawling and encompasses brands in many different categories, across which Agon has moved freely over the course of his career. His entering the group’s luxury division occurred in 1989, when he assumed the role of international managing director of high-end skincare brand Biotherm. Agon’s main responsibility at the fancy subsidiary was to oversee the strategic repositioning of the brand. Agon’s globe-trotting lifestyle continued well into the 1990s, and over the years he has found himself working in different managerial positions in several European countries including Germany.

In 1997, the well-travelled professional was handed a one-way ticket to Asia, where he set up the company’s Asian zone and took overall responsibility for all the group’s local businesses. Among his many undertakings was the establishment of a set of companies in countries where the group had previously only operated through the help of agents. Despite financially shaky times, the expansion resulted in rapid growth, and the success was largely credited to Agon’s efforts.

Moving up yet another notch on the career ladder, in 2001 L’Oréal’s star executive was appointed president and CEO of the group’s largest subsidiary, L’Oréal USA. There, he proved to be as indispensable as the group had hoped and he took an active part in a global roll-out of the American brands and went on to launch international lines such as Fructis by Garnier to American  shores. He also went on to diversify the teams by forging key initiatives to later be applied throughout the group.

The future is travel retail
The travel-happy days seem to have left marks in places other than Agon’s passport. When asked at the TFWA World Exhibition Conference in 2010 about the future of the industry, L’Oréal’s front man answered with some resoluteness that travel retail is the area in which the beauty industry must invest. His advice makes sense, since the healthily populated BRIC countries are only set to become more travel-inclined, coupled with their unquenchable thirst for luxury products.

“We at L’Oréal are very optimistic regarding the future of travel retail. When we try to envisage the world in ten, twenty or thirty years’ time, it is a world where travel is at the heart of everything”, said Agon in an interview published in the Moody Report. “We are very committed to travel retail and we were among the first to support the channel twenty to thirty years ago, and have always been a pioneer within it. That said, we need to continue to work with the retailers in order to improve things. In particular, there is a huge opportunity to increase the penetration.”

In the same interview, Agon shared his strategy on how to up penetration levels, namely to concentrate more on the non-shoppers. “Right now, I would say that both retailers and suppliers are focusing more on the people who already shop, by dedicating all their efforts towards creating nice stores and presenting the brands well. That’s fine, of course. But maybe it would be interesting to bring a little twist, and to dig harder to understand why people do not shop – and then address those reasons.”

A strategic thinker he certainly is, but Agon has other qualities, too. Just like Julia Roberts, he is blessed with a peachy complexion. Whether that’s down to one of L’Oréal’s magic potions or a sweep of the airbrush, we’ll never know.