five years at the top of one of the word's biggest oil companies in an industry groping for its own long-term survival. But question marks remain about just how effective Van der Veer has really been. Has he shaken – or stirred up – Shell enough? 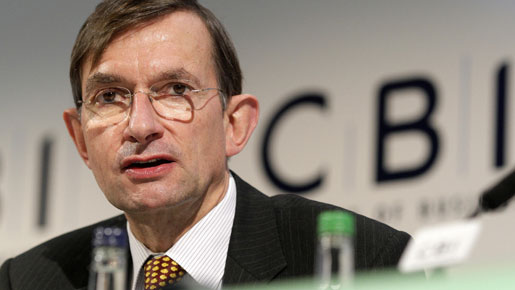 Jeroen Van der Veer departs Royal Dutch Shell this summer after a tough five years in the top seat. In terms of sheer change achieved, Van der Veer’s legacy is considerable: the former engineer who started his Shell career in 1971 disbanded Shell’s clunking Anglo-Dutch dual structure that was saddled, unbelievable as it sounds now, with two separate chairmen and two executive committees. He almost single-handedly made the oil group vastly more accountable to its major shareholders and he’s continued to advance environmentally-friendly energy alternatives in an effort to bury CO2.

Van der Veer was certainly dropped in at the deep end, dispatched into the top job at the world’s second largest global company at one of the lowest points in the oil giant’s history. In 2004, Shell was forced to radically downgrade its oil reserves, ignominiously losing its triple-A rating in the process and fined $150 million by financial regulators. Shell had misreported its reserves by 25 percent in filings made to the US regulator, the Securities and Exchange Commission. And its share price consequently tanked.

But confidence returned on the back of the commodities boom as China and India’s economies stoked themselves to new heights. Bust inevitably followed boom and now Shell, like other oil giants, is facing difficult long-term prospects as maturing wells dry up and capital-spending pressures mount, despite wide-ranging forays into alternative energy and biofuels.

A very big adventure
The notion that the worlds’s oil supplies have peaked and will decline has been often derided by large oil companies. Yet Van der Veer now appears to accept that the world’s global oil supply levels are unsustainable. The oil boss admitted last year that finding alternatives will certainly be an adventure and a challenge. “We think the world will take one of two possible routes,” he said. “The first, a scenario we call Scramble, resembles a race through a mountainous desert. Like an off-road rally, it promises excitement and fierce competition. However, the unintended consequence of ‘more haste’ will often be ‘less speed’ and many will crash along the way.” The alternative scenario, tagged Blueprints by Van der Veer, will more likely offer some false starts and a more sedate ride on a road still being built. “Whether we arrive safely at our destination depends on the discipline of the drivers and the ingenuity of all those involved in the construction effort. Technical innovation provides for excitement.” However, true technical innovation takes time, and while Van der Veer (not to mention other oil bosses) talk enthusiastically about the challenging environmental journey they’ve embarked upon, some analysts point to less flattering environmental behaviour, such as the continued excavation of Alaska’s oil sands, a heavy carbon operation deeply damaging to the biosphere – it’s estimated two tons of raw material must typically be extracted to yield one barrel of crude.

In terms of overall Big Oil image, it’s a very mixed bag says one highly respected think-tank analyst. “He [Van der Veer] came in on the promise of more transparency and Shell, I think, have made a big effort to reach out to people involved in policy debates, NGOs and the like. I think when people think of Shell they think of several things. Shell has done a lot of work on the wind and solar side, though their work has not been so slickly marketed as BP’s Beyond Petroleum programme. They’ve done a lot of work on biofuels. But there’s also the unresolved stuff too in the background, such as the death of Ken Saro Wiwa, the Nigerian activist and writer.”

The ghost of Saro Wiwa
Saro Wiwa, a Nigerian author, TV producer and environmental activist was hanged, along with eight others, by the military Nigerian government in 1995 on a rash of murder charges, widely thought to be trumped-up. In fact,  Saro Wiwa had been hugely active in speaking up against the environmental damage in the Niger Delta caused by Shell’s drilling and exploration projects. A recent civil lawsuit, sponsored by human rights activists, resulted in Shell agreeing to pay up almost £10m on allegations they were complicit with the Nigerian government in his death. “While Shell didn’t tighten the noose, they played a critical supporting role for which they must be held accountable,” says Jen Nessel from the Centre for Constitutional Rights, an organisation involved in the New York trial.

The issue has been a PR nightmare for Shell for more than a decade, and one that Van der Veer would much rather have avoided. Shortly after the Saro Wiwa storm, Shell landed itself in more difficulty when it decided to sink the decommissioned Brent Spar platform into the North Atlantic. Greenpeace mounted a formidable PR campaign against it, forcing Shell to backtrack. Both have left a large question mark over Shell and its drilling activities which Van der Veer has failed to displace. So plenty of challenges for Peter Voser, Van der Veer’s successor. Shell also remains a complex – a too complex – company that needs more focus and more streamlining which rival Exxon, a huge centraliser of operations, has managed to do.

Meanwhile, personnel changes continue to make life difficult for the current Shell boss. The sudden departure of Linda Cook, Shell’s head of gas and power division by ‘mutual agreement’ has been a huge shock – no explanation was given – spelling the end of a 30-year career. Cook, dubbed ‘the first lady of oil and gas’ was a former contender for Van der Veer’s job.

Almost 60 percent of shareholders recently opposed Shell’s remuneration report at its annual AGM, and urged directors return bonuses. Investors feel the mismatch between exec pay and performance cannot be allowed to continue, especially when share prices have inflicted so much damage to investors. Clashes over corporate exec pay have been growing at a huge rate in recent years. This is a row Van der Veer should have seen coming and defused. He didn’t. Time, then, for him to go.