How a 40-year old, technology inept designer from Essex, England has topped the list of successors for the Apple empire 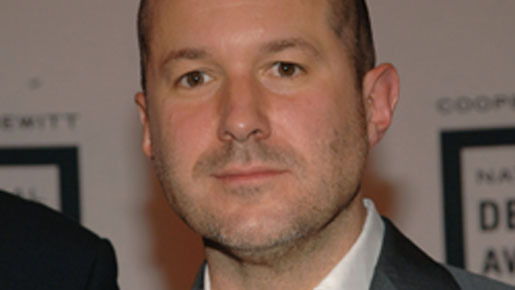 Not a CEO as such, but from celebrity friends to technology geeks, there has been much speculation surrounding Jonathan Ive, the senior vice president of industrial design at Apple in California.

Born in Chingford, Essex, and educated in design at Newcastle Polytechnic (now known as Northumbria University), the shy English man has been touted for the top as a real contender to take over from famous slash infamous Steve Jobs, current CEO of Apple.

So how did an English man, born in a small town outside London, rise up the ranks in one of the biggest companies in the world and be acclaimed as the person to carry it on? Remember the iMac? Or perhaps you’ve got a contraption called an iPod? Or an iPhone? With their aesthetically pleasing appearance? That’s Mr Ive’s contribution to the company.

It is known that every apple product ranging from the near inescapable iPod to the newly launched 3G iPhone are the creation of Mr Ive. Mr Ive didn’t create the intricate electronics that power the devices but is the mastermind behind what Apple is more known for, it’s design.

Last year, Mr Ive received a CBE from the Queen for his work at Apple. Apparently Her Majesty is a fan of Mr Ive’s work and owns a 6GB ‘Royal’ iPod (what this means, we couldn’t possibly say).

So how can this man, publicly know for his timidity take over from a man who is publicly referred to as a ‘tyrant’? He has the public behind him.

Dan Moren of magazine MacUser proclaims Mr Ive as a natural successor, saying he is “the man who embodies what Apple is perhaps most famous for – design”. Mr Moren is not alone either – he is one of many voices who have expressed their concern to Apple at them not explicitly naming a successor, saying that Mr Ive should top their list.

If Mr Ive does take over the company, it seems we may have to bid farewell to the trademark press conferences which unveil Apple’s new products. It has been said that his work is shrouded in secrecy and not even Apple staff are allowed inside his design studio. Don’t expect any ‘Hollywood style press conferences’ if he does take over.
With rumours of a successor to Mr Jobs’ rife, Mr Ive staying quiet. Susan Lundgren, an Apple spokesperson said “Jony feels his time would be better spent doing his job than doing interviews.”