One of the most influential CEOs in the US, and the first female boss of Lockheed Martin, Marillyn Hewson will now seek to improve the company’s dealings internationally in the face of upcoming budget cuts 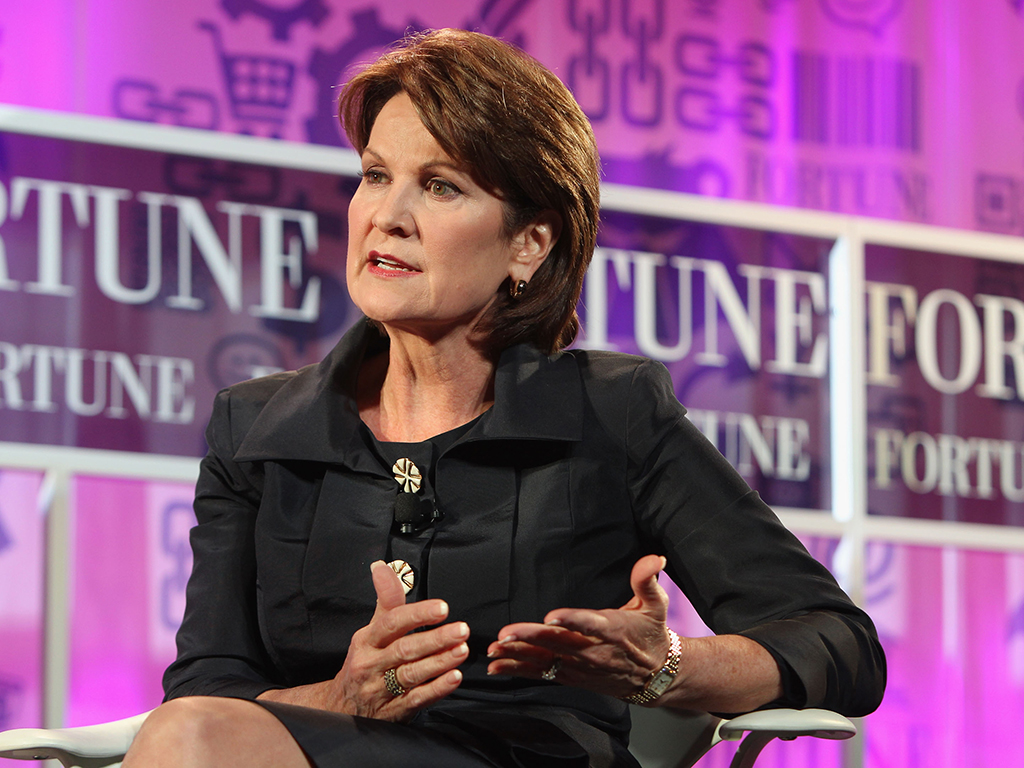 Woman to watch: Lockheed Martin's first female CEO Marillyn Hewson has been on Fortune magazine's '50 Most Powerful Women in Business' list for four years in a row
Profiles

Marillyn Hewson never thought she would be in charge of one of the world’s biggest defence contractors. As Lockheed Martin’s first female CEO, she manages 115,000 employees, innumerable departments and development laboratories, and a company whose revenue comes predominantly from US government contracts. Over the next decade, however, the Pentagon aims to make $1trn in cuts, and contractors like Lockheed are now beginning to feel the squeeze.

After a disappointing last quarter, with year on year net earnings falling 14 percent to $488m, and forecasts of declining revenue in 2014, Hewson finds herself at the helm during a challenging period for the company. Despite all this, she remains hopeful that 2013 will represent a “bottoming out” of the defence industry and acknowledges the company needs to refocus to accept more non-US contracts in the future, given the sweeping cuts happening in Washington. Hewson joined the Lockheed Corporation in 1982, well before its merger with Martin Marietta to form the current business entity, and her career has seen her take on an astonishingly diverse number of positions at the company. Most notably, Hewson was president of Lockheed’s massive Electronic Systems division – the division responsible for air and missile defence, missile strike packages, and sensor development. Spells as president of Lockheed’s Systems Integration and Logistic Services divisions are also notable additions to her CV.

With such a prolific and varied career at the company, it is perhaps no surprise that Hewson was selected to run the company. She took over from Bob Stevens, CEO since 2004, who retired from the role to become Executive Chair of the company’s board.

Power trip
Hewson’s responsibilities stretch beyond Lockheed Martin. She is also on the board of US chemical giant DuPont, and from 2010 to 2013 she chaired the Sandia Corporation’s board of directors too. These roles epitomise her dedication to gaining a wide business acumen across a variety of related sectors. Hewson was also selected as one of Fortune magazine’s ‘50 Most Powerful Women in Business’ for the past four years and was named the 34th most powerful women in the world by Forbes in 2013.

In September 2013, Hewson was chosen by Obama to join the President’s Export Council (PEC). The council brings together a diverse mix of some of the country’s most esteemed business people and politicians to advise policymaking and help promote the proliferation of international trade. The PEC has advised on all matters of US international trade policy for the last 40 years. A large part of the its role is promoting export expansion – advice Hewson may have to observe herself if she is to lead Lockheed down the path of reducing the percent of the company’s overall sales coming from Pentagon contracts.

New horizons
If the company is to avoid the brunt of the cuts in defence spending, they must look overseas. Yet, Lockheed has to be mindful of the atmosphere in Washington. The Arms Control Export Act prohibits US arms traders from selling ‘sensitive technologies’ to certain international parties, and therefore the company could find itself penalised if it does business with a country that does not have decent diplomatic standing with the US. Any foreign investment Lockheed makes, such as reinvigorating historic ties to the Russian space industry, have to be carefully considered and well-documented lest they attract the ire of US government.

Hewson seems well aware that the company may struggle in the next few years if they do not diversify, and her main focus appears to be flirting with the idea of commercial diversification. Recent strides to diversify the company have so far proven successful – Lockheed’s recent acquisition of Dutch aircraft simulation company Sim-Industries has proven successful as that company continues to grow.

The company also recently signed a contract with a Chinese firm to build a 10mW power plant to power a holiday resort. Hewson is confident that she can lead the company to a new, less US-based future. “What will Lockheed Martin look like? We are very much growing our international business and so I think if you were to look out five to 10 years from now, our global footprint will be broader, we will have more international business,” Hewson told Defense News.

Cracking cybersecurity
There is another area in which Hewson sees potential for the business, away from arms and aeronautics she wants to ensure Lockheed has a “stronger presence” in the ever-growing cybersecurity market, highlighting it in a recent interview as a “very important competence” for the company. Estimates put the commercial prospects for cybersecurity at around $20bn annually, a figure that is certain to grow in the coming years.

Lockheed has capitalised on this surge in demand for cyber services that began in the last months of the Bush administration, and its Information Systems and Global Systems division is now on the verge of becoming the principal contractor for the National Security Agency, the hub of the US military’s cybersecurity programme.

The company has long been the pre-eminent systems integrator for the US government, but if Hewson can utilise Lockheed’s good reputation around Washington then the promise of further contracts could be very lucrative. Strides in biometrics and rapid developments in cloud computing already seem to indicate that Hewson’s hopes for the future of the business in IT are starting to take hold.

Hewson faces a period of uncertainty for Lockheed. Defence contractors find themselves balanced in a precarious position because of the nature of its contracts and, normally, most of the uncertainty is out of its control. Strong leadership will be required for the company to avoid most of the backlash of US budget cuts, but with Hewson in charge, the future for Lockheed Martin seems a little brighter.