A Francophile since childhood, Maureen Chiquet has climbed the ladder of the fashion industry to lead the world’s most glamorous brand 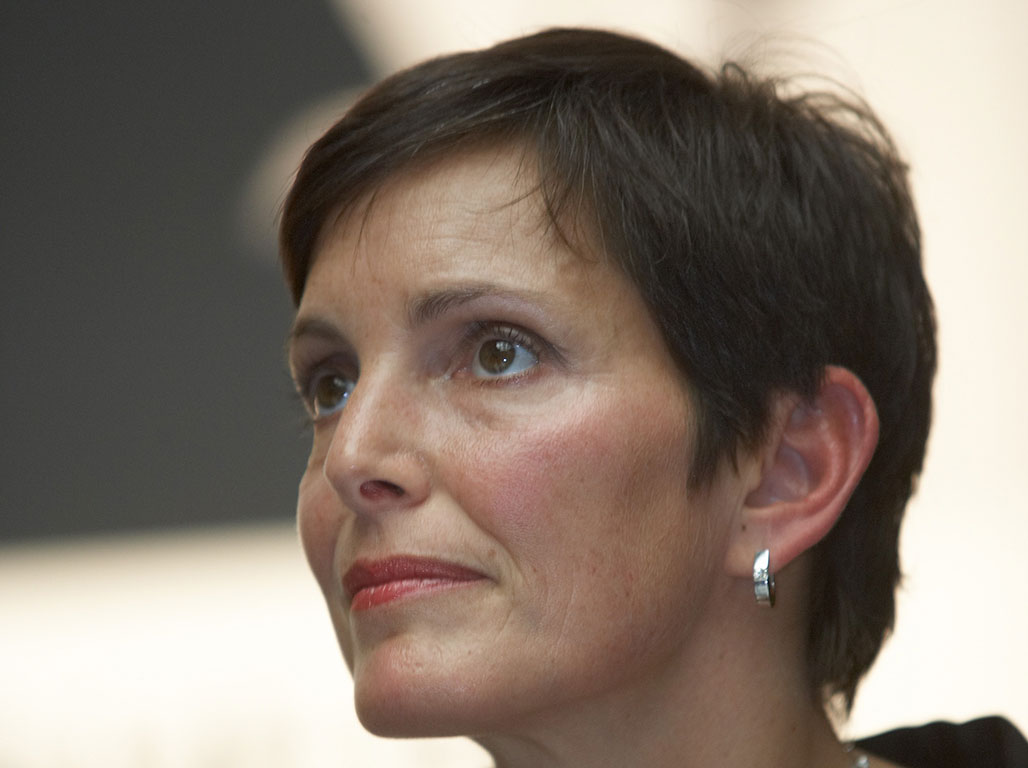 Ever since she was a child, Maureen Chiquet has had a love affair with all things French. As a young girl, she dreamt of “living in Paris and being French”, she told Time in 2010.

Her other passion was the visual arts, and she hoped she would one day have a career in “creating beautiful products and images”. Now, as the CEO of France’s most famous fashion house, the 50-year-old American businesswomen might feel that she has fulfilled the ambitions of her childhood self.

Passport to Paris
Born Kathryn Daughtery Maureen Chiquet in St Louis, Missouri, in 1963, she went on to be educated at the prestigious Yale University in Connecticut. Shortly after being named CEO of Chanel in 2007, she spoke to the alumni magazine about her career. She said her time at the university had been particularly fruitful: “One thing that’s unique about Yale in my memory was the access you get to great minds. There was never a hurdle. Maybe that environment creates that feeling of power to do things that are extraordinary.”

Graduating with a degree in film and literature, she was unsure of what to do next in her career: she walked out of one of her LSAT law exams. Instead, she found an internship in the city she had dreamt of living in since a child, as marketing intern at L’Oreal Paris. Speaking to Time, she described that moment as “the beginning of my career and love affair with the world of beauty and fashion”.

After her stint in Paris, Chiquet returned to the US in 1988, where she joined Gap as an assistant merchandiser in its San Francisco offices. In 1994, she helped launch the company’s Old Navy brand of low cost, fashionable clothing, which soon became a leading part of the business, worth $5bn. She says the experience provided her with a huge insight into team and brand building.

After eight successful years in the division – where she rose to the position of executive vice president of merchandising, planning and production – Chiquet had transformed it from a small offshoot with just 35 stores to a nationwide brand with 850 outlets. A brief stint followed in 2002 as president of another of Gap’s subsidiaries, Banana Republic.

Return to the capital
Chiquet told Time: “Probably my most important decision was to leave Banana Republic and my home in California where we had been living for 15 years, to move to Paris and join Chanel, once again, following my heart.”

A year after joining the firm, she was appointed President of Chanel in the US, where she was mostly responsible for the Fragrance and Beauty, Fashion, Watches and Fine Jewellery divisions. A restructuring of the company in 2007 saw her assume the role as the 97-year-old fashion house’s first global CEO. Portfolio magazine credited her with transforming the firm into “the single most valuable fashion brand,” worth a reported $6.2bn.

Getting to the position she is in now – the pinnacle of her industry – has taken both guts and hard work. It has also meant knowing how to manage large groups of people and hiring the right types of people to help make a company grow.

Chiquet told Time that finding the right people is one of the most important aspects of any managerial role, and often some of her biggest mistakes have come in that area. She said: “Often, the pressure of the business and fear of having an open position encourages us to hire people who are either not right for the job or not ready to take on
the responsibility.

“I have often made this mistake and now realise that it is not just the quality of the candidate, but their fit with the brand, the business cycle and the existing teams. I also have learned that even the best candidates need time to acclimate to the new environment so you can’t rush the on-boarding process.”

Women in business
While the industry in which Chiquet works has plenty of female leaders, the trend within the wider business community is still for companies to be headed up by men. Chiquet says society’s perception of women leaders needs to change: “I think the barrier has to do with familiarity. We are used to seeing men lead and so have an immediate confidence and comfort in what they might do, even if they are less qualified for a job.

“Men display less self-doubt and lead with what seems always like a sense of force and direction. We are not as familiar with women leaders and so we question their skills. As women, we always need to work harder to prove our competence.”

She told Yale Alumni: “The only time I thought about being a woman was when I was at the Gap and I was growing in my career. I had a conversation with my boss – who was also a woman – about this and we both noticed that you could make it as a woman, but you just had to work harder. There was this inherent trust, if you were a man, that you could make things happen, that you were efficient, that you were good at your job, that you knew how to mobilise people in teams – whereas a woman had to prove that.”