Anybody taking on the job of running a government-owned airline these days can expect turbulence. But when it’s an airline in trouble like national flag-carrier Finnair, there’s always the risk of coming down in flames. 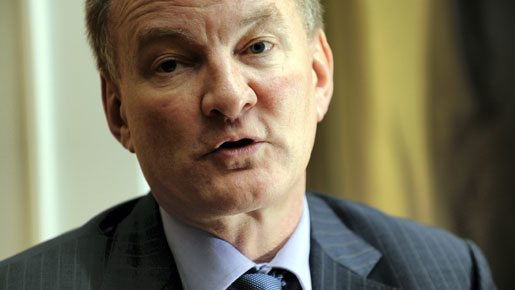 And yet, in just nine months former Nokia star executive Mika Vehviläinen was able to turn around Finnair against all odds – and against most predictions –  to produce its first operational profit in nearly two years. Not only did he achieve a €42m profit in a €75m turnaround from 2009, most of the other benchmarks improved, including levels of passenger traffic, revenue per passenger and productivity.

About the only numbers to fall were the ones that were meant to fall – unit costs and employee numbers – which are the keys to Vehviläinen’s all-round efficiency drive. As analysts point out, the new chief executive was somewhat fortunate in that Europe recovered slightly from the crisis, helping to sell seats in an industry that’s highly vulnerable to the general state of the economy. An increase of just one percent in passenger load factor adds €15m to Finnair’s bottom line, and of course vice versa.

Back to red ink
And suddenly, when it was all going so well, the new chief executive hit flak. Just as Vehviläinen was about to announce a full year’s profit to a grateful Finnish government, the airline ran into a bout of the labour problems that had forced the resignation of his predecessor. For ten days in early December, half the planes were grounded as cabin staff went on strike after months of fruitless negotiations over tighter working conditions and the airline bled red ink all over again.

And so, as Finnair lost up to €2.5m a day during the strike, the disappointed miracle-worker warned that there would be yet another year of red ink.

Vehviläinen’s was a surprise appointment. He became president and chief executive in February 2010, leaving a top job to accept what many thought would be a poisoned chalice. At 49 at the time, he was relatively young for the task of reviving a major flag-carrier with such a prestigious history – Finnair ranks as the sixth-oldest commercial airline in the world – and a 60-aircraft fleet.

Also, it concerned analysts that Vehviläinen, who has a M.Sc in economics and an advanced management degree from Harvard business school, had spent most of his executive life, nearly 20 years, at a phone company. At Nokia he had worked his way up to be chief operating officer of wireless division Nokia Siemens Network, a far cry from running an airline in a tail spin.

His predecessor, Jukka Hienonen, had walked out of Finnair’s headquarters at Helsinki-Vantaa airport in what were termed “crisis conditions” as the airline battled with declining passenger numbers, overcapacity and ruinous competition from budget airlines on its European routes. Hienonen laid much of the blame for the airline’s predicament on unions’ refusal to face reality and adopt more efficient and cost-effective procedures.

Bloated workforce
Vehviläinen immediately and bluntly spelt out his strategy. A turnaround would require “goal-directed development of business practices to improve competitiveness” in which “management and personnel will have to cooperate closely.” He also announced a plan to cut costs by €200m a year, double the savings targeted by Hienonen, and ominously nearly all of those cuts would be extracted from a bloated workforce.

Finnair’s problems are those of many other state-subsidised national flag-carriers with swollen payrolls and inefficient practices developed in a softer market before the era of low-cost carriers. As the new chief executive said, although Finnair has a lucrative domestic network, “it competes on global markets and more than half of its markets are abroad.”

For an executive accustomed to operating in an international market, it was a no-brainer. The airline’s first priority was to reduce costs to the level where it could become globally competitive. As a November study by IBM on the aviation industry shows, most of today’s passengers buy their seats on price. “Only 41 percent are willing to pay more to fly with their favourite airline,” it found. (Finnair is working with IBM to analyse the entire passenger experience from booking to flying to figure out how to attract and keep traffic.)

Asian strategy
The recovery strategy is not however based solely on cost-cutting. Vehviläinen has shown he’s prepared to invest heavily in expanding promising markets and Asia in particular. So far this year, Finnair has added five new fuel-sipping Airbus A330s to its fleet in place of the hard-worked MD-11s, with another three due next year (the A330s consume 20 percent less fuel than the MD-11s). The Asian focus is working, with Finnair’s sales in Japan exceeding those in Finland for the first time.

However while being prepared to invest in aircraft, the new man is definitely economising on staff. Over 2010 staff numbers dropped by 15 percent compared with 2009 under a programme called “Forward Together”, a slogan which must stick in the craw of those made redundant. At the same time Vehviläinen has reconfigured the management team. Few of the original executives appear to have survived and in September the board underwent a complete overhaul to make it more operationally efficient.

The likely trigger for the latest wave of industrial unrest was the scarcely veiled threat of Vehviläinen, clearly frustrated by slow progress in downsizing the payroll and improving work practices, to outsource much of the business. The threat was made shortly after a two-day strike by pilots, provoked in part by an outsourcing deal to Finncomm        airlines, was settled when the union accepted a five percent pay cut.

Red rag
Facing a series of negotiations with unions over coming months, Vehviläinen warned that it was “impossible to build a viable future with Finnair’s current structures”, and so the airline was “assessing the extent to which our work will be performed in future in Finland or whether it would be more cost-effective to carry out some of the work in locations with a lower cost level.”

This was a red rag to a bull, especially when the chief executive confirmed Finnair was talking with “possible partners [who] could perform activities more efficiently on our behalf.” Other unions of public employees rapidly backed the cabin staff, probably fearing Vehviläinen’s strategy could be adopted by the government. Train drivers refused to run extra services to collect delayed passengers, mail and fuel deliveries were halted, airport ground staff refused to do overtime and engineers downed tools even for the service of foreign airlines such as British Airways.

The dispute inevitably became a war of words. -“It is tragic that parties are striving to hold on to old terms and conditions in an industry that is changing dramatically and irrevocably,” fulminated Vehwiläinen.

The big question now is whether the end of the ten-day strike marks the beginning of the unions’ capitulation or the start of a war, but at least Finnair is flying again. However it won’t now produce a profit until 2011 at best.