Nokia is an adaptable company. The Finnish multinational has survived for 150 years because it has always been willing to respond to shifts in markets and technologies 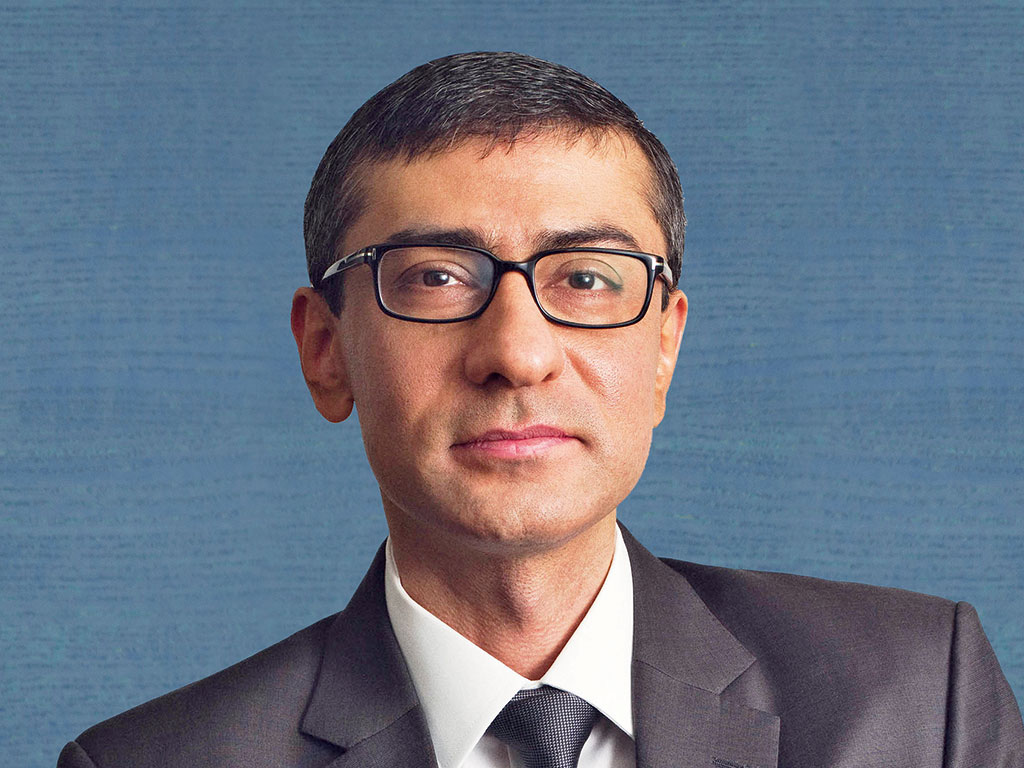 A man of all seasons: Rajeev Suri has lived in a number of destinations, including New Delhi, and his experience in mobile networks and related topics made him the ideal candidate to take control of Nokia
Profiles

Nokia has gone through a lot of changes in recent years. Those in their late twenties and over will likely have fond memories of the Nokia brand, as they probably owned the company’s popular 3210 handset. Such sentiments abound because, in the late 1990s and early 2000s, the Finnish mobile phone company was the world’s largest producer of consumer handsets. But, as the company’s President and CEO, Rajeev Suri, explained to political and business leaders at the European Internet Forum in January this year, “it has been quite a journey since then”.

He should know; after all, he is the man charged with taking the Finnish multinational in a totally new direction. In April 2014, a month prior to Suri’s appointment as CEO, Microsoft officially acquired Nokia’s devices and services business, in a bid to compete against the likes of Apple and Samsung for a slice of the mobile phone market. It was a move that took Suri’s predecessor, Stephen Elop, along with it, leaving behind a business in a state of flux and in desperate need of strong leadership.

When Suri took the reins in May last year, many were unsure of what the future held for Nokia, but few doubted he was the right man to navigate the company into the unknown. Though he holds Singaporean citizenship, Suri was born in New Delhi, in 1967, after his parents moved there from Kuwait in the 1950s. As a young man, he studied electronics and communications engineering at the Manipal Institute of Technology, and went on to work for Calcum Electronics in India, as well as Churchgate Group in Nigeria, before joining Nokia in 1995. Over his 25 years in the tech industry, he has honed his skillset to specialise in mobile networks and related topics such as big data analytics, cloud computing, and internet business, making him the ideal candidate to take Nokia down its new path as a communications and information technology company.

In a video announcing his appointment as CEO, Suri said: “As I take on the role of CEO of Nokia, I do so with humility, respect and excitement. Humility, because I know how important the company is to so many people around the world. Respect, because I have learned the power of Nokia’s deeply embedded core values. Excitement, because I see the opportunity ahead of us.”

EXPERIENCE
1989: After graduating in electronics and communications engineering, Suri joined Indian firm Calcom Electronics, before moving to ICL India as an account manager
2004: After two years in Nigeria, Suri returned to India to join Nokia, working as system marketing manager for Nokia Networks India, then for Nokia Networks South Asia
2006: He progressed to Nokia Networks, holding a range of posts before being named CEO of Nokia Solutions and Networks in 2009, a post he held for five years
2014: When Microsoft purchased a large section of Nokia’s business, and took CEO Stephen Elop along as part of the deal, Suri was named as his predecessor

Nokia nosedive
Suri is going to need to harness all of his considerable expertise and business acumen in order to return the company to its former glory. So far, 2015 has been a bit of a mixed bag for Nokia, as it continues to try and find its footing and secure the necessary deals to ensure long-term profitability.

Nokia’s stock value took a turn for the worse when it published its Q1 2015 results. The fall in value probably came as a surprise for many, as net sales for the quarter stood at €3.2bn, up 20 percent from the previous year (€2.7bn in Q1 2014). However, investors were probably spooked by a decline in the Nokia Networks division’s profits. However, despite the sombre sentiments of investors, Suri possesses a strong conviction in the course on which the company is embarking.

“I remain confident that our lean operating model, ongoing focus on cost management, and the current strength of our portfolio will enable us to meet our 2015 goals for Nokia Networks”, he said in a statement. “The business delivered healthy year-on-year growth, even after adjusting for currency fluctuations, although a number of factors in the quarter had a negative impact on profitability. We expect some of these negative factors to ease, particularly in the second half of 2015.”

“Shortly after the end of the quarter, we announced a landmark deal with Alcatel-Lucent. The strategic logic of this proposed transaction is strong, and we believe that it will provide long-term benefits to shareholders of both Nokia and Alcatel-Lucent.”

The Alcatel-Lucent deal, which cost €15.6bn to complete, really could revive Nokia at a time when it needs it most. Over the last decade, the company has seen its mobile handsets take a beating by competitors, causing it to look for a different arena to compete in. The decision to acquire Alcatel-Lucent will help the Finnish company become a major player in the telecoms market.

Suri’s decision to acquire the French company may indeed be the right one, but now the deal is done, the next step for the CEO is to bring it into the Nokia fold smoothly. This is going to present its own challenge, because, in the years before its acquisition, Alcatel-Lucent developed a very different system of cultural and operational control. The variation in management styles between the two companies must be consolidated, and there is a question mark over whether Suri is taking on too much too soon. But, while Nokia’s boss recognises the huge task ahead of him, he clearly feels it is a risk worth taking.

“Together, Alcatel-Lucent and Nokia intend to lead in next-generation network technology and services, with the scope to create seamless connectivity for people and things wherever they are”, says Suri. “Together, we expect to have the scale to lead in every area in which we choose to compete, drive profitable growth, meet the needs of global customers, develop new technologies, build on our successful intellectual property licensing, and create value for our shareholders.”

“We have hugely complementary technologies, and the comprehensive portfolio necessary to enable the internet of things and transition to the cloud. We will have a strong presence in every part of the world, including leading positions in the US and China”, he adds.

Chinese ties
Possessing a strong presence in the world’s largest economy is a crucial piece in the puzzle for Nokia, if the company is going to rise to the fore once again. The favourable position the company holds is due, in part, to its assistance with a number of large infrastructure projects inside the country.

Nokia played an important role in helping China develop its own mobile telecommunications networks, and promoted TD-SCDMA and TD-LTE as global standards in 1998. Over the last two decades, Nokia has helped build a full value chain to support these networks, including product management, research and development, manufacturing, logistics, global marketing, and sales and services.

To date, the company has 47 commercial TD-LTE networks in six continents. This technology standard has proven particularly important to Chinese operators, ecosystem partners, and subscribers, resulting in Nokia Networks’ Markus Borchert being honoured with the People’s Republic of China Friendship Award in 2014. And, in April of this year, Suri himself was handed the Marco Polo Award, the highest honour accorded to a non-Chinese citizen.

“This is a token of our gratitude and appreciation for Rajeev Suri, and the Nokia team, for becoming one of China’s key partners in progress”, Zhang Jianguo, General Secretary of the China Association for International Exchange of Personnel, said of the award. “We truly honour the company’s contributions as a crucial building block in the country’s economic and technological development, with the hope that this partnership will become stronger in the future.” Suri joins former US President George W Bush and Alex Trotman, former CEO of Ford, as notable recipients of the prestigious award.

“Nokia has been in China since 1982, and, as a pioneer in telecommunications, we are proud of our role in the country’s rise to become a leader of the global economy”, says Suri. “This award recognises our innovation force behind TD-LTE and our hard work in the country, and will spur us on to do even greater things in the days to come.”

HERE and now
One area where Nokia has been making a lot of progress of late is with its HERE mapping and location division. The aim is to provide consumers and businesses an alternative platform to Google Maps. Nokia generates revenue from the service by selling subscriptions to companies including Amazon, which uses it to support its Kindle Fire tablet, as well as automakers such as Audi, BMW and Mercedes-Benz.

As it stands, roughly 80 percent of cars that have a built-in GPS navigation system are supported by Nokia’s HERE services. But, according to a report by The Wall Street Journal, German automakers are no longer content with just a subscription, and have joined forces in a bid to acquire a controlling majority of the business, with Nokia retaining a minority stake. “The greatest threat to the automobile industry would be if Google developed an operating system for self-driving cars and made it available free to everyone”, an unnamed source told the newspaper.

The consortium of German car manufacturers’ intention is to keep Google at bay by taking control of what many say is the most sophisticated mapping service on the market. They plan to develop the service in order to make it the “eyes and ears of self-driven cars”, according to the report. The agreement is yet to be finalised, with the final price unknown, but recent sentiments shared by Nokia’s CEO seem to indicate that the deal is likely to go through.

Speaking at the Mobile World Congress, Suri discussed the future of Nokia, claiming that its HERE division has helped to put it “at the forefront” of the automated car industry. However, he also raised some eyebrows at the exhibition for his comments on the controversial topic of net neutrality.

“There are some services that simply require a different level of connectivity”, said Suri, claiming that driverless cars require a prioritised connection to the net. “You need this differentiated quality of service”, he noted. “You cannot prevent collisions if the data that can prevent them is still making its way through the network.”

Naturally, such sentiments have been scrutinised by members of the tech industry, who believe that net neutrality must be upheld in order to have a free and fair internet for all. A report by technology news site Techdirt argues that Suri’s comments undermine the concept of self-driving cars, as in order for them to be a viable option “one of their key features must be the ability to work safely even with the flakiest of internet connections”. It will be interesting to see how this line of argument plays out once driverless cars come to market.

Nokia has always been a company in a state of flux. From its humble beginnings as just a single paper mill, the company has been involved in everything from paper products to power cables, rubber boots to mobile phones, and now maps and patent licensing.

As the company continues a journey that spans 150 years, those who rely on its continued success, both inside the company and out, will be hoping that Suri can manage the next stage in Nokia’s metamorphosis.