10 tips to negotiate the pay rise you want

Are you getting the pay and promotion you deserve. Or is a reluctance to negotiate holding you back? 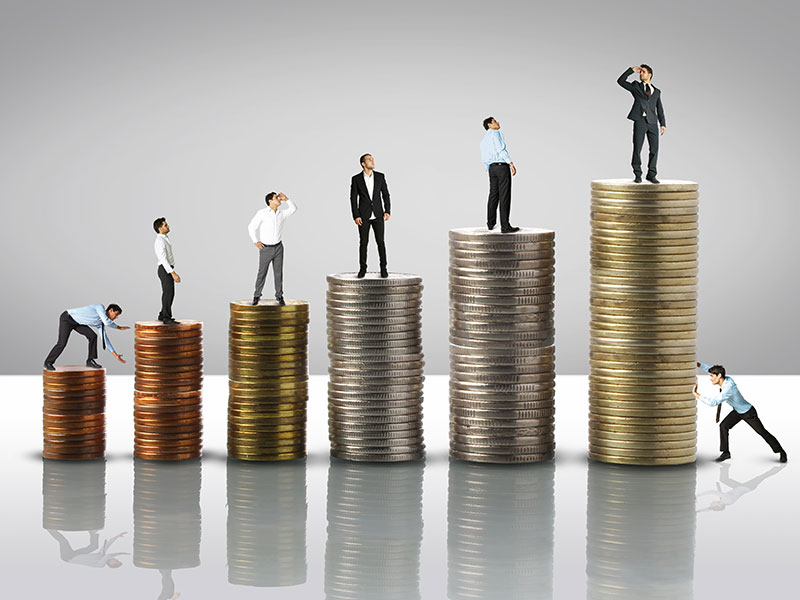 As the BBC continues to battle against accusations of gender bias, following its salary saga, one uncomfortable truth has emerged from the volatile line of argument.

Could it be that women are paid less than men because they are uncomfortable about negotiating their worth?

It’s a controversial view – expressed most candidly by businessman Sir Philip Hampton, who said that despite having many women reporting to him over the years, he had “never, ever had a woman ask for a pay rise”.

Of course, if this is the case – and the evidence, it must be stressed, is anecdotal rather than empirical – then it still reflects poorly on any organisation that wilfully pays a man more just because he’s tougher in the negotiating room.

And in truth there are many people – both men and women – who feel uncomfortable about negotiating for additional money or responsibility.

So how do you go about making sure your net worth is rewarded in both salary and status?

Here, with the help of leading experts, we offer you the best way to negotiate your way to better perks and pay.

1) Timing is everything, says career coach Caroline Arnold. “Before you ask your manager for a meeting, consider when is the best time for you both to sit down undisturbed. In most workplaces this would mean Monday mornings are best avoided because your boss may well be fire fighting. Conversely, Friday afternoon is probably not a great time either as your boss will, in all likelihood, be winding down for the weekend. If your team is working towards a deadline and a big pitch then avoid this period too. You want your boss to be as relaxed as possible with time to listen to you, so consider having the meeting after lunch.”

2) Fail to prepare, prepare to fail, advises Christian Mancier, Corporate Commercial Partner at Gorvins. “Before going into any form of negotiation around your pay rise, make sure you do your homework and know all your relevant facts and figures: How you are doing against your target? If you are under your target can you calmly put forward an explanation as to why this is and how you are addressing this going forward? If you are over your target is this a one off or is this sustainable going forward.”

3) Spell out what you want. When you have your meeting with your line manager, say that you’d like to discuss your salary. “Explain that you’ve made a note of your justifications for this request and that you’d like to go through it with them if they are agreeable,” adds Caroline Arnold.

4) Talk to recruiters. Obtain a clear picture of the remuneration scales for your role. Explain to your manager where you should expect to be on that scale and why. Are your skills and expertise in high demand? If you are highly marketable, a positive but robust stance to take is to let your manager know that you are happy and would like to remain with the business in the longer term, but there are more attractive remuneration packages available to you. If your manager knows that it will cost more to replace you, you are in a strong negotiating position.

5) Link your pay-rise to employers’ drivers e.g. their business objectives, KPIs, promotion, bonus etc (best done implicitly)  says Simon Horton, author of The Leader’s Guide to Negotiation. “And anchor the conversation in your favour: find out the maximum possible figure in the marketplace for your role (e.g., in the City or in Silicon Valley) and mention that figure early in the discussion. Now, all figures will be considered in the light of that (extremely) favourable figure.”

7) Appearance is vital, says Neil Clothier, Senior Corporate Negotiations Strategist at Huthwaite International, sales and negotiation specialists. “You might have a sound argument with evidence to back you up, but if you don’t look the part, your argument is weakened. Managers want to invest money into professionals, and one’s interpretation of ‘professional’ includes the look. Dishevelled clothing, poorly prepared notes and other indicators of a being in a rush will diminish your ability to be persuasive. Acting desperate and like you need this pay rise will automatically put you on the back foot and give your manager the upper hand to strike a better deal.”

8) Be prepared for a counter offer, adds Neil. “Managers will want to get your pay rise down, this isn’t personal, it’s just business. Consider your options. Would you be prepared to accept a lower rise but more annual leave for example? Go in higher than you would like so if a counter does come, you can negotiation based on your other options and you are not taken by surprise.”

9) Make sure you understand how the company is performing, says Caroline Arnold. If market conditions are tough but your contribution to your employer is nonetheless significant, perhaps consider negotiating medium/longer term rewards rather than an immediate pay rise. For instance, you might accept a modest pay rise and a promise of a greater increase in 12, 24 or 36 months. You might be promised a deferred bonus or an increase in pay which is backdated. Similarly, stock awards or other incentives might be available. Irrespective of what is agreed, it is essential that you and your employer set out the agreement in plain English in writing or in email, so that there is no confusion or doubt further down the line over what is awarded.”

10) Finally, use the power of silence, adds lawyer Christian Mancier. “Don’t be tempted into speaking or committing yourself to an offer too early. Negotiation is about pacing. An appropriate response to the first offer might be, ‘Thanks for that, I’m going get to back to you on it’.”