With companies being urged to support the Black Lives Matter movement, here are five steps managers can take to improve the workplace for employees from ethnic minority backgrounds 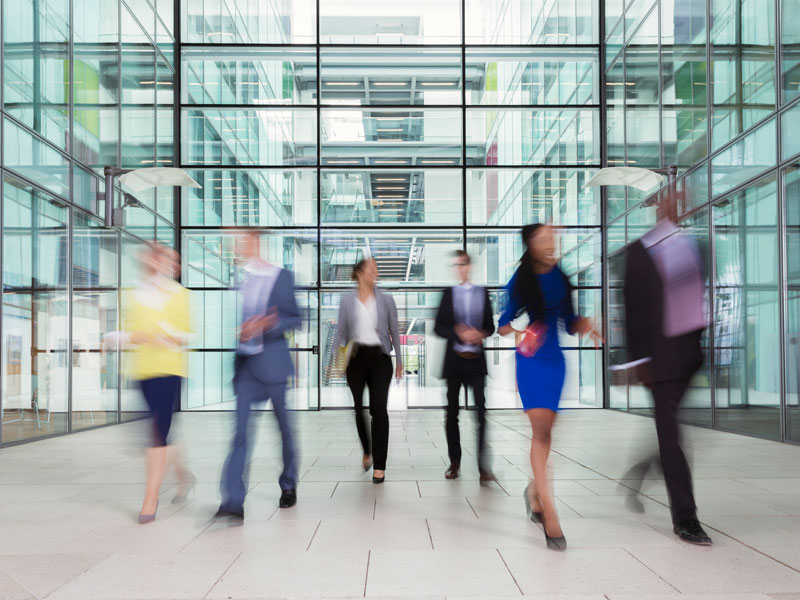 In 1986, Brent Staples described how he came to terms with the realisation that white people perceived him as “suspect”. In his seminal essay, Just Walk On By, the writer explained the alienation he felt on a daily basis while navigating white pedestrians’ hostility towards him, and the meek persona he adopted to stay out of harm’s way. “I chose, perhaps unconsciously,” he wrote, “to remain a shadow—timid, but a survivor.”

Staples’ words are just as relevant today as they were in 1986. The killing of George Floyd by police officers in the US has prompted many people from ethnic minority backgrounds to reflect on the racism they experience in their day-to-day lives. Mark Mason, Chief Financial Officer at Citigroup and one of Wall Street’s most senior black executives, wrote on the company’s blog in late May that Floyd’s killing was a reminder that black people are often denied the “basic privileges” that white people enjoy. “I’m talking about something as mundane as going for a jog,” he said.

Racism, in any form, takes a significant toll on people’s wellbeing and, inevitably, on their work as well. While many companies – from Apple to Lego to Saatchi & Saatchi – have responded to Floyd’s death by proclaiming their support for Black Lives Matter, these statements can seem hollow when not backed up with action to make their workplaces more diverse and inclusive. Now more than ever, companies should ask themselves how they make their workplaces better for employees from ethnic minority backgrounds.

Take a stance
Many business leaders and managers probably assume that racism is not prevalent in their company. But their employees may tell a different story. The Twitter hashtag #BlackintheOffice, which was created to share stories of racism in the workplace, gives an insight into the covert and overt harassment that people from ethnic minority backgrounds can experience at work due to the colour of their skin.

Managers can’t guarantee that similar stories aren’t unfolding in their own teams. They should recognise the possibility of this in a company statement in which they also clarify that support is there for all employees. To give these statements more weight, managers should consider individually reaching out to non-white employees for their perspectives on how the company’s culture could be improved.

Listen and act
Perhaps the most impactful thing a manager can do is simply listen to their employees. Those from minority backgrounds may have complaints they’ve been afraid to report or ideas for inclusivity they’re worried will be ignored. It’s important managers invite this feedback and take it on board.

Managers should also be aware that this process will take time. Erin L Thomas, Head of Diversity, Inclusion and Belonging at Upwork wrote on Twitter that “taking on too much” and spreading themselves too thin is a common mistake of companies trying to improve diversity and inclusion at work. “It took me three months to uncover the ins and outs of Upwork’s Black employee experience,” she wrote.

Create safe spaces
Many studies have confirmed the link between racism and psychological distress. An event like George Floyd’s killing can be collectively traumatising for many members of the black community, triggering feelings of grief, anger and pain.

Safe spaces can help employees address these emotions with others who may be feeling the same way. Inevitability, workers may feel reluctant discussing emotional trauma with their direct line-manager. For this reason, managers should consider not participating in this discussion and leaving this up to non-white employees instead.

It is worth bearing in mind that every individual is different in terms of how much support they require. It might be worth offering counselling sessions for any employees who feel they need it.

Promote anti-racism
Supporters of the Black Lives Matter movement often state that simply being “not racist” is not good enough. Ibram X Kendi, author of How to be an Antiracist, distinguishes between a “not racist” and an “anti-racist” in the following way: “One either allows racial inequities to persevere, as a racist, or confronts racial inequities, as an anti-racist. There is no in-between safe space of “not racist.”

For an organisation to be truly inclusive, white employees must be allies to people from ethnic minority backgrounds. It’s important that managers provide their white employees with the resources necessary to understand how they can do this. A good first step might be setting up an expert-led discussion on what it takes to be actively anti-racist.

Set measurable goals
To create lasting change in response to the Black Lives Matter movement, those in management positions must make themselves more accountable for the progression of diversity and inclusion in the company. Some firms have taken particularly big steps to ensure this happens; one organisation in Ohio in the US links its top executives’ annual bonuses to diversity goals. Other methods include publishing the company’s diversity metrics and sharing how many underrepresented employees the organisation hires, as well as how many are promoted, in order to incentivise change.

No one gesture will serve as an appropriate response to this year’s protest movement. But by taking repeated actions and measuring their progress, companies can make the changes needed to create a more supportive and inclusive workplace.