Companies often talk a good game when it comes to ethics, but many fall short of the high standards they set themselves. Here, we outline five ways leaders can help to engender a more considerate workplace 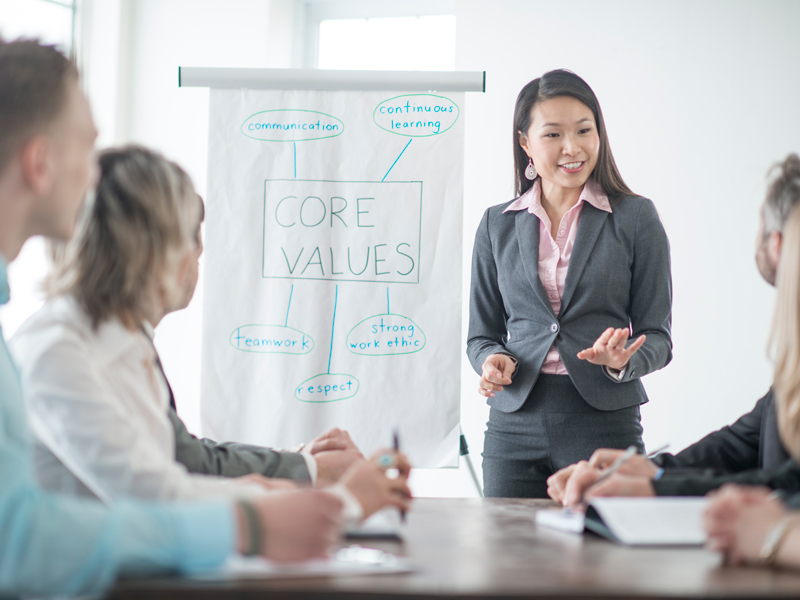 What do Nissan, Toshiba, Wells Fargo, Arcadia, Volkswagen and Petrobras have in common? They have all been in the headlines for the wrong reasons – swept up in the latest wave of high-profile corporate scandals.

In some of these cases, the CEO’s behaviour was directly to blame. The Philip Green scandal at Arcadia – which flared up after allegations of sexual harassment, bullying and racism arose, leading to calls for his knighthood to be revoked – was a recent example of a CEO reportedly steering his company awry. Another was the case of Carlos Ghosn, who transformed from ‘superstar CEO’ – having turned around the fortunes of Nissan and Renault – to being accused of financial misconduct. Both Green and Ghosn have maintained their innocence.

Public outcry has often taken aim at executive leaders’ willingness to tolerate a culture of misconduct in their business. Regardless of whether the CEO was personally involved or just turned a blind eye to abuses in their organisation, their public image has been tarnished. The perception that unethical leaders are spared of any legal consequences and then rewarded with handsome financial packages upon their departure hasn’t helped either.

Although some CEOs sully the reputations of their companies through bad behaviour, others choose to lead ethically, revitalising the public’s confidence in corporate culture. Achieving this isn’t easy, though, nor is it an intuitive skillset. In practice, senior executives often view ethics and compliance as a niche functional concern; a needless distraction from developing strategy and producing growth. This viewpoint impedes efforts to instil an ethical culture. As such, leading ethically requires a new approach that embeds ethics into the process of decision-making. Here, we outline five ways to create a more ethical company culture.

1 – Clearly communicate ethical standards
To institutionalise ethical conduct, ethical standards, practices and expectations need to be communicated clearly and consistently to all of an organisation’s stakeholders, including third-party business partners. There must also be tangible consequences for those who fail to live up to these standards, as well as channels for employees to seek guidance when they are unsure about their company’s ethics.

2 – Make ethics a priority in hiring, promotion and rewards
Being an ethical CEO requires the prioritisation of ethical concerns when hiring, promoting and rewarding employees. A consensus is emerging that an ethical company’s aim should not solely be to maximise profits and growth, but to also work responsibly and produce benefits to society. Hiring people with the right ethical compass is an integral part of this.

It’s essential to vet all hires to ensure that those entrusted with leadership roles have a consistent track record of demonstrating their integrity. It’s equally important to weigh ethical performance heavily into decisions around promotion and reward.

3 – Foster a speak-up culture
Employees are the eyes and ears of an organisation – not to mention the conscience. One shouldn’t assume that a lack of whistleblowers is an indication of good ethical practices: it can also signify a culture of fear, silence and pressured conformity that prevents legitimate concerns from reaching your desk.

One shouldn’t assume that a lack of whistleblowers is an indication of good ethical practices: it can also signify a culture of fear, silence and pressured conformity

Employees should feel empowered to speak about ethical issues without fear of reprisal. A CEO’s job is to ensure there are secure, accessible channels in place for employees to report their concerns, and that any allegations are addressed swiftly and thoroughly.

4 – Build awareness through training
Employees can’t just be told to be ethical – they must be trained and encouraged to enact ethical decision-making processes. In a global organisation, it’s critical to tailor ethical teaching and compliance training to each country, taking into account local languages, culture, risk profiles and law. Ethical training can be made relatable by incorporating real-life problems and the lessons learned from past lapses into sessions.

5 – Lead by example
The most effective way for leaders to inspire ethical conduct in employees is to demonstrate it every day in their own behaviour. This can include holding leadership teams accountable for ethical lapses and not giving charismatic, high-performing managers a pass when they circumvent the rules in pursuit of profit.

Put simply, there is a human dimension to ethics and compliance that cannot be left to its own devices. It begins with the personal integrity, judgement and competence of an organisation’s people – most importantly, the CEO and senior leadership team.