Top 5 ways to encourage gender diversity in the workplace

Thanks to increased media scrutiny, gender diversity is now high on the agenda for many companies. However, many firms underestimate the importance of long-term planning in achieving parity 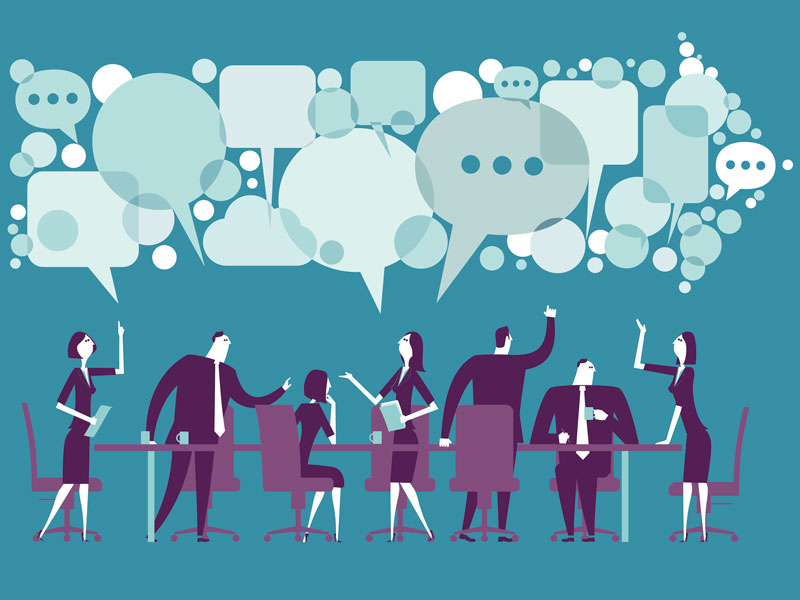 By providing access to flexible working options, companies are much more likely to retain more experienced women who might be eligible for senior positions
Management

It’s become increasingly clear in recent years that a more gender-diverse workplace not only gives greater opportunities to female employees but is also good for a company’s bottom line. A 2016 report by Morgan Stanley found that the stock prices of gender-diverse companies typically outperform those of their male-dominated rivals, while the Boston Consulting Group has found that they also tend to have higher revenues.

Despite the compelling case for gender diversity, the proportion of women in top management positions remains slim. According to Eurostat, women only make up 36 percent of managers in the EU, and just 27 percent of board members.

Clearly, more needs to be done to help women achieve greater parity in the workplace. According to a 2016 McKinsey study, companies with greater levels of gender diversity are more likely to implement diversity programmes. This suggests that to succeed, companies need to work over the long-term to achieve greater diversity, using a multi-pronged approach. With that in mind, European CEO lists five key principles that should be the foundation of gender diversity strategies.

Set up mentoring schemes
Mentors play a vital role in boosting the confidence of new employees and helping them realise their full potential. However, when it comes to mentoring women, too many companies are falling short. The Boston Consulting Group found in a survey of departing employees that women cited mentorship as the number one topic the company needed to improve on.

With the right mentor, women can see that their professional development is being taken seriously, helping them to adopt a growth mindset

Of course, all employees stand to benefit from a mentor who will champion their personal development within the company. However, the lack of women in leadership positions shows that women have much to gain from additional mentorship and support. With the right mentor, women can see that their professional development is being taken seriously, helping them to adopt a growth mindset and seek out new opportunities that will challenge them.

Make recruitment processes more inclusive
There are a number of ways that companies can attract a diverse pool of candidates – gender-blind hiring is becoming increasingly popular. This ensures that employers evaluate candidates’ applications based purely on their skills and experience without letting unconscious biases influence their decision.

Another technique that can be employed is writing job descriptions so they are more inclusive. Phrases with masculine connotations, such as aggressive, determined and rock star, have been shown to deter women from applying to jobs.

Reducing the number of job requirements can also attract more female applicants. Studies suggest that men will apply for jobs even if they meet only 60 percent of the requirements listed. Women, on the other hand, tend not to apply unless they meet all of them.

Offer flexible working
For women with children, flexible working can prove vital to keeping career momentum and progressing up the corporate ladder. By providing access to flexible working options, companies are much more likely to retain more experienced women who might be eligible for senior positions. This can also prevent discrimination against older women.

To alleviate the impact of childrearing on women’s career development, men should be given greater flexibility too. Flexible working makes it easier for men to take on domestic commitments and play a more active role in their children’s lives. Over time, this can dispel the expectation that childcare responsibilities should fall on women.

Improve transparency around pay
The gender pay gap remains an issue around the globe; the World Economic Forum estimates that it will take more than 100 years to close it worldwide. However, there are a number of things that employers can do to bridge the gap within their company.

Several of these methods are related to the promotion and retention of female employees. For example, when hiring for senior positions, companies should always make sure that at least one woman is considered for the role.

Perhaps the most effective way for employers to reduce pay inequality is by improving transparency around salary. If a pay range is established for each position and made clear to employees, it is much less likely that there will be discrepancies in what people in the same role, with similar levels of experience, are paid.

Create a culture that embraces diversity
One of the greatest challenges to overcoming gender inequality at work is a lack of alignment across different areas of the business. Gender diversity is not the responsibility of one individual; it’s an issue that every member of the company needs to engage with.

To ensure this is the case, companies must foster a culture that embraces gender diversity. First and foremost, it’s important that all leaders in the firm are behind the mission. Positive change is most likely to happen when it is championed at the top. Managers should be transparent about the problems that exist within the company and set internal targets to address them.

Finally, companies need to consistently measure their progress in meeting these targets. By following these steps, firms can make gender diversity a top priority for the business.