200 business leaders have come out in favour of Scottish separation, countering a recent petition by the no campaign 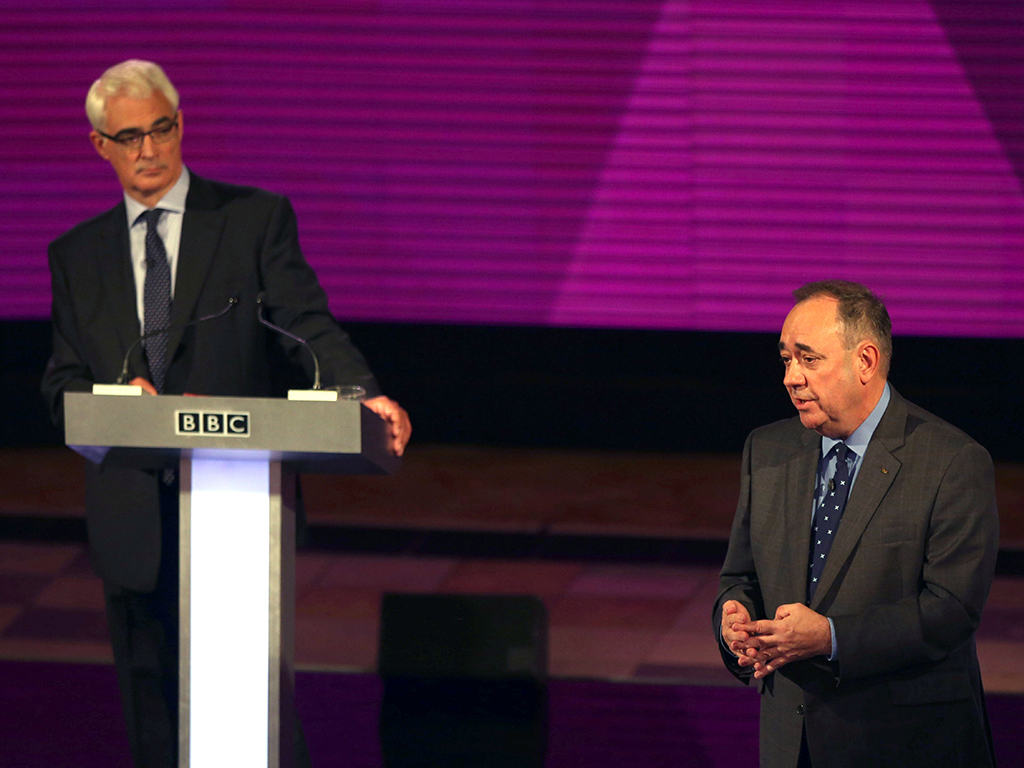 Alistair Darling, leader of the 'Better Together' campaign and Scotland's First Minister Alex Salmon debate the merits of Scottish independence on live television. Today's signatures in The Herald are a blow to No campaigners
Management

A letter bearing the signatures of 200 business leaders backing Scottish independence was sent to newspaper The Herald on Thursday. The open letter countered a similar declaration sent to The Scotsman by 133 businesspeople.

The original letter, organised by Weir Corp’s Keith Cochrane, had been signed by no-campaigning key players including HSBC chairman Douglas Flint, CEO of Scottish whisky maker Ian Curle, and chairman of Baxters food Audrey Baxter. It read: ‘Our conclusion is that the business case for independence has not been made.’ It criticised confusion over currency, tax, pension schemes and EU membership.

Launching their counter-attack, the 200 Yes signatories, including Stagecoach chairman Sir Brian Souter, former Royal Bank of Scotland chairman Sir George Mathewson and former CEO of William Hill Ralph Toppin, stated that separation would ‘give our many areas of economic strength even more of an advantage in an increasingly competitive world’. They added it would grant ‘more opportunities for our talented and determined young people to stay and succeed’.

The advert reportedly drove some – such as Sandra Grieve, former Scottish Liberal Democrats convener – to convert to the Yes side

The Yes letter said Westminster was exploiting Scotland through ‘tax raids’ on the North Sea oil industry and neglecting long-term considerations. It said: ‘Scottish industry is often treated as a cash cow rather than a strategically important part of a more prosperous and fairer society.’

It comes after the launch of a controversial Better Together campaign advert, The Woman Who Made Up Her Mind, which sparked a twitter controversy for what many felt was a sexist approach. The advert reportedly drove some – such as Sandra Grieve, former Scottish Liberal Democrats convener – to convert to the Yes side. “I was a very clear no, but I’ve been increasingly uncomfortable with what I experience as a condescending smugness from Better Together,” she told The Guardian.

The pro-independence petition follows an announcement by yes campaign group Business for Scotland that it now has more than 2,500 members. It also comes in anticipation of Cameron’s speech to the Confederation of British Industry’s Scottish conference, where he is expected to state the role played by the UK in Scotland’s trade.