Astex demonstrates the power of open innovation in pharma

Improved interactions between pharmaceutical companies and third parties have inspired some of the latest industry advances. Nowhere is this better illustrated than in the case of Astex 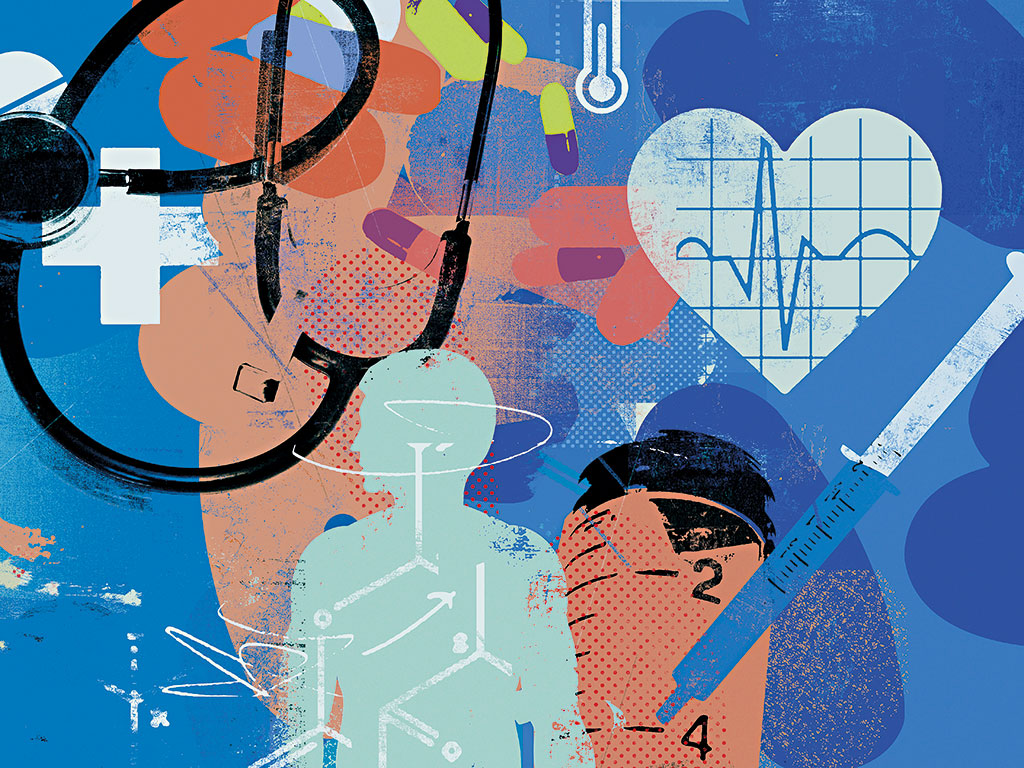 Used originally in the 1960s to describe a situation in which knowledge and expertise is imported and exported by a company to foster internal innovation and expand opportunities for its products, ‘open innovation’ has made a return in recent times. Embraced, largely by R&D organisations, to foster transparent interactions between companies, the concept has done a great deal to inspire the very latest industry developments.

European CEO spoke to Harren Jhoti, President and CEO of Astex Pharmaceuticals, and winner of the Best CEO in the Biotechnology Industry 2015 award, about the concept and its significance in the pharmaceutical industry.

Open innovation has now taken hold in the vast majority of pharmaceutical companies, and has invigorated internal research groups as well as providing significant opportunities for both biotech companies and
academic institutions

What is the role of open innovation within the pharmaceutical industry?
The industry has suffered a significant decline in productivity in the last 25 years, although recent data indicates an improvement in the last few years. One of the key reasons for this decline was that internal R&D groups were unable to deliver the same output of new medicines as during the golden decades of the 1970s and 80s.

Many industry observers cited a lack of internal innovation as a contributory factor to this reduction in productivity, and encouraged large pharmaceutical companies to embrace the wider biotech and academic ecosystems. As a result, open innovation has now taken hold in the vast majority of pharmaceutical companies, and has invigorated internal research groups as well as providing significant opportunities for both biotech companies and academic institutions to establish strategic partnerships with big pharma.

Why is it so difficult to secure funding from public markets?
It is unclear why, historically, there has been limited investor appetite for biotech stock in the UK, given the size and sophistication of the London market. Some observers believe it is a legacy left over from the failure of some of the early UK biotech companies, such as British Biotech in the 1980s, and the resulting losses made by investors. However, others are of the opinion that London investors tend to have a lower appetite for risk compared with US investors, which explains a more general reluctance to fund technology companies.

Whatever the reasons, it is clear that this has held back the development of UK biotech firms, and for now some of the most promising UK companies are choosing to launch their IPOs on US exchanges such as NASDAQ. However, in the last two years there has been some cause for optimism, as several biotech companies have successfully gone public in London, with one called Circassia raising a record amount of finance.

What alternative means of financing has Astex turned to?
As a private company, Astex was largely financed by European and US-based life science venture capital firms, such as Abingworth, our founding investor. In the first two rounds of funding we raised about £45m in total, one of the largest VC funding rounds in Europe at the time. Later, we were also able to generate significant finance from a range of strategic partnerships that we established with major pharmaceutical companies, such as Johnson & Johnson, Novartis, AstraZeneca and GlaxoSmithKline, who wanted to access our technology platform. These deals typically involved multi-million dollar upfront payments, in addition to downstream milestones and royalties on future marketed products originating from the partnerships. We also accessed smaller amounts of finance from research charities, foundations and organisations such as the Wellcome Trust to facilitate some early stage research programmes.

What research is Astex currently working on?
Astex pioneered a novel approach called fragment-based drug discovery to discover new small-molecule medicines. This approach has certain advantages over the conventional methods that most big pharma companies typically use to discover new drug candidates, but requires sophisticated biophysical techniques. One of our key goals is to maintain our leadership position in this technology by developing new methodology, as there are now many competitors in this area. Furthermore, we also continue to focus on our primary therapeutic area of oncology, in which we are discovering multiple new drug candidates which one day may become effective medicines for patients with cancer. More recently, we have begun to work on neurodegenerative diseases such as Alzheimer’s and dementia, a major challenge for our ageing society. In both oncology and neurodegenerative diseases, we pursue a strategy of trying first to understand the molecular basis of the disease and then developing a targeted therapy which can arrest its progression. This approach is generally referred to as ‘precision medicine’.

What is the most exciting thing to come from this research so far?
One of our most exciting programmes is a collaboration with Novartis, in which we have developed a drug candidate, called ribociclib, that has shown significant promise in clinical trials of patients with breast cancer. Industry analysts speculate that this may be a future blockbuster drug, which could help many cancer patients. Clinical trials performed by Novartis have shown that ribociclib is a highly targeted anti-cancer agent, which has reduced tumours in patients with breast cancer when used in combination with other oncology drugs. Assuming the development of ribociclib continues well, Novartis is planning to file for market approval in 2016.

In layman’s terms, how effective are targeted cancer therapies?
Cancer is a disease that involves some normal cells in the body losing their ability to control their growth. Rapid growth and division of these cells results in tumours, which eventually damage the surrounding organs and often cause fatal outcomes. In the past, there was a very poor understanding of how and why these cells lose the ability to regulate their growth. However, in the last 30 years, fundamental research has provided answers to these questions and revealed the mechanisms that result in cancer.

Targeted therapies are designed specifically to block these mechanisms and have shown spectacular efficacy against some types of cancer, such as melanoma. Another area of great excitement in oncology drug development is immuno-oncology. Here, drugs are being developed that are designed to stimulate the body’s own immune system to fight cancer cells, and recent examples have shown very impressive results with some types of cancer.

What makes targeted therapies preferable to traditional chemo drugs?
One of the main advantages of targeted cancer therapies over traditional chemotherapy is that the side effects are significantly reduced. Chemotherapy is not designed to target only cancer cells and so often kills many healthy normal cells, which can result in devastating side effects for the patient. Chemotherapy can still be very effective against some cancer types, but the side-effects need to be carefully managed. There are also some side effects associated with targeted therapies, but these tend to be milder in comparison.

What does the future hold for Astex?
In 2013, Astex was acquired by Japanese pharmaceutical company Otsuka for $886m, which was the seventh-largest global M&A transaction in the biotech sector that year. The primary driver for Otsuka in this deal was Astex’s leading position as a drug discovery technology pioneer, in addition to our portfolio of cancer drugs. Astex now operates as a wholly owned subsidiary and is a key component of the Otsuka organisation. Our future is bright, as we begin to apply our leading fragment-based drug discovery technology to new therapeutic areas, such as neurodegeneration, in addition to our ongoing commitment to oncology. Furthermore, given our location in Europe’s premier biomedical cluster, Cambridge, we will be able to play a central role in open innovation relationships with some the world’s leading academic institutions. I believe this will help us produce the medicines of the future.